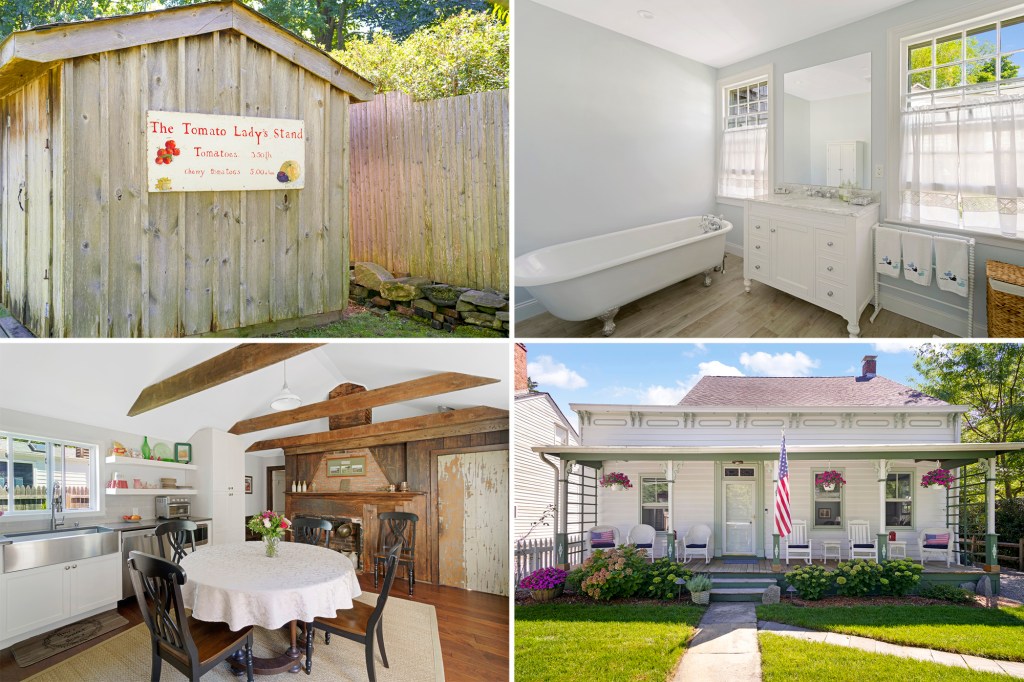 The home where Hamptonites flocked for the area’s best tomatoes has hit the market for the first time since the mid-1800s, asking $1,795,000, The Post has learned.

Named the Holton House, the Sag Harbor property has been owned by the same family for two centuries, an occurrence that has been pegged by the realtors as “extremely rare.”

Many locals and culinary celebs would buy from famed “Tomato Lady” Carol Olejnik’s stand, located across from where she lived on Main Street.

“The ‘Tomato Lady’ stand started with my grandmother in the 1970s when she herself was in her 70s. She was in business with a family who had fields in Bridgehampton,” Elizabeth McGuire, Olejnik’s niece, told The Post. “The stand in front of our house became very popular for the variety and taste of the tomatoes.

“It also became a hot spot for neighbors in the community to gather, helping my grandmother, and sharing fresh-made lemonade and age-old stories,” continued McGuire, who noted that the first deed she still has dates to 1853. “My grandmother would sit on the porch waiting for her next customer until she was 89.”

In the summer of 1996, several years after her grandmother’s death, McGuire’s aunt took over the stand and added other vegetables, and even flowers, to the available bounty, she said. Olejnik worked at the stand for two decades, until she was diagnosed with leukemia in April 2016. She died at home at age 74 in September 2017.

But the stand’s mystique remained.

“For years after my aunt’s passing, when late July came around, I would see bewildered people around our house … until they finally would ask … do you know where the ‘Tomato Lady’ lives?”

And the structure itself isn’t the only aspect of the property with a long history.

“The grapes that are growing in the backyard are grapes brought here in the early 1900s when my maternal great-grandparents, Giuseppe [changed to Joseph] and Salvatrese Laspesa, immigrated here from Palermo, Italy,” said McGuire.

Of course, some things have been modernized over time. In 2018, the entire lower level of the home was renovated down to the studs, adding new electrical, plumbing and central air conditioning, according to the listing.

The eat-in kitchen is a showpiece, featuring an original brick hearth and modern appliances. Additionally, a generous, covered front porch adds to the recently reconstructed home.

A guest bedroom and full bath are also located on the first floor.

Spanning 1,634 square feet, the home also features a shaded back patio that faces the backyard with mature landscaping — as well as the Italian grapevines first planted at the turn of the 20th century.

“Holton House is ready for your personal touch and possibly room for a pool,” the listing states.