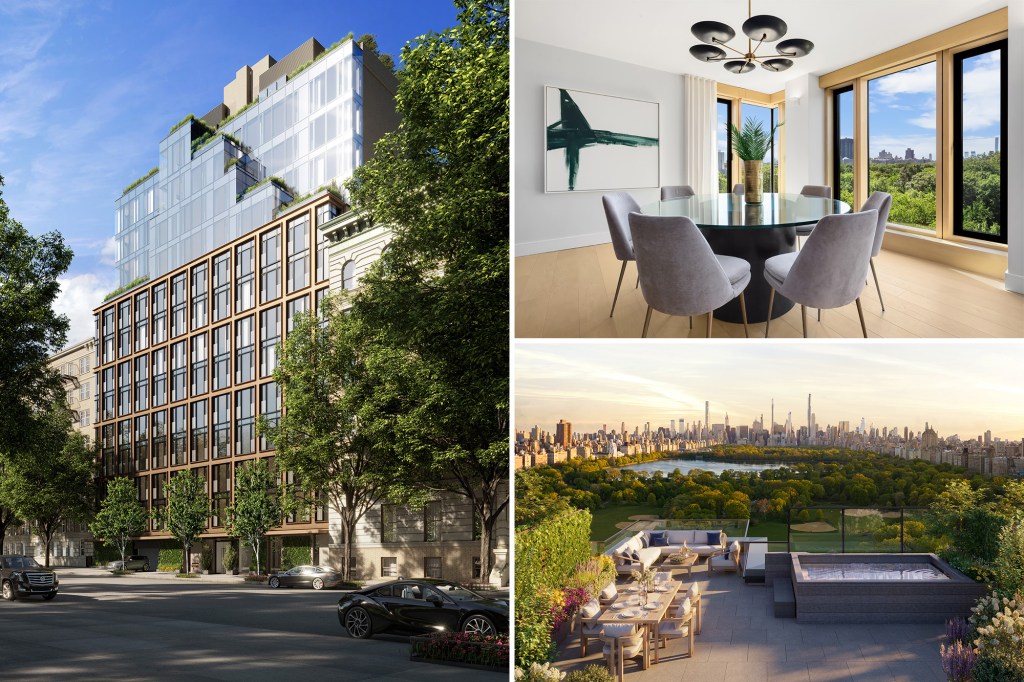 This Harlem penthouse has four bedrooms and three bathrooms across 1,902 square feet of space, but another number makes it stand out.

The unit has entered contract with a yet-to-be-ID’d buyer for $4.99 million, or $2,628 per square foot, making it the highest contract for a condominium so far this year, The Post has learned.

Located at 145 Central Park North along Harlem’s southern edge, and with direct Central Park views through floor-to-ceiling windows, the contract price doesn’t make this unit an all-time neighborhood record for a condo. That title appears to go to a five-bedroom, 3,734-square-foot penthouse located one block away at Circa Central Park, 285 W. 110th St., which sold for $9.45 million in 2018, according to StreetEasy.

This 145 Central Park North penthouse still packs a punch. Its features include a balcony and a private roof terrace — which has space for a Jacuzzi and an outdoor utility sink — that looks out to the park.

Inside, there’s an open-concept living room, dining room and kitchen — the latter of which has custom cabinets and a glass backsplash. The main bedroom has views of the park and an ensuite bathroom with a walk-in shower.

Amenities include a full-time doorman, a gym, a package room, a lounge and a roof deck.

Grid Group Development and GLUCK+ are behind 145 Central Park North, where another penthouse — 1,757 square feet in size — asks $4.75 million.

Sales are led by Ryan Serhant’s SERHANT and Mike Fabbri at Nest Seekers.