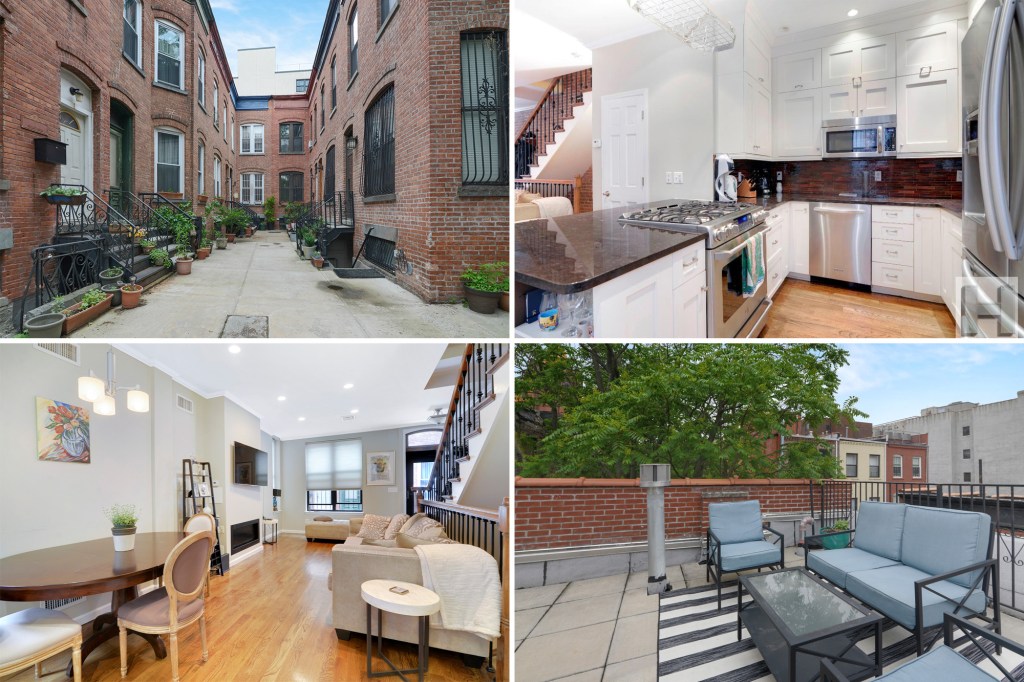 Prime penthouses and tony townhouses may define the peak of New York City living — but there’s also the benefit of living on a tucked-away, and off-grid city street.

And now, one of those secret lanes is looking for a new resident.

A 1,600-square-foot townhouse in East Harlem returned for sale on Monday asking $1.69 million, according to a StreetEasy listing update, after spending four months on the market last year. But more than its full renovation and two private outdoor spaces, this home stands out for standing on a generally unheard-of street.

Its address is 2 Sylvan Court — a blind alley with just seven homes that’s located off East 121st Street between Lexington and Third avenues. Sales there are far from common, with just one deal recorded since 2017 — that one being for this home, which traded hands for $1.32 million late that year. Before that, the most recent home on Sylvan Court, at No. 4, sold in 2011. The other homes there last sold in years spanning from 1985 to 2001, city records show.

“They’re really nice people,” said the listed home’s owner, Harlem Lofts founder Robert Pair, of the block’s longtime neighbors. (Pair owns the spread as an investment property and, through his company, is marketing the property.)

Sylvan Court’s brick homes were likely used as horse stables in the late 19th century, according to Ephemeral New York. And Sylvan Court has similar standing to other tucked-away mews around town, such as Pomander Walk on the Upper West Side and Warren Place Mews in Cobble Hill — which are among the city’s “secret streets.”

Though their locations vary, these mews share a separated, and calmer, atmosphere in common.

“What I liked about it, there’s no noise from the street — there are no people hanging out in front of your house,” said Pair. “You walk down this semi-private sidewalk to the [seven homes] … once you’re up there, you’re really private.

Now, it seems, the chance to live on one of these lanes has become more common — at least in uptown Manhattan.

Beyond this home, Sylvan Terrace in Washington Heights — a former carriage lane now dotted with 20 charming wooden townhouses, which hardly ever sought new residents — has seen a number of recent listings hit the market. Last week, 8 Sylvan Terrace listed for sale asking $1.79 million. At least six homes on the cobblestone street, separated from the rush of nearby Amsterdam Avenue, have sold since 2018 — two of them in the last three months alone.

No. 2 Sylvan Court comes with two bedrooms and 2½ bathrooms inside. There’s also an open eat-in kitchen with granite counters, a separate dining area and, in the lower level, a laundry room. It’s all capped by a roof deck.

“Once you’re up there, you’re really private,” said Pair.

Pair added the prospective buyers so far are condo owners who want to upgrade to a townhouse — one that’s more reasonable in size and in price.

“They’re getting ready to expand and have a couple kids, but don’t want to move into [say] my townhouse, which is 5,900 square feet, so it’s too big,” Pair quipped.