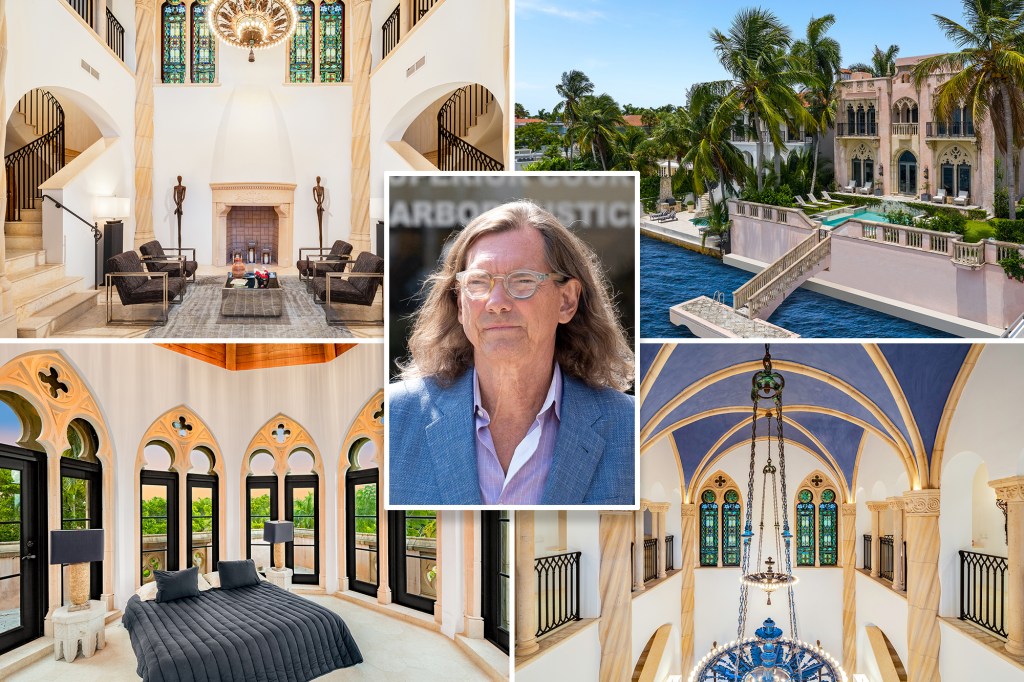 The 63-year-old sold his Miami vacation home for $10 million Tuesday — $2 million over the asking price, sources told The Post. He previously listed it for only $8.2 million last year before allegations surfaced.

Hutchinson has two other homes on the market waiting for buyers; if he gets what he’s asking, the total from the three sales will be $25 million.

His Laguna Beach home, where alleged assaults of minors occurred, was listed in August for $6.885 million, according to property records, and he listed his Carmel, California house for $9.5 million in July, Realtor.com reported at the time.

He reduced the price to $8.5 million on Sept. 13, the day before his Miami house sale closed, records show.

His most famous home, in Dallas, appears to have quietly sold off-market for $3.325 million in August 2020, according to public records.

Hutchinson pleaded not guilty to a felony count of rape and five misdemeanor counts of sexual battery allegations in July. Hutchinson’s lawyer, Dan Hagood, and the company Hutchinson founded, Dunhill Partners, did not respond to The Post’s requests for comment.

On the show, the now 63-year-old commercial real estate developer tried to convince his now 23-year-old restaurant hostess-turned-fiancée, Brianna Ramirez, to move there with him full time from Texas.

“The first time I saw the house, it definitely blew me away. I almost felt like I didn’t fit in this house,” she said, adding “Do you never get tired of this view?”

Hutchinson purchased the home with stone fireplaces and Jerusalem stone floors for $5.6 million in March 2016, according to the listing.

The new owner of the 2009-built home appears to be the VistaVenesia Trust, whose trustee is Alexander Almazan, according to public record. The Post reached out to local firm Almazan Law, founded by Alexander Almazan, for comment.

“I just love arriving at this house,” Hutchinson said in Season 1 of the 2019 Lifetime show. “Walking into my home in Miami gives you a feeling of [relaxed sigh].”

The gothic chapel-like home with peaked windows spans 12,000 square feet with six bedrooms and seven bathrooms, according to listing materials.

The great hall’s ceiling is a 30-foot purple buttressed groin vault in the Norman English Romanesque style, harkening to the 11th-century Cathedral of Durham in England. They are upheld by Solomonic columns, which have corkscrew-like flutes, photos show.

The 0.27-acre lot has a keystone-edged infinity pool, a rooftop sundeck and a cement dock. It has views of the Atlantic Ocean and Biscayne Bay, according to the listing.