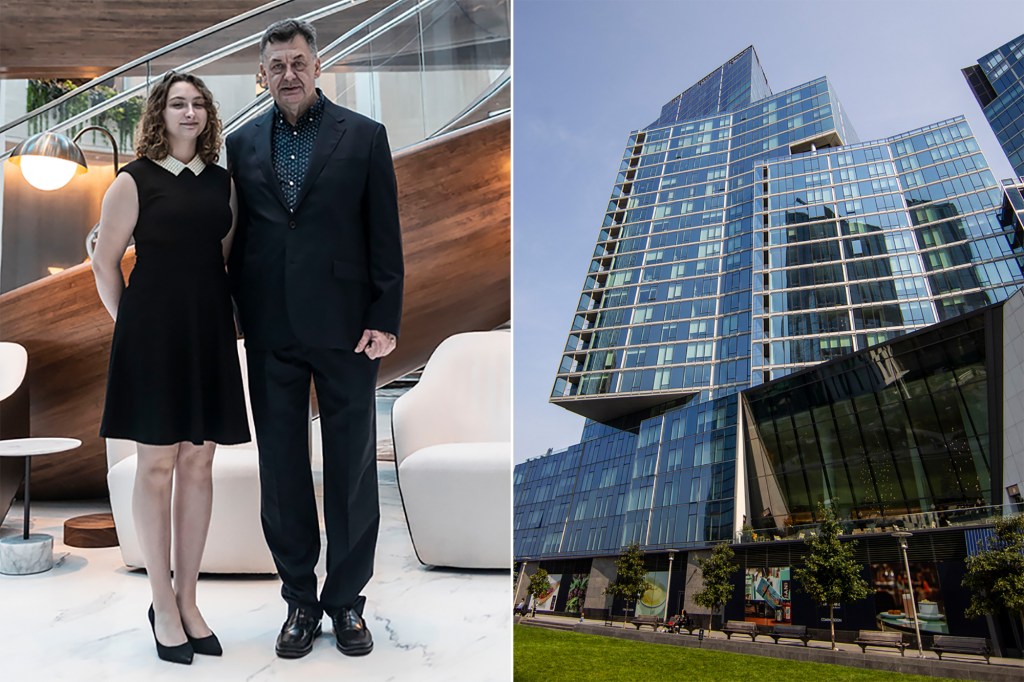 These New Yorkers pay the mortgage on a seven-figure home every month — but they don’t own real estate.

With uncertainty lingering over the future of the pandemic, financial markets and politics, many wealthy New Yorkers are shunning the housing market and opting instead to rent super luxury skypads.

Recently, longtime Virginia resident Dr. John Mathews Pitman, III, accepted a job at Goals Aesthetics and Plastic Surgery in Manhattan and he hired Corcoran agent Norma-Jean Callahan to find him new digs. Initially, he intended to buy, but as early summer’s optimism over freedom from COVID-19 backtracked into fears of the Delta variant, he began to second-guess the wisdom of being locked into a mortgage in Manhattan.

“I wasn’t sure about my safety net if calamity ensues,” said the 64-year-old plastic surgeon, who lives with his daughter Annamaria, 19, a music student at The American Musical and Dramatic Academy. “You have the same problem with renting, but less so.”

After experiencing the shut down of elective surgery during the first wave of the pandemic in Virginia, he worried about a new lockdown call coming down from Albany. So he and Callahan decided to shift gears and search for a rental where he could wait and see how the city fared.

In August, he landed in Waterline Square, a new multi-tower, luxury development in Lincoln Square with both condominiums and rentals. His 1,500-square-foot, two-bedroom, 2½-bath rental costs him a cool $15,000 per month. (By comparison, similar condos at Waterline Square are currently on the market for $3.65 to $4.1 million.)

But for a certain caliber of buyer, whose financial investments may be performing better than the housing market, it makes sense to wait out the economic climate, says Callahan.

“They don’t want to pull money out of a top-performing stock for a $1 or $2 million apartment,” she said.

Although Pitman spent most of his professional life outside of New York, he was raised on the Upper East Side and recalls the city’s shift from the “bucolic” 1960s to the darker days of the 1970s, addled by high crime, homelessness and bankruptcy.

Since moving in, he’s feeling more optimistic about the city’s future — especially after Eric Adams secured the mayoral Democratic primary in July, running on public safety.

Dr. Pitman expects to start the hunt to buy in the next six months. In the meantime, he’s enjoying his plush digs at Waterline Square with their “unreal” amenities, like a bowling alley, basketball court, movie theater, lap pool and sauna.

“It would have been cheaper to buy,” he said. “My rent could 100% finance a $3.5 million mortgage. My decision had nothing to do with affordability.”

Nidenberg, 66, loved his Cobble Hill neighborhood, but recognized that the best inventory was in sparse in supply.

So, he sold his brownstone at a pandemic premium, and he plans to let the overheated townhouse market cool off before making an investment in his next home — ideally, a fixer-upper like the last one, priced right for restoration.

In the meantime, Nidenberg isn’t suffering. His cushy crash pad comes complete with a private terrace, luxurious finishes and amenities, including a lap pool, sauna and rooftop park.

The 96-unit boutique building broke ground in 2019 as a top-of-the-line condo with sales set to launch in March 2020 — until the pandemic halted construction for two months, causing the developers to pivot to rentals.

“We had an inkling that our target condo purchasers might instead become renters,” said Brian Ezra, partner at Avery Hall, the project’s developer. “What are their options? There was little to no model for this category, at least in Brooklyn.”

With move-ins underway since July, Ezra’s gamble seems to be paying off with the building 67% leased.

After a year and a half of stress and uncertainty, many would-be buyers appreciate the ease and flexibility of simply paying rent as opposed to the gauntlet of bidding wars, board approvals, and financing that comes with buying.

For instance, Compass agent Phillip Salem recently found a young newlywed couple a $10,000-per-month two-bedroom rental in a gut-renovated West Village co-op with a garden after scrapping their plans to buy with a $2.5 million budget.

“[Buying] was too much headache,” said Salem.

The co-ops they looked at required 25% down and many needed renovations that involved months-long waiting lists, he said.

With their returns to the office pushed back from September to November, they also started to question whether they’ll stay in the city long term if remote work continues to be a reality.

“Rather than liquidating their stocks and dealing with a renovation in their first year of marriage while working from home, they’re happy renting for the next year,” said Salem.

At least for now, flexibility is beating out equity.

“I worry about the city I love,” said Nidenberg. “It’s got it’s challenges — we all do, as a society.”