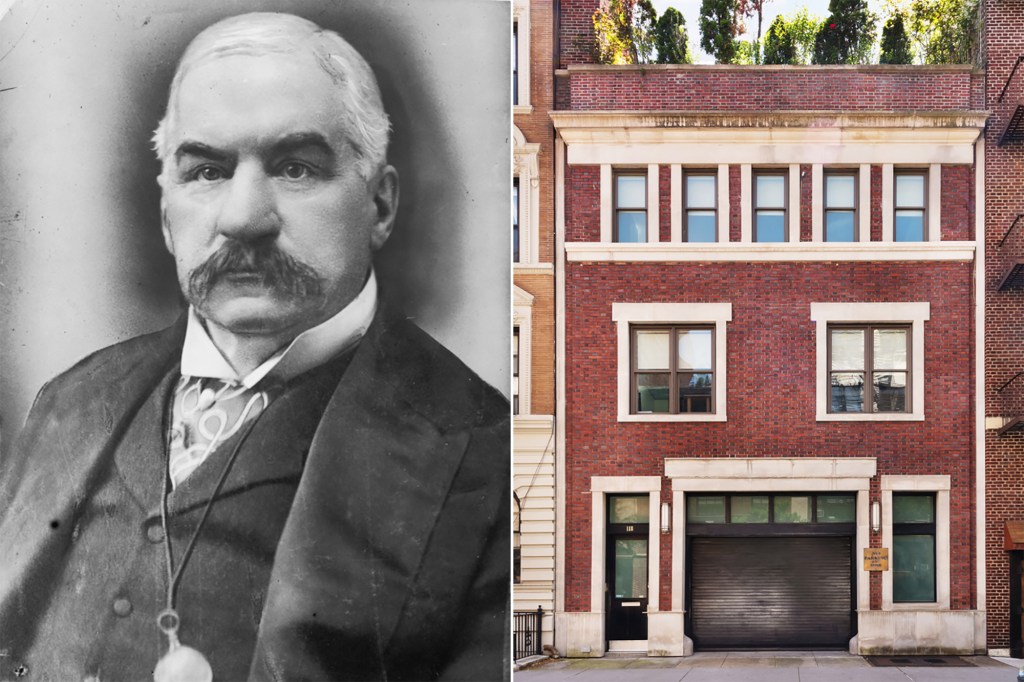 Back in the 19th century, this was J.P. Morgan’s carriage house.

The stately digs at 118 E. 83rd St. feature a hidden pool underneath the kitchen’s oak floor, so think twice before you host any late-night tequila parties.

The pool formerly housed the space used to hoist cars up for oil changes back when it was the Morgan’s carriage house, said the home’s seller, businessman Karan Trehan.

“It was a giant pit,” Trehan said. “I expanded the pit and turned it into a pool, and put a skylight where the hoist was.”

In 1995, Trehan bought the home — between Park and Lexington Avenues — with his then-wife from the Morgan family. At the time, the Morgan kids were using it as “a sort of frat house” for Dartmouth students, Trehan said. Following Trehan’s divorce, he transformed the home into a bachelor pad.

Sliding barn doors separate the main floor great room from another entertaining area with a kitchen and dining area, and a waterfall on a rear wall that opens to an outdoor patio with a grill.

One of the floors is a dedicated main bedroom with a sitting area, gas fireplace, walk-in closet/dressing room and marble bathroom. There’s also a penthouse at the top with a media room, full-sized projector and surround sound.