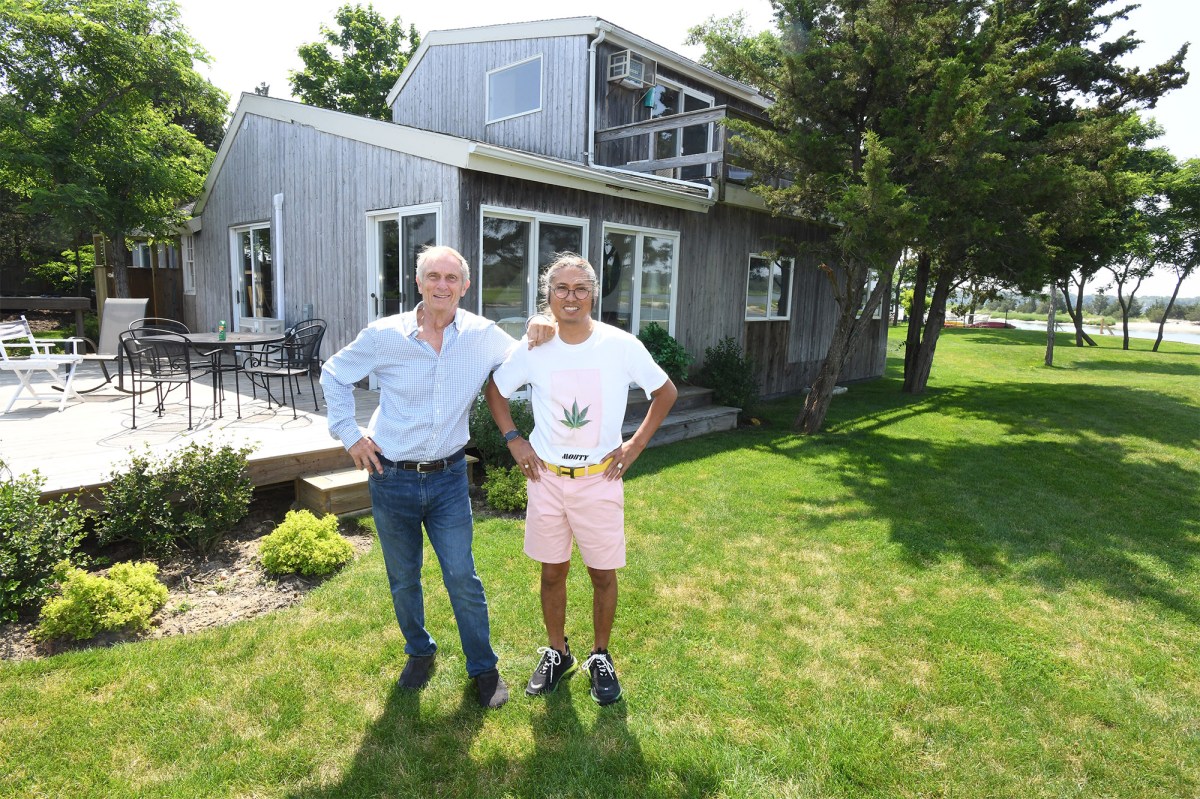 Thumbing their noses at one of the most aggressive markets in history, established residents of the Hamptons are buying up additional homes in the East End.

They’re not looking for a quick flip either. These second home buys are pricey pied-à-terres that provide a different vibe from a primary Hamptons residence. With the contrasting character of each home, weekending feels like a vacation within a vacation.

Yorgos Tsibiridis, a real estate agent with Compass, not only sees the trend on the rise — but is part of it himself.

“It happened to me this year,” he said, referring to his $1.1 million purchase of a second Hamptons retreat.

For the past six years, Tsibiridis has lived in modern farmhouse outside the village of Sag Harbor on an acre of land that he purchased for $1.2 million. There was just one problem: convenience. A smaller 1850s “historic house” just 15 minutes away on Main Street was the answer, he said.

“I wanted to have a place downtown so I can walk everywhere instead of driving,” he said. “I use it to work, stay occasionally and for my kids to walk to the park, which is a block away, after school. I like having both options.”

Tsibiridis said owning multiple homes in the Hamptons has become trendy in recent years — but especially this summer.

“I have people looking for a second place — they’re all the way in Southampton but have friends in Amagansett or Montauk,” Tsibiridis said. “One client was looking in Amagansett Dunes — to have a small cottage by the beach, which is different from their main home. They’ll want a cottage in the dunes or a trailer in Montauk.”

And with rising property values in the area, there’s little downside. “It’s always a good investment.”

But scoring one, much less two, Hamptons getaways is no small feat.

The average price of a Hamptons home rose to $2.4 million in the second quarter of 2021, a 15.6% spike year over year, according to Douglas Elliman data. During the same period, listing inventory plummeted to just 1,081 homes, a staggering 43.3% drop from the same quarter in 2020 — the third lowest level on record.

Just ask George Holley, 80, and Phairot Iamnaita, 38, who after three years of living their best Hamptons life snatched up another home mere miles away.

The couple, who wed in 2014, bought their first Hamptons property — a 120-year-old three-story Sag Harbor fixer-upper with views of the harbor within a stone’s throw of the village — for $700,000 in 2013. They spent the next three years painstakingly renovating their love shack.

The couple, who own a steel door and sign company in the US and Thailand and travel a lot for business, were drawn to the area for the arts, restaurants, and unpretentious vibe.

“It’s like a sophisticated Greenwich Village,” said Holley, noting that their neighbor just happens to be Billy Joel. “It doesn’t feel stuffy at all. You can have a cocktail or two and still walk home without having to worry about anything.”

Then their broker approached the pair with a tantalizing off-market proposition: a dilapidated waterfront property in Southampton with 360-degree water views.

“I make my way through the brush, and the setting is on a peninsula on 150 feet of waterfront,” said a bewitched Holley. “I said, ‘This is incredible. What a peaceful place it is.’”

The couple fell in love on the spot, offered $2.5 million in cash and closed within 10 days to avoid a bidding war. They cite a stark contrast between each of the settings, comparing the complete tranquility and solitude in Southampton with the action and arts of Sag Harbor.

The western-facing Southampton home looking over the Great Peconic Bay is the sweet spot for an unobstructed sunset, but that’s not even the coolest feature, said Holley: “When the weather gets severe, we go to see the storms and waves come in. Bad weather can be just as exciting and dramatic as a beautiful sunset.”

In 2012, Holley pleaded guilty to insider trading and was fined $260,000 and sentenced to three years’ probation. He told The Post, “The judge said there was no criminal intent and I donated $5 million to various causes, and he gave me probation,” which included time in Sag Harbor.

With duplicate sets of everything — razor, toothbrush, even pj’s — switching off is easy. “I don’t even have to take an overnight bag,” said Lamnaita. “We’ve traveled all over the world, but I’ve found there’s no better place than the Hamptons. I couldn’t describe a better lifestyle than the two locations we’re enjoying.”

Amagansett resident Andy Sabin made a similar move. He bought his primary 7,500-square-foot Hamptons address, right down the block from the beach, in 1978 for $205,000 and has lived there full-time since 1991.

He became something of a “gentleman farmer” with a working farm on 7.7 acres. Instead of the typical infinity pool or tennis court that studs most Hamptons pads, Sabin boasts four purple martin colonies, 80 chicks, as well as goats, rabbits, pheasants, quail and peacocks.

“I have the world here in my mini farm,” said Sabin, who founded Sabin Metal Corporation, which recovers and refines precious metals.

But one day by complete chance he stumbled upon a neglected property in the Springs section of East Hampton just 10 minutes down the road.

“I fell in love with it,” he said of the 26-acre property that he bought for $2 million. “It’s a Buddhist paradise — the prettiest spot in the Hamptons. I switch off when I want spirituality and peace.”

With a decidedly eastern Asian feel, Sabin studded the 2,000-square-foot home with prayer flags, Chinese and Tibetan keepsakes, terracotta warrior replicas, Japanese-style tatami rooms, a soaking tub and a stone pass sourced from rivers in China down the quarter-mile-long driveway. An ecological wonder, the property now has a $50,000 turtle sanctuary that he constructed — a “retirement home for turtles,” he said.

“There’s no contact with anybody but a red-tailed hawk,” he added.

Michael Burns has also carved out a duplicate Hamptons sanctuary for his family.

Burns moved from Greenwich Village with his wife and teenaged son to a Sagaponack five-bedroom home full-time about five years ago. A Bronx native and founder of the advertising agency the Burns Group, he said that it is an “antidote” to the hustle and bustle of the city.

“It offered unmatched privacy and something of a sanctuary,” he said. “Truman Capote, who lived in Sagaponack for many years, once described it as ‘Kansas with a sea breeze’ and ‘a place to be alone.’”

But soon the family began to long for a tighter-knit community and bought a condo in the decidedly unstuffy Montauk Shores Condominiums, a 900-square-foot, two-bedroom beachy “surf shack.” Colloquially called the “trailer park,” the 20-acre former tent camp from the ’40s has a fabled history.

“In Sagaponack, you don’t borrow a cup of sugar,” he said of the country’s second most expensive ZIP code, known for its big-name bankers like Lloyd Blankfein and Gary Cohn. “They call it, ‘on Goldman Pond.’ In Montauk, everyone knows each other. Here we have a real community where people know each other’s names, where kids roam free, and where surfboards and skateboards abound. I imagine that this is the same kind of energy that inspired all of that classic Beach Boys music of the 1960s.”

While Burns declined to reveal what he spent on the his new home away from home, a two-bedroom unit in the community, with a pocket known as “Billionaires’ Corner,” recently listed for $1.67 million.

Now, the family decamps to Montauk, a mere 20 minute drive, as soon as the school year ends to enjoy the boho vibe with surfers, nightly beach fires and the strumming of ukuleles.

“Life is simple here,” he said. “It’s like vacation, it’s so different. Everything changes.”