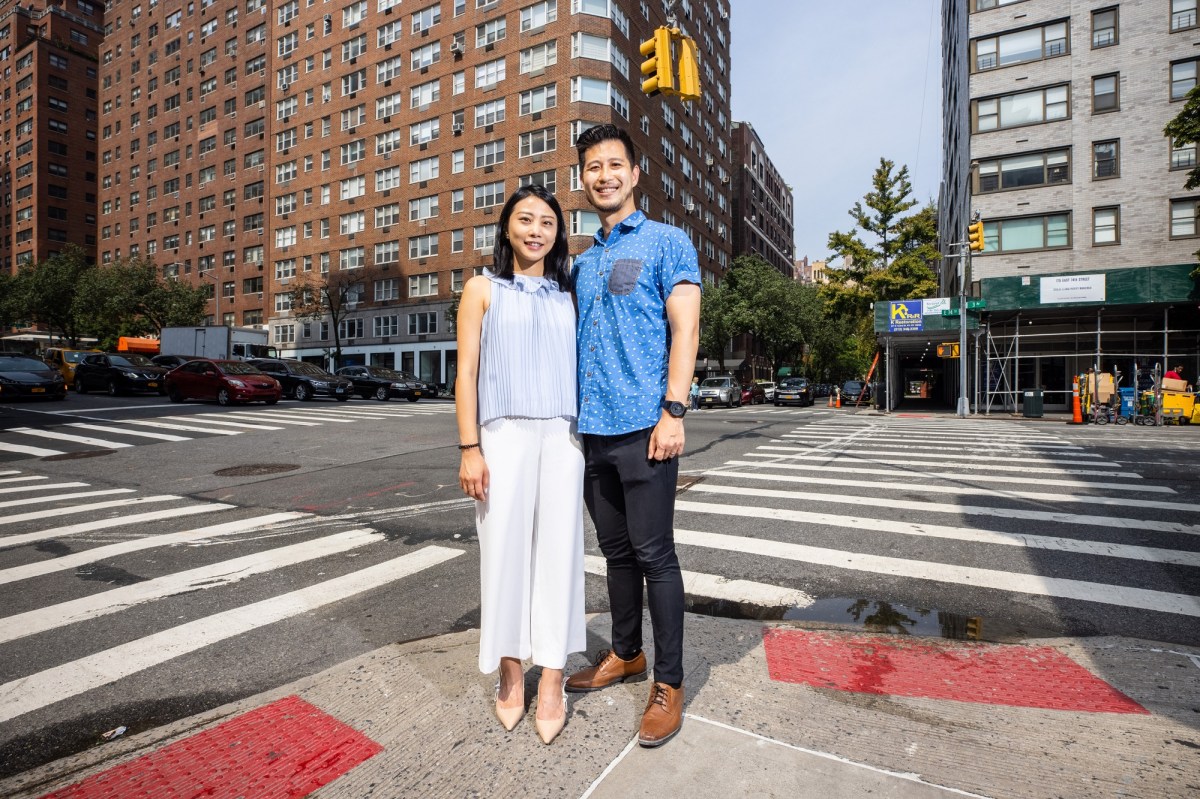 They’re putting their money where their masks are.

Alibaba billionaire Joe Tsai, a citizen of Taiwan, Hong Kong and Canada, was outed this month as the mystery buyer behind a $157 million Manhattan sky palace at 220 Central Park South — the largest residential sale of the year.

For some, the monster deal signaled that a lucrative part of the NYC ecosystem had returned: the well-heeled foreign buyer.

Now, after a slow year of global transactions in the Big Apple, realtors report that they are seeing international interest rebound despite ongoing travel restrictions.

After experiencing life in New York as an NYU student, Wong said pandemic property discounts gave him a chance to return.

“My wife and I decided that we want to spend the next stage of our lives here,” said Wong. “Not for dazzling lights, but for the diversity, the long evening walks and the grit, grime and art. Benefits to our careers were an added bonus.”

They arrived in the city this winter, quarantining and filling out plenty of COVID-related paperwork for apartment viewings. Their search took three months and began with virtual screenings alongside Keller Williams NYC broker William Tabler.

In late April, they finally closed on a two-bedroom, two-bathroom condo on East 75th Street for $1.1 million, a 15% discount on the $1.3 million asking price.

“We felt that things were going to pick up,” he said. “The city is never gonna die.”
Tabler sees their buy as part of a larger trend impacting the city’s housing stock.

“A lot of these buyers are looking for condos with potential to appreciate,” he said.

“They chose to buy because prices have come down, rates are low and believe in NYC coming back.”

Residential sales dropped 28% year-over-year in NYC between March 2020 and February 2021, according to a Property Shark report.

The average sale price of a Manhattan apartment rose 12% in the second quarter of 2021, topping $1.9 million, according to a report from Douglas Elliman.

The speed off the rebound also served as an advertisement for the long-term strength of the NYC market, experts said.

“In their home countries, buyers might find it unrewarding to park money in available instruments such as stocks, which might be too volatile at this juncture of global economy,” said Kunal Sawhney, CEO of the Kalkine Group, a Sydney-based independent equities research firm. “America’s housing market is among the brightest pieces in the economy during the tough pandemic times. This has made the landscape attractive for foreigners.”

While Russian, Chinese and Canadian citizens were always major players in the NYC market, Tabler noted that recently he’s spoken mostly with buyers from Taiwan, Hong Kong, Singapore and Japan.

Cat Liu, director of sales at Extell’s new waterfront condo One Manhattan Square on the Lower East Side, added that the building has recently sold to residents from the Netherlands, France, Canada, China, South Korea and Japan.

“Investors are still eager to capture COVID-19 discounts,” she said.

On the West Side, John Tashjian, a managing partner of Centurion Real Estate Partners, said that there has been a 33% spike in international traffic from January to June at 212 W. 72nd St., a 20-story condo tower near Lincoln Square.

“With the vaccine becoming readily available, an easing of travel restrictions and the anticipation of increasing prices, many international buyers have realized that the opportunity to purchase and finance an apartment at historically low rates won’t last,” he said.

“Foreign buyers are definitely back,” Attias said, noting two recent international deals at the Plaza Hotel for $8.9 million and $20 million, both sold via virtual tours.

But not everyone is quite so optimistic that the foreign buyers’ frenzy has returned in earnest to NYC.

“I just got back from a trip from Europe and a lot of [potential buyers] don’t feel comfortable coming back to the states,” said Douglas Elliman’s Tal Alexander. “The majority of them will not arrive until the borders are officially open.”

Nevertheless, Kazuyo Matsui, 64, who has worked in film and television in Japan for 47 years, felt the Empire State’s lure during the pandemic.

She settled on a one-bedroom, 1½-bathroom residence at One57 for the price of $2.9 million.

“I wanted to help New York recover from the pandemic,” she said. “This is my way of showing how much I love the United States. New York is the most exciting city in the world for me.”