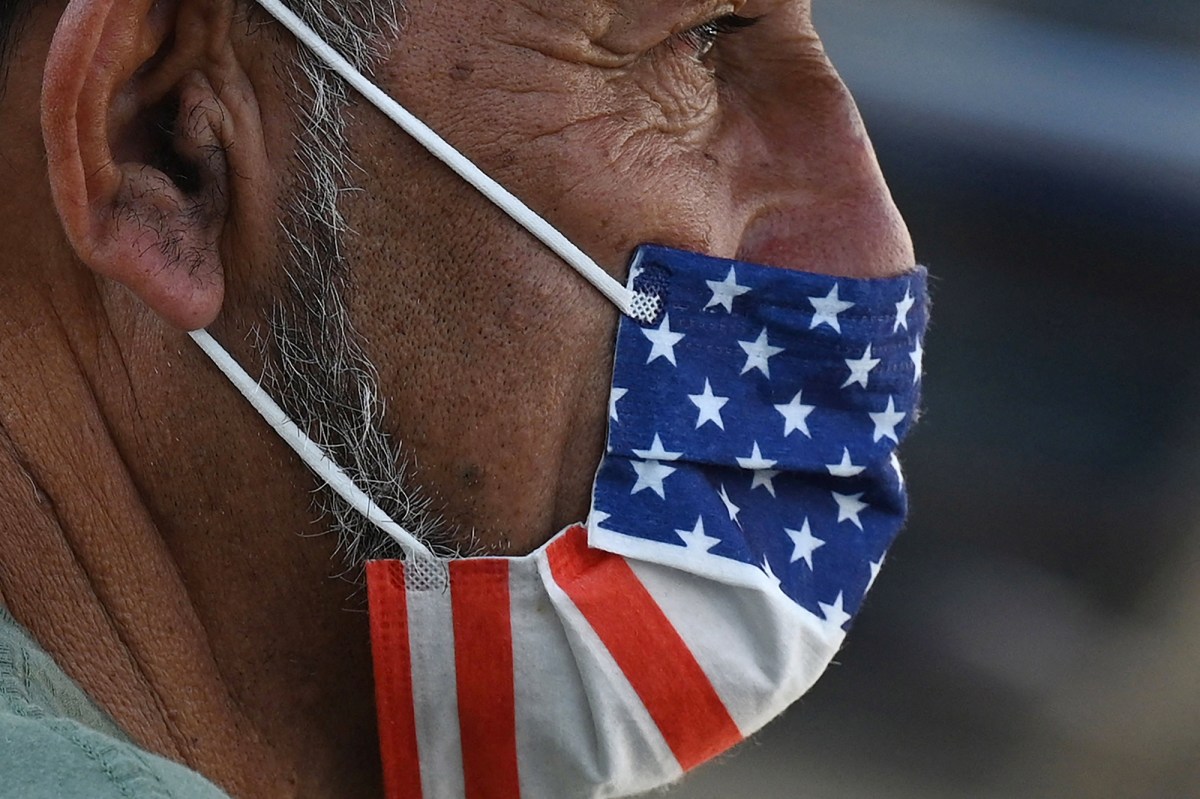 A new indoor-mask mandate proposed by the CDC would undercut efforts to draw employees back to offices after Labor Day — a crucial step needed to prop up the struggling commercial real estate market and to protect the city’s economy, according to an influential business advocacy group.

Although Gov. Andrew Cuomo has not yet mandated indoor masking as the Centers for Disease Control and Prevention recommends, he said municipalities in “high-risk” areas — which include New York City under CDC guidelines — should “seriously consider it” and that he’s “studying” the proposal. Mayor Bill de Blasio said he’ll announce his masking decision on Monday.

Kathryn Wylde, president of the Partnership for New York City, ominously told The Post, “Mask mandates will reverse the momentum for bringing people back to the office.” She forecast at the end of June that 62 percent of office workers would return in September for at least three days a week.

That would be a significant jump over current physical city office occupancy of just under 25 percent, as tallied by building management and research firm Kastle Systems. Employee returns at several major banks lifted the figure from just 20 percent a few weeks ago.

But Wylde declined this week to estimate how many fewer workers than her 62 percent estimate would come back if a mask mandate was in place. She instead reiterated the need for a “federal mandate that everyone gets vaccinated.”

She added, “Between the failure to achieve sufficient vaccination rates … and the possible reversion to mask requirements in the office, there is great uncertainty about the pace of return to the office.”

CBRE tristate CEO Mary Ann Tighe put inoculation first, saying, “It would be so much better if, instead of masks, the city says everyone working in the city must be either vaccinated or tested weekly.”

But many real estate moguls dodged the question, changed the subject or said it was too early to speculate when asked whether they agreed with Wylde’s grim prediction. One who didn’t want to be named said, “It’s a huge issue that people don’t want to talk about.”

Real Estate Board of New York president James Whelan said REBNY has worked closely with landlords on safety and “We view any additional public sector guidance regarding mask-wearing as just another piece of that conversation.” JLL regional president Peter Riguardi said, “We are just now evaluating everything.”

Physically occupied offices are critical to the city, which draws the lion’s share of tax revenue from commercial real estate-related taxes. Although most large landlords still receive full rent, that could change if tenants decide to slash their space when current leases expire. Such losses would shrink property values and the tax revenue they produce.

The Post reported Wednesday that Goldman Sachs, JPMorgan Chase and Morgan Stanley were “watching” and “monitoring” the mask situation and might backtrack on previously announced plans to bring most staff back.

One bank CEO recently told Post columnist Charles Gasparino that masking “defeats the purpose” of having employees together in an office and “Masking will definitely change reopening plans.”

Cuomo on Wednesday, speaking to the Association for a Better New York, again urged companies to “bring your employees back from remote work” by Labor Day.

Marc Holliday, CEO of the city’s largest commercial landlord, SL Green, wouldn’t speculate on any potential impact from a new mask rule. But he agreed with Cuomo: “The biggest issue for the success of the city is to get your employees back to work.”

He noted that all Green employees have been in the office “safely even before vaccines” since mid-2020. He said of the firm’s leasing success at One Vanderbilt and elsewhere, “There’s no possible way we could have done it” if everyone worked remotely.

A spokesman for Brookfield Properties said, “All signs continue to point to a substantial return post-Labor Day,” but offered no details. RXR chairman/CEO Scott Rechler — who’s banged the drum since last year over the urgency of getting employees back to their desks — declined to comment.