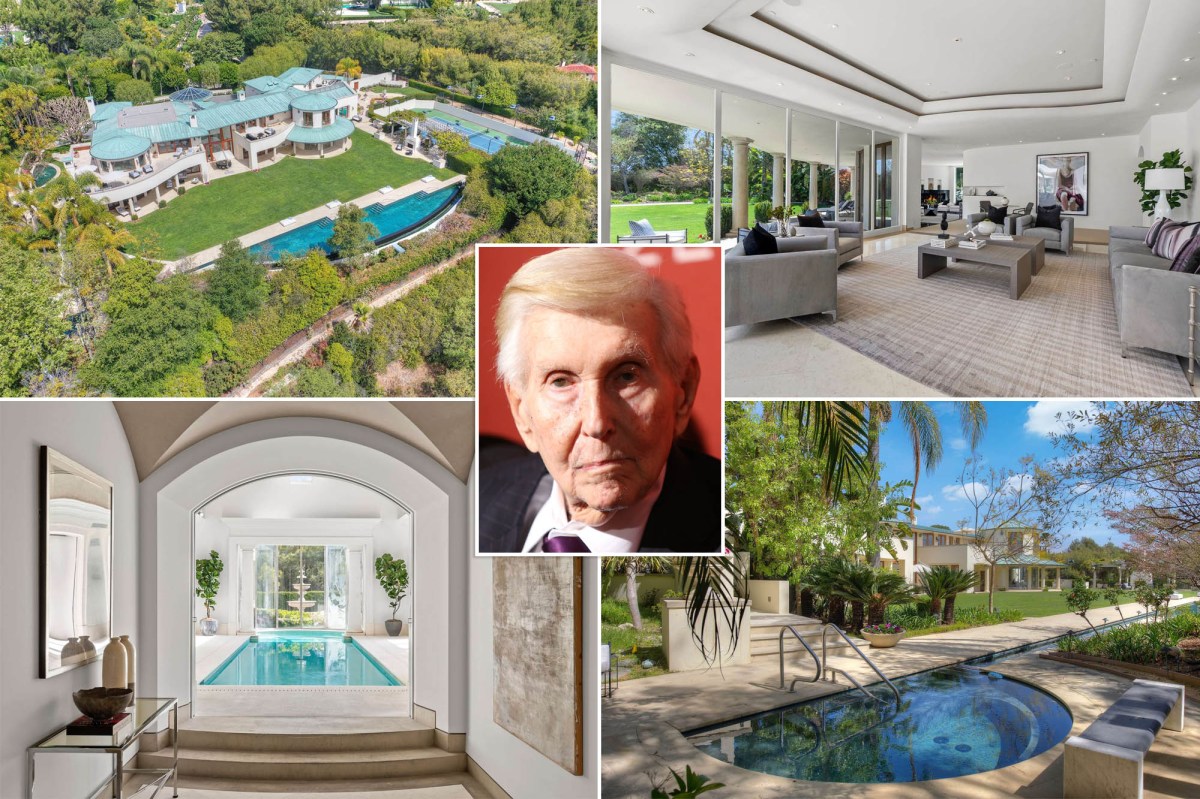 The deceased billionaire media mogul, whose family still controls ViacomCBS, lived out the last decades of his life in the lavish, 15,000-square-foot mansion, which was sold in a cash deal that was just $900,000 under the asking price, The Hollywood Reporter said.

The new owner is Rufus Hankey, chairman of software developer Nowcom and an officer at the Hankey Group, a conglomerate founded by his billionaire father Don Hankey which provides financing and insurance services across industries like automotive, real estate and tech.

Custom-built in the Eighties by fashion designer Dorothy Schoelen and purchased by Redstone from Sylvester Stallone in 2002 for $14.5 million, the property includes a formal dining room that opens via French doors to an al fresco dining space, along with a gourmet kitchen replete with custom cabinetry, a center island with sink, high-end appliances, an elevated dining area and an indoor pool.

On the grounds, the property features an infinity pool that spans the edge of an enormous back lawn, as well as a sunken tennis court overlooked by an arbor-covered loggia and a trellis-covered dining pavilion with a large double-sided fireplace.

Redstone, who died in August at age 97, was a colorful figure whose personal life and will sparked controversy.

In 2015, at the start of his health decline, Redstone had asked his two longtime female girlfriends — Sydney Holland, 48, and Manuela Herzer, 55 — to be the principal beneficiaries of his personal estate — rewarding them around $75 million apiece.

But those wishes were short-lived. A year later he sued his exes for elder abuse, piling on to mounting legal allegations that threatened to unravel his $40 billion media empire.

In 2018, details of the declining health of the former executive chairman of both CBS and Viacom had revealed that his only means for communication was via an iPad that was preloaded with audio clips of his voice saying “Yes,” “No” and “F–k you.”

A year later, the Redstone family settled with his exes, ending all litigation between the two sides, who have been battling in the courts since the fall of 2015 when Redstone kicked Herzer out of his Beverly Hills mansion, replaced her as his health-care agent, and wrote her out of his estate planning.