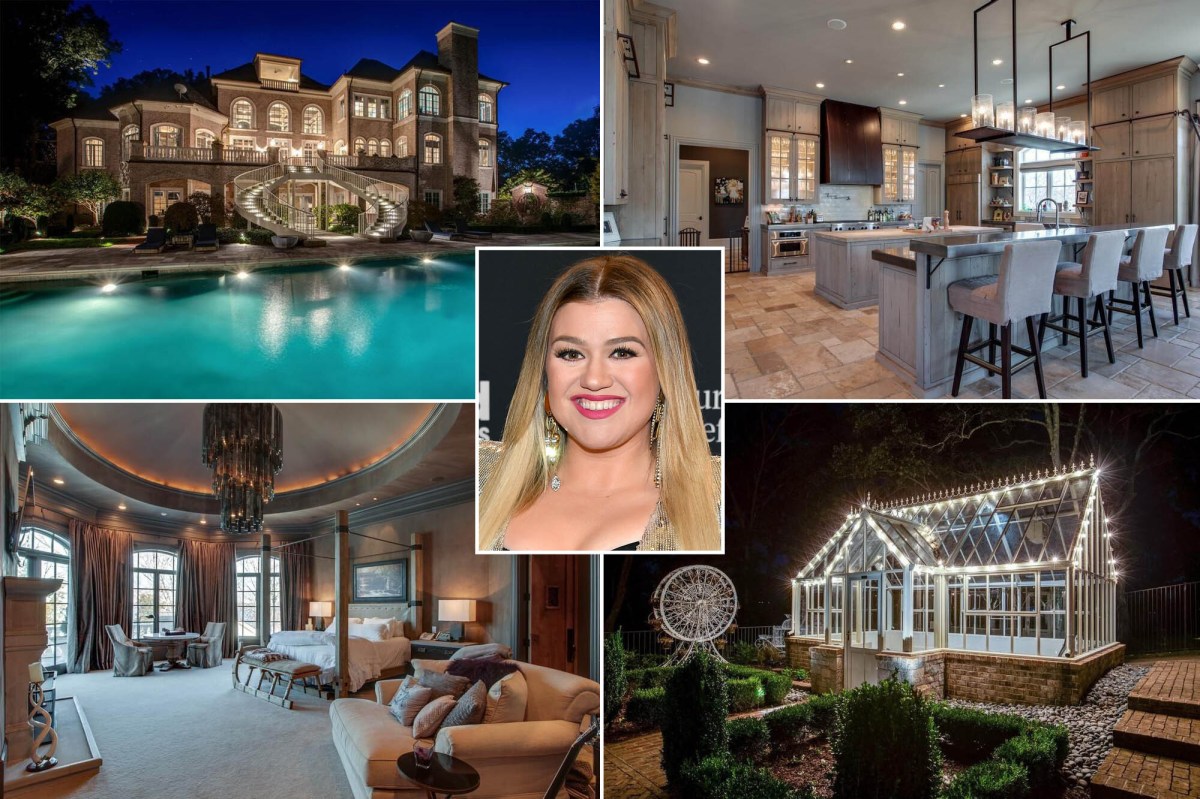 Kelly Clarkson has finally found a buyer for her $6.95 million Tennessee mega-mansion after four years on the market without an offer, The Post has learned.

The home went into contract on April 19, over three months after the “Because of You” singer, 39, slashed the price, property records show.

Spanning seven bedrooms and 11 bathrooms, the estate was initially listed in 2017 for $8.75 million and gradually decreased the longer it stayed on the market. She last cut the price in January by $550,000 from $7.5 million.

The sale closes a dark chapter in Clarkson’s life following her tumultuous breakup.

The 2002 “American Idol” winner first purchased the Hendersonville home, located half an hour from Nashville, in 2012 for $2.86 million. She would marry her now-estranged husband, Brandon Blackstock, a year later, in 2013.

The 20,121-square-foot property situated on over four acres of land includes an entryway with a double staircase, a home theater and a wet bar. The grounds include a private dock, a saltwater pool and two spas.

In December, the “Since U Been Gone” singer accused Starstruck Entertainment — specifically Blackstock and his father, Narvel — of fraud and “illegal services.” Narvel had first sued Clarkson, claiming the artist owed the management company $1.4 million from her “Voice” contract and would continue to owe them as long as she appeared on the show. But Clarkson fired back, insisting the Blackstocks were not licensed to act as agents in the state of California, adding that they hid that fact from her while “demanding unconscionable fees.”

Inside the luxury resort where ‘The Bachelorette’ Season 17 was filmed
New Hope for Male Infertility Rests on Flagellar Protein
Researchers Reveal How Killer T Cells Are Blocked from Fighting Cancer Cells
Gold is trading flat ahead of the European open
Cristiano Ronaldo slashes Trump Tower condo ask by $10.75M after backlash