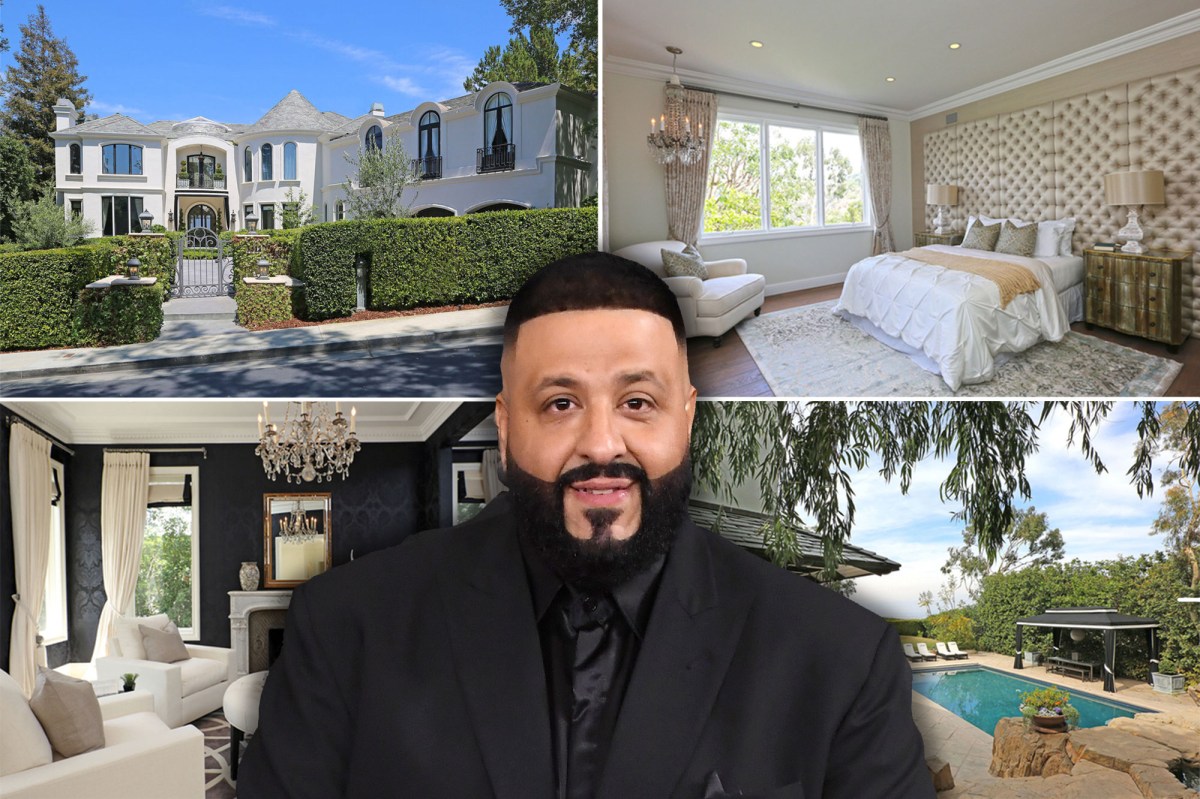 All he does is win.

DJ Khaled must be “on one” after unloading his sprawling Los Angeles mansion for $12.5 million — about $2.6 million more than he paid for it in 2016.

The Grammy Award-winning musician and producer sold the six-bedroom, eight-bathroom palace to Beverly Hills-based plastic surgeon David Amron and his wife Jessica, according to Dirt.

The French Chateau-style pad is nestled in the gated Mulholland Estates community in Beverly Hills, home to the likes of Paris Hilton, Christina Aguilera and Kendall Jenner.

Built in 1992, the extravagant estate sits behind manicured hedges and a wrought-iron gate, photos show.

It opens to a grand two-story foyer with a curved staircase topped by a glass dome.

The rooms are largely traditional, painted white or cream, and some have floor-to-ceiling windows or glass doors opening to the backyard.

There’s also a recording studio, gym, swimming pool with waterfall and an outdoor dining area with a kitchen, TV and fireplace.

Khaled was the third musician to own the house: It once belonged to country singer Clint Black, who sold it to Williams in 2002 for around $5 million.

The neighborhood is touted as one of the safest in LA, though it made headlines in 2009 when thieves made off with $2 million in jewelry from Paris Hilton’s mansion there.

Ex-resident Charlie Sheen was also the victim of a break-in when he lived in the enclave. He reportedly sold his house there in January 2020 for $6.6 million.

Khaled’s pandemic-profit on his piece of Beverly Hills real estate comes after he sold one of his South Florida homes at a loss, for just under $5 million, in June 2020.

The record producer had been in contract to sell his waterfront property in March, but the New York buyer fell sick with the coronavirus and decided not to close, sources previously told The Post.