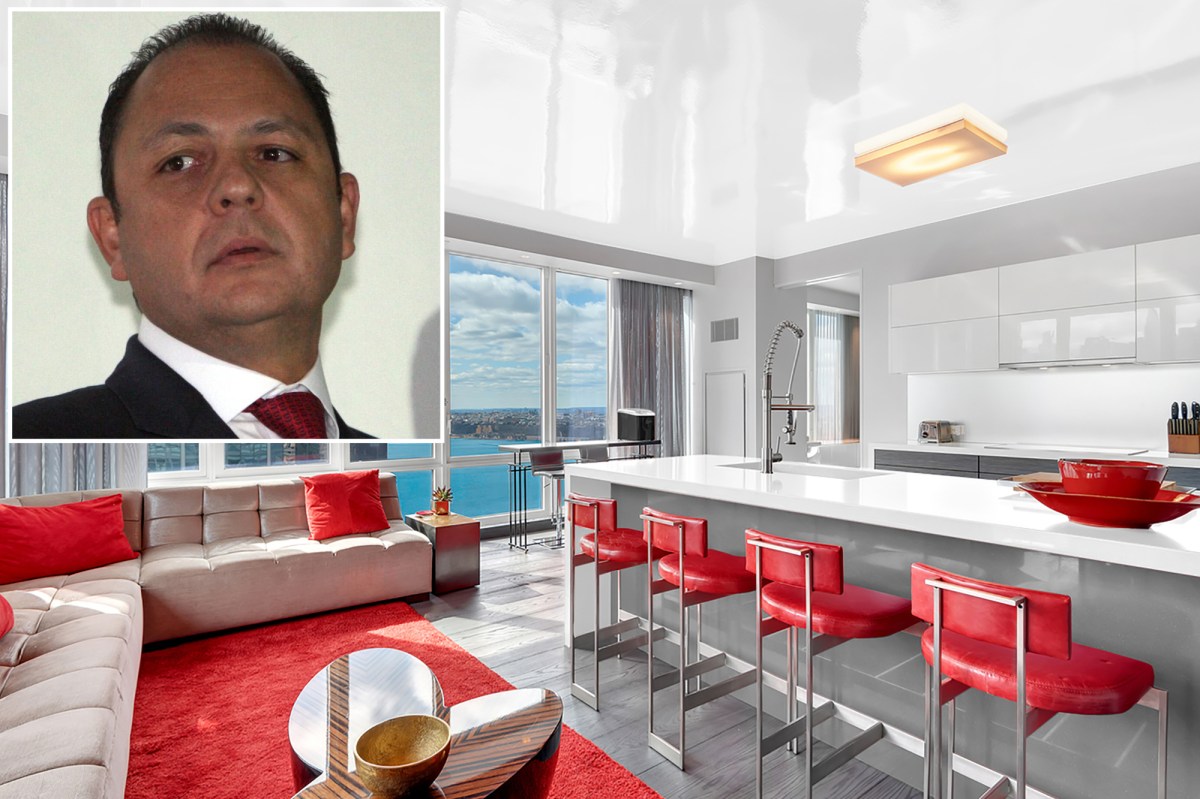 A palatial penthouse once bought with dirty money by a crooked Venezuelan mogul, who then sold it to a Qatari royal, is back on the market.

The four-bedroom, 4½-bathroom full-floor home is at The Aldyn, at 60 Riverside Blvd.

Venezuelan television mogul Raúl Gorrín bought the penthouse from the developer for $6.45 million in cash in 2012.

Gorrín then flipped the penthouse for $8.6 million in 2018. The 3,100-square-foot apartment, #3802, was a piece of a $40 million-plus Manhattan condo portfolio bought with dirty money that was linked to a $2.4 billion currency scam, as we previously reported in 2019.

Gorrín, indicted in the US for money laundering and for conspiracy to violate the Foreign Corrupt Practices Act, is currently on the lam — and named by ICE as one of its “most wanted” fugitives.

The sprawling apartment features floor-to-ceiling windows, a chef’s kitchen and a main bedroom suite with a spa-like bathroom.

Past residents of the building include NBA star turned coach Jason Kidd and Alex Rodriguez, the former Yankees star who is better known these days for his tumultuous marriage to Jennifer Lopez.

Back in 2013, A-Rod was spotted using the gym for up to four hours a day doing rehab after hip surgery.

Building amenities at The Aldyn include a 40,000-square-foot gym with a rock-climbing wall, basketball and squash courts, a bowling alley, golf simulator, a pool and spinning and yoga rooms.

The listing brokers are Kayla Lee and Ryan Serhant of Serhant.