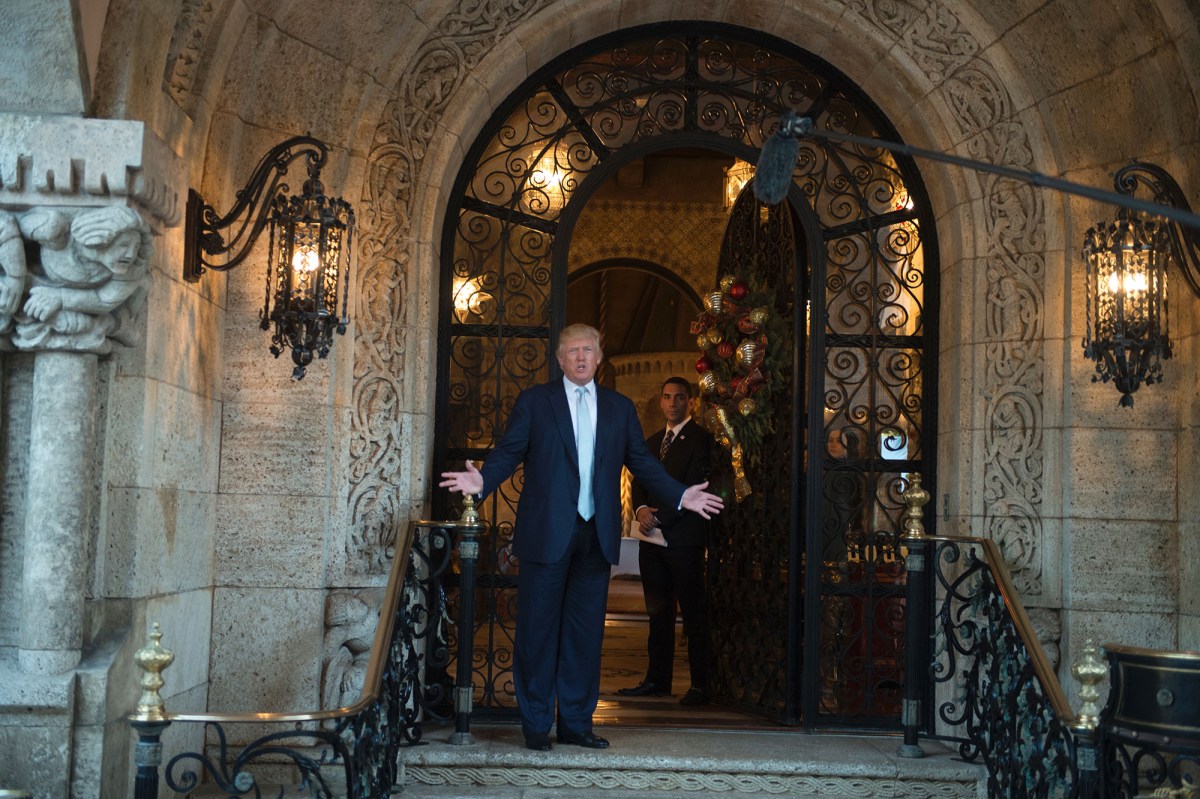 Goodbye to the swamp and hello to the Sunshine State.

Moving trucks were seen Monday arriving at Donald Trump’s Mar-a-Lago residence in Florida as he embraces his final day in office.

Trump is expected to depart the White House for a final time at 8 a.m. Wednesday — the morning of Joe Biden’s inauguration.

The longtime New Yorker will now make Palm Beach his permanent home as his presidency comes to an end. The property has been referred to as the Winter White House.

Trump, 74, purchased the mansion in 1985 for a mere $10 million before transforming it into a golf club. The 20-acre estate, now with 128 rooms, was built in 1927 by Post cereal heiress Marjorie Merriweather Post.

Nestled on an island off the coast of Palm Beach, Florida, the massive property features direct views of the Atlantic Ocean and is open to people who purchase a membership at the club. Accommodations include guest rooms, a spa and as many rounds of golf as your heart desires. The estate also holds three bomb shelters.

Trump holds private quarters on the property in a separate, closed-off area. It has been labeled the second-largest mansion in the state of Florida.

Forbes estimated the value of the estate at around $160 million following extensive renovations and the exclusivity of the location. The property includes a 20,000-square-foot ballroom, five clay tennis courts and a waterfront pool.

Palm Beach, described as Billionaire’s Row, has also been host to the likes of John F. Kennedy, who visited his own family’s property on the island during the winter months.

The Mar-a-Lago club itself has hosted a long list of celebrities, including concerts by Billy Joel and Celine Dion. Michael Jackson and Lisa Marie Presley spent their honeymoon at the resort as well.

Before making his way to Florida, Trump is reportedly set to hold a farewell ceremony at Joint Base Andrews in Maryland.

HOWL’S MOVING CASTLE Gifts That Will Capture Your Heart
Virtual Book Festivals To Get Excited About In The Next Three Months
Lily Collins sells $13.5M Beverly Hills house amid engagement
IKEA’s Tiny House comes prebuilt — but not made for the claustrophobic
FDA Authorizes Emergency Use of J&J’s Single-Shot COVID-19 Vaccine