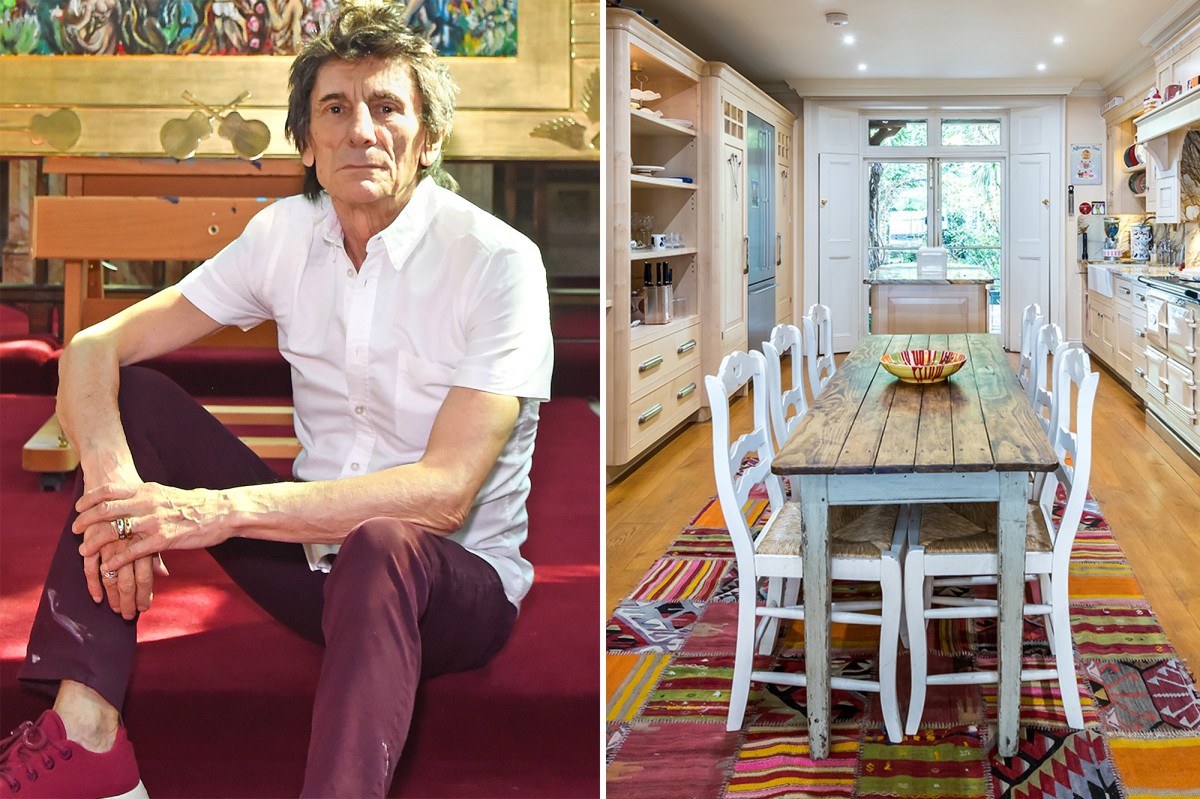 Rolling Stones guitarist Ronnie Wood is selling his London townhome, full of bright colors and playful flourishes, for $5 million, according to Mansion Global.

Woods, 73, listed the five-story home in Notting Hill after using it primarily as an art studio since he and his wife Sally Humphreys moved out in 2017. The English rocker joined the Stones in 1975 and also played with the Jeff Beck Group.

The home features five bedrooms, a snooker room, a 100-foot garden and a roof terrace. The top story, currently being used as an expansive art studio, could be converted into two additional rooms, brokerage firm Milton Stone writes in the listing.

The home’s purple door sets the tone for the rest of the bright features, including a patio mural, red and purple staircases and turquoise closet doors.