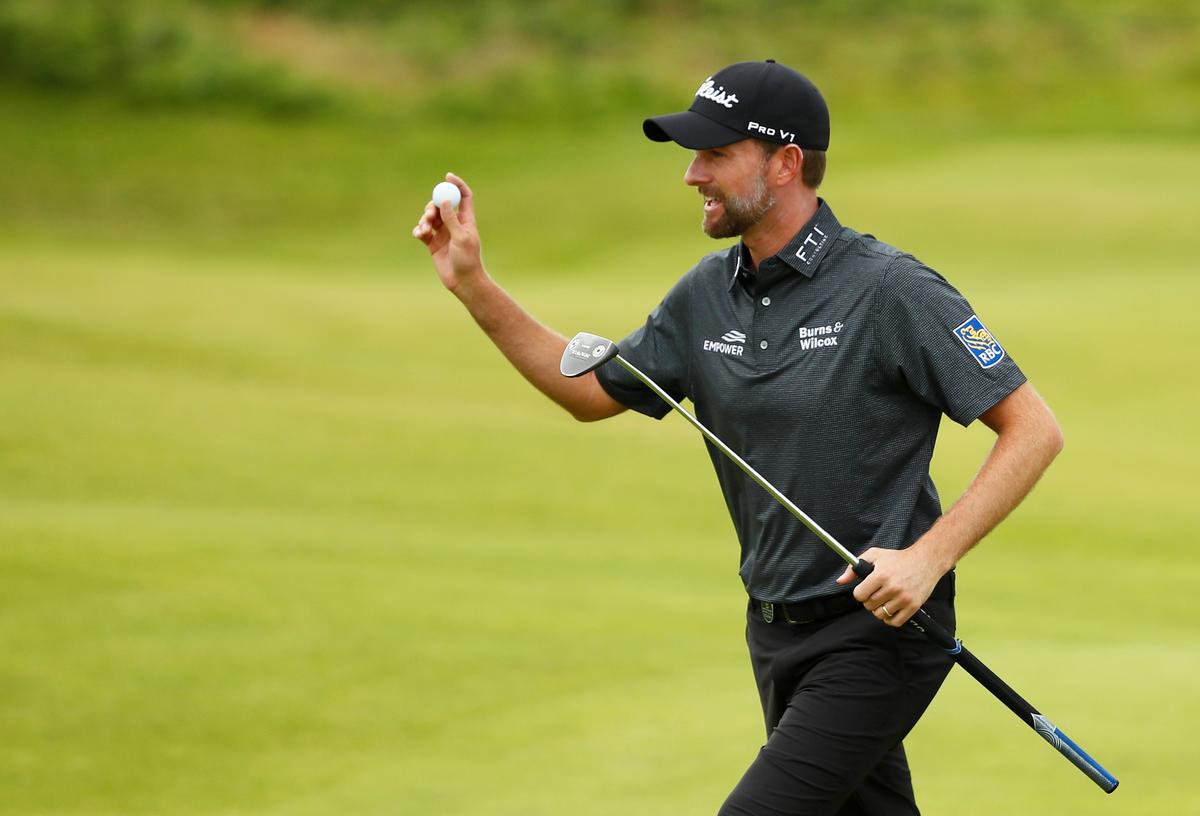 (Reuters) – American Webb Simpson birdied his last three holes to take a one-stroke lead in the first round of the RSM Classic in Georgia on Thursday.

Simpson’s lone bogey came on his second hole but he recovered to finish with eight birdies for a seven-under-par 65 on a sunny day at the Plantation course on Sea Island, one of two courses used in the PGA Tour’s final event of the year.

American Cameron Tringale, South Korean Kyoung-hoon Lee and Australian Rhein Gibson were locked in a three-way tie for second at six under par and nine players were tied for fifth.

In-form American Brendon Todd, who is gunning for his third PGA Tour victory in three weeks, produced another solid round, carding a four-under-par 66 at the more challenging par-70 Seaside course.

Simpson, who lost the event in a playoff in 2011 before winning the U.S. Open the following year, said the key to overcoming his slow start was focusing on his own game.

“Playing with guys who are making birdies, it’s hard to stay patient. But I was able to do that,” he said.

Simpson, 34, is coming off his longest break from the game since he turned pro. The last event he competed in was the Shriners Hospitals for Children Open in Las Vegas in early October.

The world number 12 will look to sharpen his game ahead of two tournaments in December, the Hero World Challenge in the Bahamas and the Presidents Cup at Royal Melbourne in Australia.