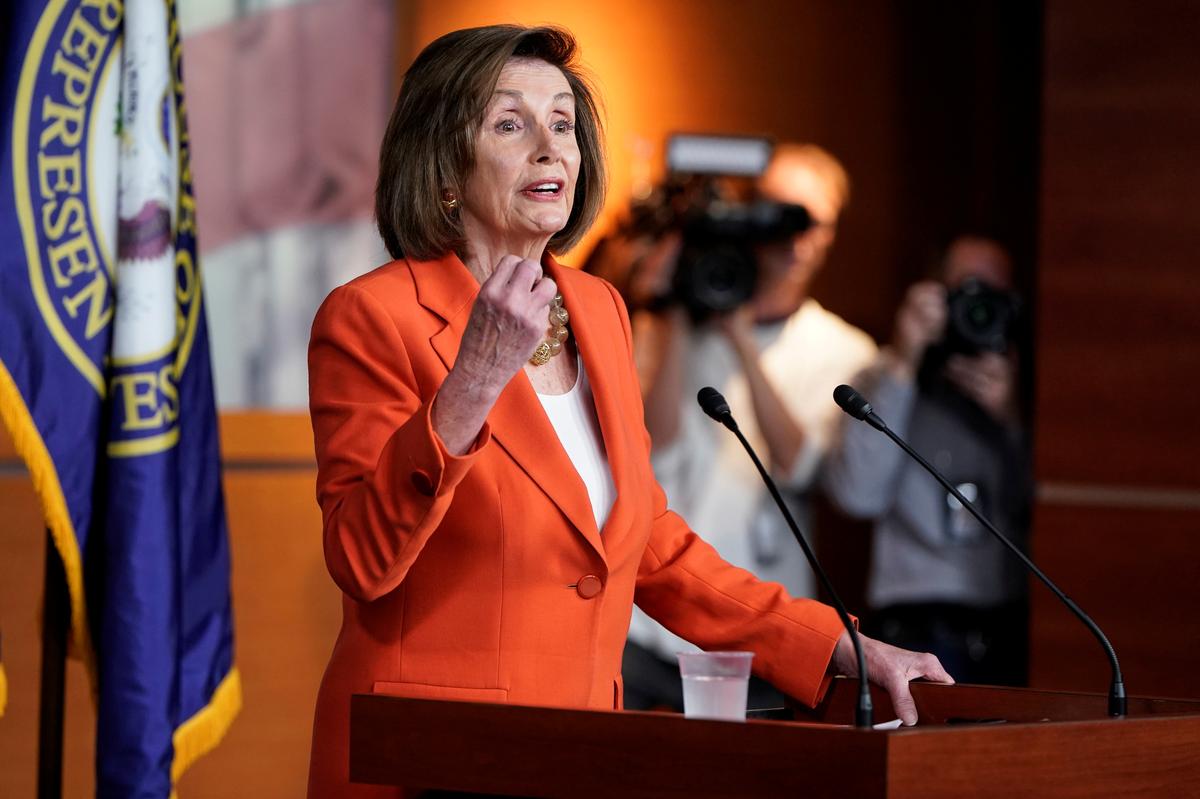 WASHINGTON (Reuters) – A deeply divided U.S. House of Representatives took a major step in the effort to impeach President Donald Trump on Thursday when lawmakers approved rules for the next, more public, stage in the Democratic-led inquiry into Trump’s attempt to have Ukraine investigate a domestic political rival.

In the first formal test of support for the impeachment investigation, the Democratic-controlled House voted almost entirely along party lines – 232 to 196 – to move the probe forward in Congress.

The vote allows for public impeachment hearings in Congress which are expected in the coming weeks and portends a bitter battle ahead as the United States heads into a presidential election year.

Democrats who accuse Trump of abusing his office and jeopardizing national security for personal political gain were almost unanimous in approving Thursday’s measure but they did not pick up a single Republican vote.

“It’s a sad day. No one comes to Congress to impeach a president,” House Speaker Nancy Pelosi said before the vote.

Televised public hearings featuring U.S. officials testifying in Congress about alleged wrongdoing by Trump could crowd out other issues like the economy and immigration as voters turn their minds to the November 2020 election.

That might damage Trump but some of his supporters say the impeachment drive could actually boost his re-election chances by showing him at loggerheads with Washington-based political foes.

Republicans accused Democrats of using impeachment to overturn the results of his 2016 election victory.

The probe focuses on a July 25 telephone call in which the U.S. president asked his Ukrainian counterpart, Volodymr Zelenskiy, to investigate Trump’s Democratic political rival Joe Biden, a former U.S. vice president, and his son Hunter, who had served as a director for Ukrainian energy company Burisma.

Biden is a leading candidate in the Democratic presidential nomination race to face Trump in 2020. He and his son deny any wrongdoing.

Trump has also denied wrongdoing. Republicans have largely stuck by him, blasting the impeachment push as a partisan exercise that has given them little input.

Thursday’s vote was the first formal test of support for the impeachment probe and showed that Democrats have enough backing in the House to later bring formal charges, known as articles of impeachment, against Trump if they feel they have enough evidence.

“It should not be Nancy Pelosi and a small group of people that she selects that get to determine who is going to be our president,” said Kevin McCarthy, the top House Republican.

Just two Democrats – Collin Peterson of Minnesota and Jeff Van Drew of New Jersey – broke with their party and voted against the measure. Both represent districts where Trump won in the 2016 election. Other Democrats from Trump-leaning districts, such as Jared Golden of Maine, voted yes.

Speaker of the House Nancy Pelosi (D-CA) speaks during a media briefing ahead of a House vote authorizing an impeachment inquiry into U.S. President Trump on Capitol Hill in Washington, U.S., October 31, 2019. REUTERS/Joshua Roberts

Representative Justin Amash, who left the Republican Party this year and is now an independent, voted for the measure.

If the House eventually votes to impeach Trump, that would set up a trial in the Republican-controlled Senate. Trump would not be removed from office unless votes to convict him by a two-thirds margin, something that looks unlikely as congressional Republicans have been reluctant to move against the president.

House Judiciary Chairman Jerrold Nadler declined say when public hearings would start but they are expected to begin in the next few weeks.

The U.S. Constitution gives the House broad authority to set ground rules for an impeachment inquiry and Democrats say they are following House rules on investigations.

The investigation is probing whether Trump misused the power of his office and, if so, whether that amounted to “high crimes and misdemeanors” that merit impeachment and removal from office under the Constitution.

The inquiry has taken place behind closed doors so far in front of House committee members.

Current and former Trump administration officials have testified that the White House went outside normal diplomatic channels to pressure Zelenskiy to investigate the Bidens.

The top U.S. diplomat in Ukraine, William Taylor, said Trump held back nearly $400 million in security aid in an attempt to get Zelenskiy to publicy declare that he would carry out the investigations that the U.S. president sought — a “quid pro quo” confirmed by Trump’s acting chief of staff, Mick Mulvaney.

Morrison listened in on Trump’s phone call with the Ukrainian leader and said it “could have been better,” according to Taylor.

Republican Congressman Mark Meadows said on Thursday that Morrison’s testimony had been “very damaging” to the case for impeachment.

“That’s why you haven’t seen any leaks from my Democratic colleagues,” Meadows told reporters. He did not elaborate.

Committee members have asked a prominent player, former national security adviser John Bolton, to appear next week. Others have testified that Bolton was alarmed by a White House effort to pressure Zelenskiy. Bolton’s lawyer has said he is not willing to testify unless a subpoena is issued.