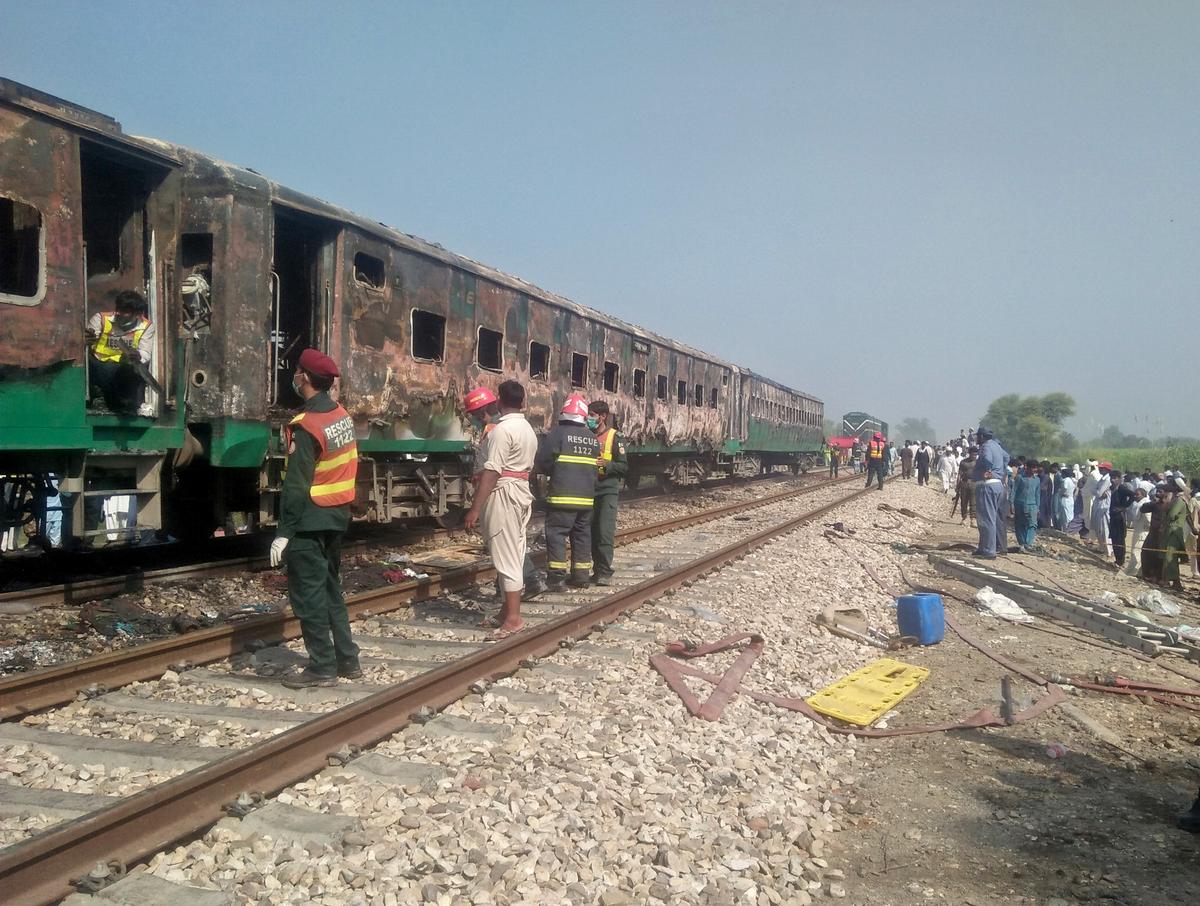 ISLAMABAD (Reuters) – A fire swept through a Pakistani train on Thursday killing at least 64 people after a gas canister passengers were using to cook breakfast exploded, the minister for railways said.

People and rescue workers gather near the site after a fire broke out in a passenger train and destroyed three carriages near the town of Rahim Yar Khan, Pakistan October 31, 2019. REUTERS/Stringer

The fire destroyed three of the train’s carriages near the town of Rahim Yar Khan in the south of Punjab province. It was on its way from the southern city of Karachi to Rawalpindi, near the capital, with many people going to a religious conference.

“Two stoves blew up when people were cooking breakfast, the presence of kerosene with the passengers in (the) moving train further spread the fire,” he said.

“Most deaths occurred from people jumping off the train,” he added.

Television pictures showed fire and black smoke pouring from the train’s windows after it came to a stop on a stretch of line flanked by fields.

“People were jumping off, some of them were on fire,” a witness told Geo.

People sneaking stoves onto trains in order to prepare meals on long journeys is a common problem, he said.

Many of the passengers were heading to a conference organised by the Tablighi Jamaat Sunni Muslim missionary movement, he said.

Pakistan’s colonial-era railway network has fallen into disrepair in recent decades due to chronic under-investment and poor maintenance.

Eleven people were killed in an accident in July and four in another accident in September.

About 130 people were killed in 2005 when a train rammed into another at a station in Sindh province, and a third train hit the wreckage.