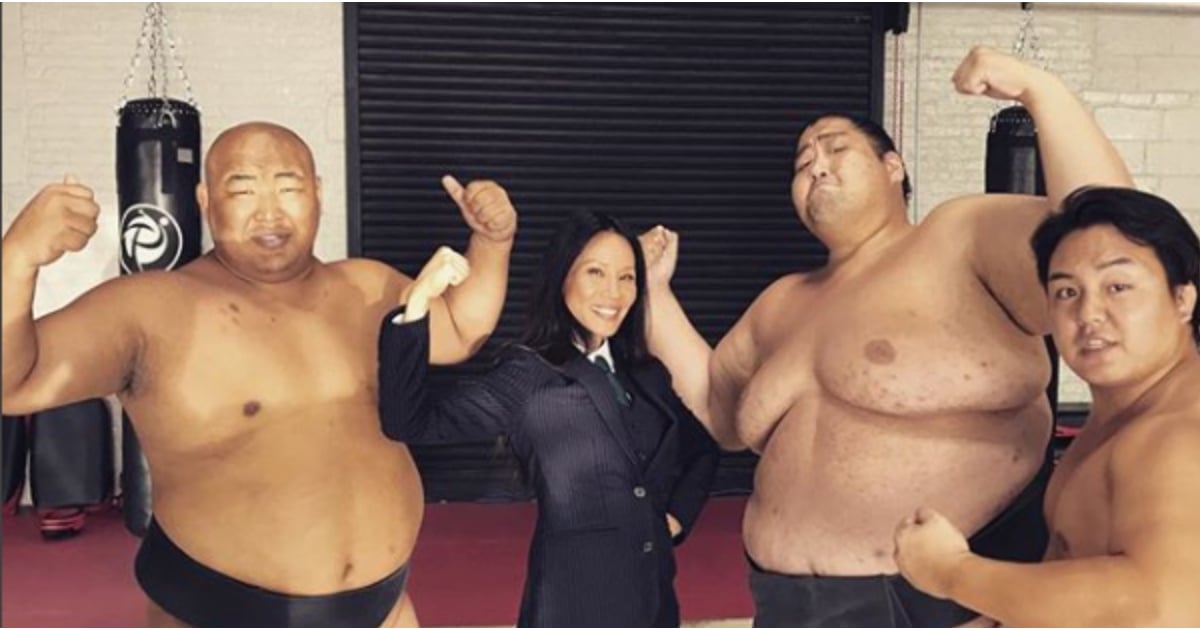 It’s no secret that Lucy Liu kicks serious ass — but what is her secret to looking so good while she does it? Between gearing up for the season six premiere of her show Elementary (where she plays Dr. Watson and also occasionally directs episodes) and chasing around her adorable toddler Rockwell, Lucy somehow manages to look like she hasn’t aged a day since she was Alex Munday in Charlie’s Angels.

Even though she’s put her Charlie’s Angels days behind her (she doesn’t plan to reprise her role in the new Charlie’s Angels reboot), Lucy is kept plenty busy between her acting, her advocacy as a Unicef Ambassador, and her incredible art. It’s hard to imagine how she finds time to hit the gym, but fitness is an essential part of Lucy’s daily routine. Besides walking her chocolate Labrador, Apple, twice-daily meditation, and jogging while watching Downton Abbey, here are a few secrets for how Lucy keeps her body energized for long days on set.

Lucy loves to begin her 14-hour workdays at 6 a.m. with a sweaty spin. As a SoulCycle devotee, she even has her favorite instructors, like celebrity trainer Isaac Calpito. As she told E! News, cycling is the perfect way to get her brain going in the morning.

When she’s not doing serious cycling, Lucy visits her longtime trainer, Jared Kaplan, the owner of eco-friendly Studio 26 in New York City, for a Pilates session. Though she usually sticks to a Reformer machine, Jared told Fitness magazine how to modify her routine for a mat so we can try it at home.

Doing her own stunts

Ever since performing her own martial arts stunts in Charlie’s Angels and Kill Bill (and running in heels in order to prepare for those roles), Lucy is always learning new skills for each new project she works on. This hot mom still does all of her own stunts for Elementary and doesn’t show any sign of passing these moves off to a body double.

To energize her superactive days, Lucy swears by an all-organic diet for both her and her son. Though she used to be gluten-free, nowadays she sticks to fresh food and a lot of fruits and vegetables. She told Fitness magazine that a typical breakfast is juice with bananas and berries and — if she’s really hungry, a breakfast burrito with spinach, a fried egg, and tomatoes. Dinner is usually fish with steamed vegetables or a salad. That doesn’t mean that Lucy doesn’t occasionally indulge — her go-to is veggie pizza or pasta when she’s in need of a carbo-load. She also chugs plenty of water to keep her body fueled and her skin looking gorgeous.