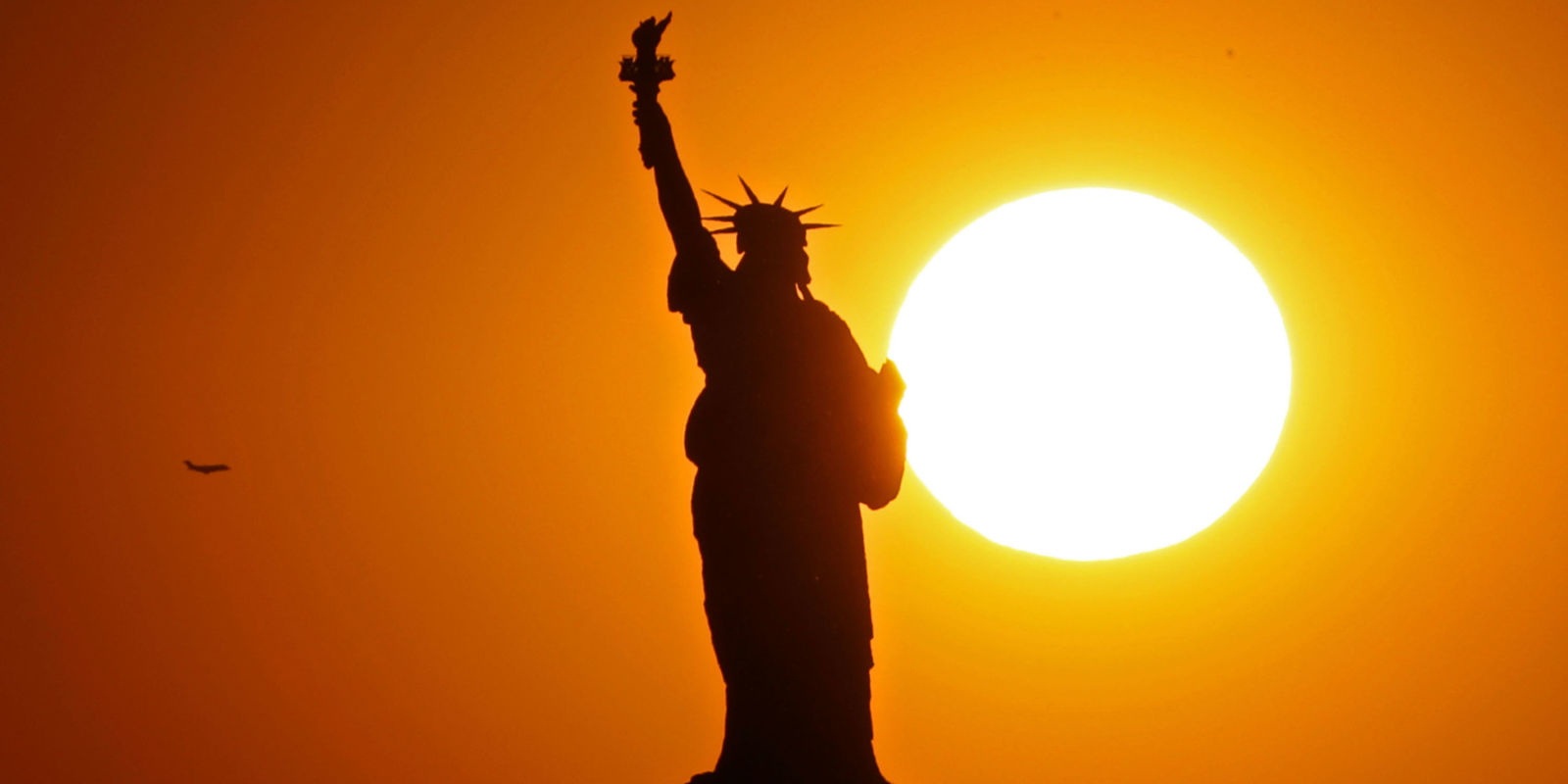 I used to be sad

about not having an identity

then I thought it was liberating

not to have roots

now I am envious of you

with your nation in your voice

and I am angry

at Bangladesh, at Nigeria

at America for taking all kinds

In 1961, my father came to America from what was then East Pakistan. He was 27, and had won a visiting Fulbright Scholarship at Johns Hopkins University. He landed in New York City, and then flew to Bloomington, Indiana, where a host family was to help him acclimate to America for a few days.

My father was primed for America well before he would become a citizen. He had spent the four years before his Fulbright scholarship working for an American oil company in Karachi. He liked the forthright manner of the Americans he had met, and was secretly relieved not to be continuing the colonial tradition of going to Britain for further studies or work. But on his first visit to America in 1961, he arrived fevered and ill and spent his first two days in bed. He only vaguely registered his surroundings, a bed at the top of a long set of stairs, two stories high, in a building within a sprawling estate. He was brought sandwiches and water, and on the third day, when he was well enough, he was invited to dinner.

Coming down the stairs, he found himself in a stable, with two magnificent horses. The host family’s son was an avid equestrian, and disappointed to learn my father didn’t know how to ride. They crossed the lawn and entered the main house. He remembers the enormous dining table covered with silverware (“more forks than food!”) and the black servants waiting on them as they ate.

It was only later that he realized that his hosts had not deemed him worthy of a bedroom in the main house, that they thought it was okay to put a foreign scholar in the stables. He told this story to someone at Johns Hopkins, where he later received his Masters, and they were shocked and horrified. But he replied, “I was not humiliated. Rather, I felt that I now understood a little of how terrible it was for the blacks.” He said, “I’ve read your country’s history, how you treated your blacks, your American Indians. It cannot go away so easily.”

“I’ve read your country’s history, how you treated your blacks, your American Indians. It cannot go away so easily.”

After doing his masters at Johns Hopkins, my father went on to complete his Ph.D. at the University of Pittsburgh. By 1966, he was a professor, off to teach geology in Iraq, then Libya, and finally Nigeria. The year before he left, the US passed the 1965 Immigration and Nationality Act, ending a long era of exclusion, discrimination, and violence, including anti-Asian riots, lynchings, indentured servitude, internment camps, and severe quotas that had basically banned non-European immigration since the Chinese Exclusion Act of 1882. This new legislation set off a wave of immigration, which would eventually bring my father back to the States, this time with a wife and three children.

It’s conventional wisdom that history is a series of progressive steps, each one bringing us closer to wiser. This isn’t true, and moreover, it’s a dangerous perspective. It ignores the essential revolutionary work of activists, allows for apathetic citizens (because things will get better no matter what, right?), and might even blindside you with a 2017 Muslim Ban.

In 1986, my family left Nigeria where I was born and had lived for thirteen years. The government of Nigeria had just been overthrown by its military, and its once thriving economy was plummeting. Food staples were increasingly difficult to find and university strikes had become common. My younger sister, brother, and I were presented with four options, places my father had gotten job offers: Oman, Papua New Guinea, Tampa, and Pittsburgh.

We chose Pittsburgh for a reason any immigrant will understand: we had friends there. As a doctoral student at Pitt, my father had met a friendly Bangladeshi couple who used to have him over for dinner. In the late 1980s, there were fewer than five Bangladeshi families living in Pittsburgh (there are almost one hundred now, and my parents know every single one).

The city was struggling to recover from the death of the steel industry, and its spectacular hilly and riverine landscape was dotted with rusted metal towers, slanted chutes, smoke stacks, some still flaming into the grey sky. Some neighborhoods smelled so bad that we would hold our noses driving through them. My parents enrolled my siblings and I in public school in the outer suburbs, one so deep in the boondocks even Pittsburghers don’t recognize its name.