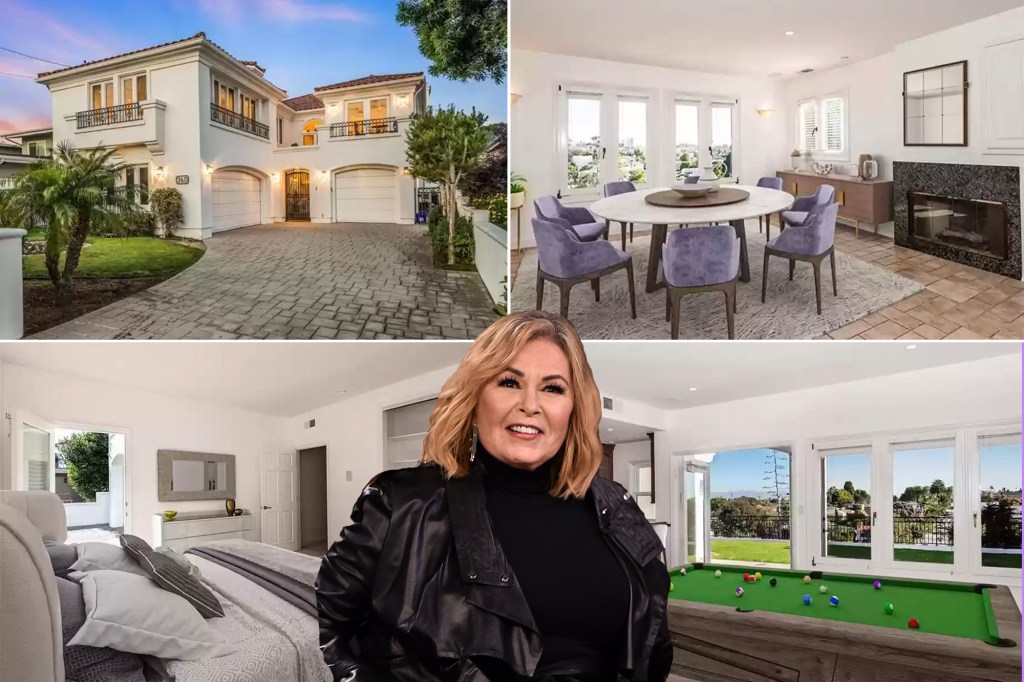 Roseanne Barr is the latest celebrity to give up the state of California for Hawaii, listing one of two El Segundo homes she owns for $3.5 million, according to Dirt.com.

The “Mediterranean luxury home” features views of the coastline and mountains, a chef’s kitchen with high-end appliances, remodeled bathrooms with Carrera honed marble tiles, an elevator, sauna and two fireplaces.

Barr’s move comes nearly three years after she found herself embroiled in controversy for tweeting out a series of racist comments about Barack Obama’s former senior adviser, Valerie Jarrett.

Barr apologized and blamed the tweets on sleeping pills, admitting in an interview on Sean Hannity’s show on Fox News that “I wish I worded it better.”

“It cost me everything,” she explained. Shortly after her tweets, she was fired from the reboot.

Overnight, Barr, who won an Emmy in 1994 and was set to make a comeback with her “Roseanne” sitcom reboot, was “canceled.”

After the scandal, Barr moved to Hawaii full time to the 47-acre farm she purchased back in 2007 for $1.78 million.

Located on the island of Honokaa — the property is considered a huge bargain today.

Other celebs to give up their California lifestyle include Pierce Brosnan, who recently attempted to sell his Malibu pad, and now lives in Hawaii as well.