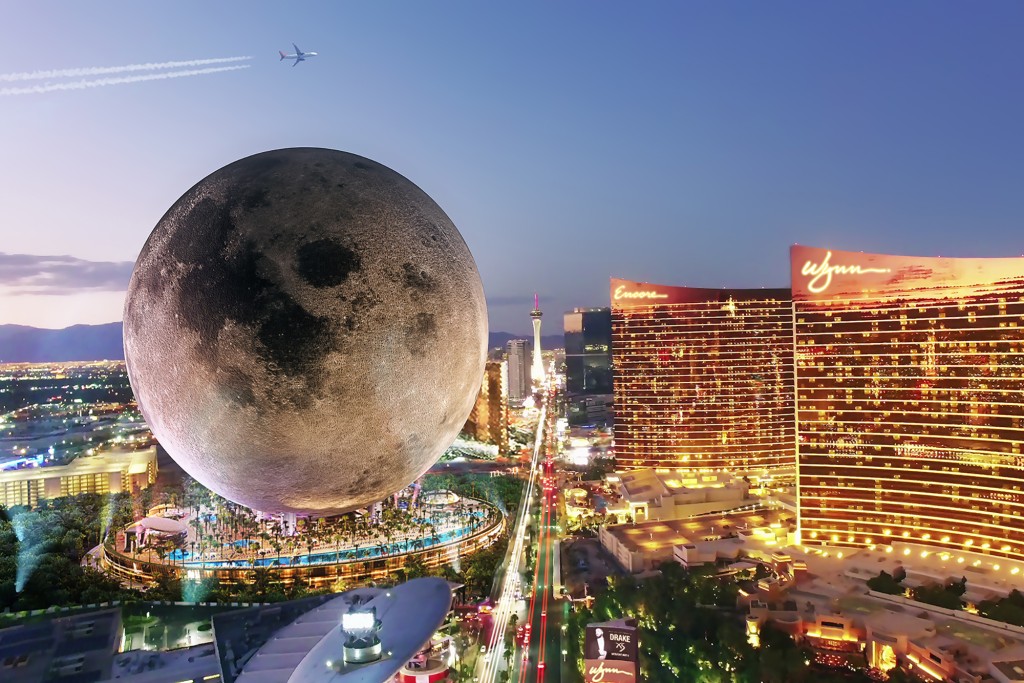 Would you shell out $500 for a discount lunar experience?

The world’s richest private citizens spend $200,000 to $250,000 per ticket to secure spots on Jeff Bezos’s Blue Origin and Virgin Galactic flights. And SpaceX’s recent civilian flight was a nine-figure endeavor.

But one design company plans to launch out-of-this-world space travel to fill the gap for non-billionaires, offering a mini-lunar experience for only $500 — up to 500 times less than the price of an actual trip to space.

“People want something unique, something different, something ‘Wow,’” Michael Henderson, co-founder of Moon World Resorts, Inc., told The Post. “Space flights cost $200,000 to $250,000 — so the masses just can’t participate. With Moon [World Resorts], for $500, they can walk on an authentic lunar surface and enjoy exploring a lunar colony in a spectacular way.”

The 5.5 billion-square-foot structure will be 735 feet tall and 650 feet wide. The “moon” will sit on a three-floor platform, renderings show.

Developers, investors and state governments are currently competing for the licenses, which will be assigned in the next few months, said Henderson, whose firm designed the plans.

The top floor inside the moon is the 292,011-square-foot “lunar surface” accessible via the “shuttle station” with a club on the floor underneath. It costs $500 a ticket to spend 90 minutes on the surface.

Some 4,000 hotel suites, which will likely be operated by a “5-star hotel operator you would know well,” span 2.816 million square feet stacked underneath the lunar surface. Rooms offer curated views of outer space creations. Room rates will be “competitive” with other five-star hotels, said Henderson.

The budget is $5 billion and is projected to bring in $1.8 billion a year with about $500 million yearly profit (EBITDA). It will employ about 6,500 once operational, according to the press release.