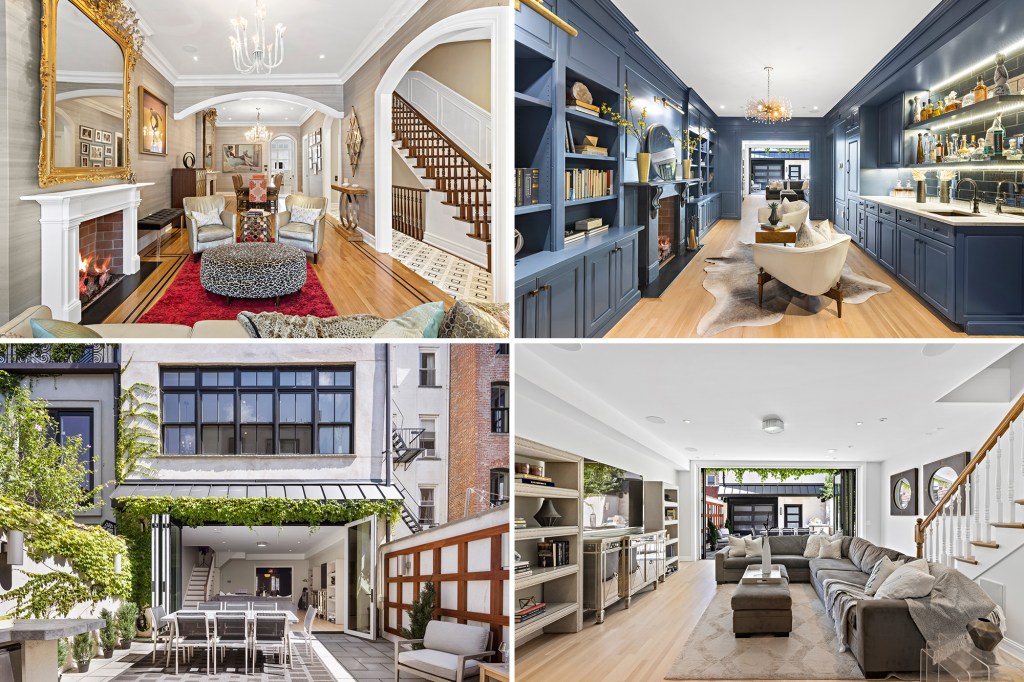 The most expensive townhouse in Hoboken history has hit the market for $7 million, The Post has learned.

Made up of six bedrooms and seven baths, the New Jersey home boasts four floors, with an additional cellar and rooftop.

Located on Hoboken’s coveted Hudson Street, the historically protected red-brick home has been completely restored with modern finishes, according to the listing.

The residence dates back to 1897 and was gut renovated in 2017 while retaining the 10-foot-four-inch-high 18th century Argentinian double entrance doors.

Eleven rooms in total, the property comes with two living rooms, a study, two dens, an office, a library, playroom and a media room.

Currently owned by Matt and Diana Thomas, a day trader and recruiter, they initially purchased the home in 2016 for $2.9 million.

Noteworthy features include an elevator that serves all five levels of the home, a carriage house with a stand-alone loft apartment that comes with a separate entry on Court Street, and a private garage with room for two cars.

Considered Hoboken’s premier location, this townhouse is a short distance from the PATH Train and NY Waterway ferry to Manhattan.

The listing is represented by Peter Cossio of Brown Harris Stevens.