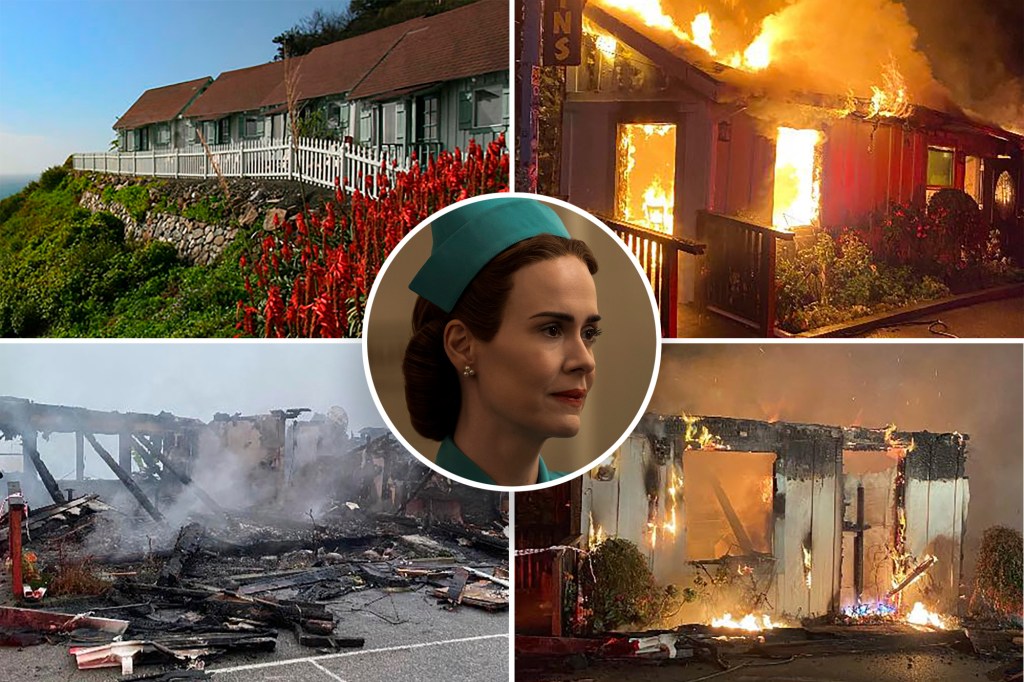 A wretched fire at the “Ratched” motel is under investigation, according to the Big Sur, California, fire department.

The “Sealight Inn” where Nurse Ratched, played by Sarah Paulson, lived in the Netflix original “Ratched” has inspired fans to pilgrimage to California since the show’s September 2020 release.

But the real-life Lucia Lodge caught fire Aug. 10, destroying its restaurant and store. The cause of the fire is under investigation.

The fire was contained after crews arrived and encountered “flames through the roof” of the restaurant, according to the Big Sur Fire Department.

“[Crews] immediately implemented a fire attack on the building. Fire crews were able to stop the spread of the fire toward the general store section however the majority of the building was destroyed including the lower level,” Big Sur fire said.

The “One Flew Over the Cuckoo’s Nest” prequel follows nurse Mildred Ratched at the beginning of her career as she attempts to save her brother from a California psychiatric facility.

Between her increasingly gruesome exploits, she stays at the “Sealight Inn,” which is filmed at the Lucia Lodge, which is perched atop a 300-foot cliff over the Pacific Ocean, offering unparalleled views.

The real hotel is a fifth-generation run business belonging to the Harlan family. It charges between $250 to $400 a night and has four freestanding cabins original to the 1930s motel, plus six rooms in the lodge.

It also offered a country store with a gift shop, indoor fireside dining and outdoor dining.

Despite the fire, most of the rooms have already been booked for the next few weekends, according to the booking website.

“On Aug. 10, 2021, our restaurant and store were devastated by fire. Our lodge, located 100 yards north, remains open for guests. We have restored most amenities such as ice, WiFi, and continental breakfast (currently served off-site at Treebones Resort),” Lucia Lodge staff said.

Its location is near wide beaches, a jade cove where over $1 million of jade has been found, hiking trails along the bluff, a Catholic monastery, whale migration paths and sea otter hangouts, according to their website.

The Lucia Lodge did not respond to The Post’s request for comment.