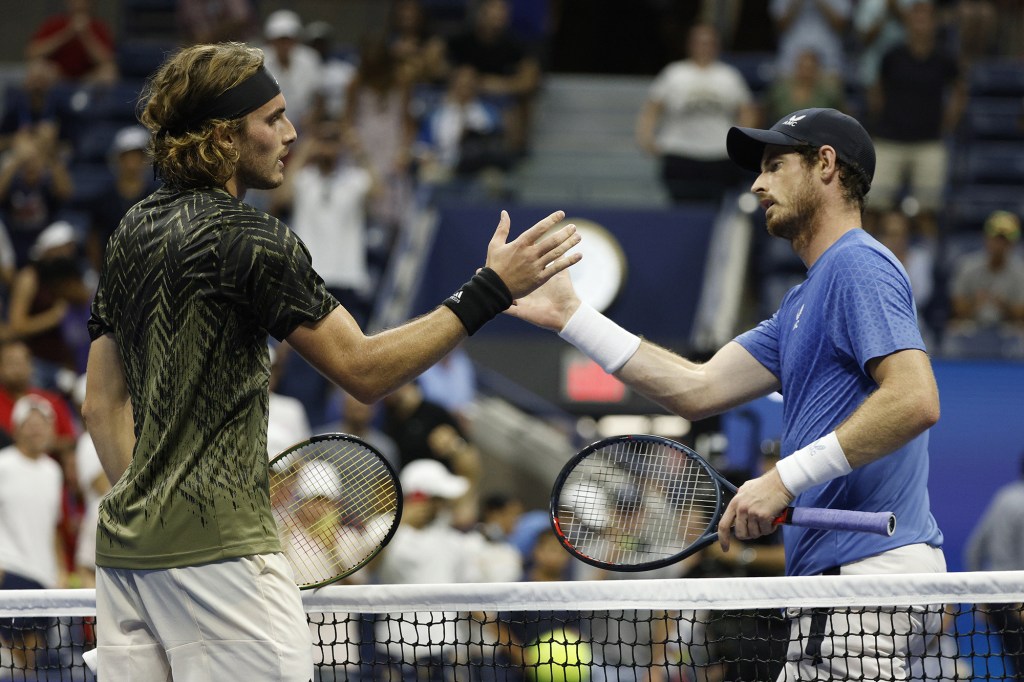 The US Open officially welcomed back the pros and a live audience yesterday.

While fans were not permitted to watch the qualifying matches this year — owing to cases of COVID-19 rising faster than Coco Gauff’s ascent to stardom — spectators are once again snagging seats (and a Honey Deuce, the slam’s Grey Goose-based signature cocktail) for first-round matches at the grandstand Arthur Ashe Stadium and beyond.

The return of the live event is also welcome news for the city’s rebounding hotel business as fans flood the city to catch their favorite racket-bearing pros volley to their heart’s delight.

If you’ve got a little excess income left over from lockdown, you may even be able to score a room next to one of the stars of the show.

Players are encouraged to stay at one of two official hotels of the US Open: the InterContinental New York Barclay, on 48th Street and Lexington in Midtown East, and the Lexington Hotel, part of Marriott’s Autograph Collection, which is directly across the street.

A one-bedroom suite at the 702-room, “Roaring Twenties” meets “modern Manhattan’s glamor” InterContinental will set you back $1,205 a night. Meanwhile, a room at the 28-floor, 696-room Lexington — where jazz-themed suites are named after famous musicians — start at $228 a night during the Open.

The hotel choices are a definitive step up from last year, when players were corralled into the Long Island Marriott in nondescript Uniondale, New York — which boasts such attractions as Hofstra University — in order to limit germ spread.

The official hotels are, however, not as lavish as past years where the pros wined and dined at spots like the Lotte New York Palace, a five-star opulent luxury hotel at 50th Street and Madison, which canceled its annual Invitational event featuring a titillating badminton tournament, due to ongoing construction in its courtyard.

But word on the street from multiple sources close to the United States Tennis Association is that many of the pros are actually following orders and staying at these hotels — and for good reason: They’re getting their rooms and transportation comped.

But, of course, the stars of the show play by their own rules.

Novak Djokovic, the top men’s tennis player — who was prematurely ejected from the Open last year after hitting a line judge with a ball — thumbed his nose at the city’s top hotels (many of which were closed) during the first year of the pandemic. In 2020, he opted to rent a $40,000 rental house in Long Island — forgoing the Marriot next to the highway, aka “the bubble.” It’s likely that he will do the same this year, a source said.

Serena Williams and Milos Raonic — both of whom have now withdrawn from the 2021 open — reportedly followed his example last year.

“I didn’t want to be in the [official player] hotel because I have lung issues and felt it was a big risk for me personally,” Williams said at the time.

Nevertheless, other A-listers like three-time Grand Slam Champion Andy Murray have opted to stay in the official hotel, citing the astronomical cost of renting a private house during the event.

“I had considered staying in a house. I’m happy with the hotel,” he said.

Two of tennis’ biggest stars, Rafael Nadal and Roger Federer, who have previously stayed in the Lotte New York Palace hotel, are both sitting this tournament out this year, because of injuries. While pros Stan Wawrinka (also withdrawn from this year’s tournament) and Garbiñe Muguruza have stayed at the five-star Pierre hotel on 61st Street on Central Park’s eastside and doubles champs Pierre-Hugues Herbert and Nicolas Mahut at the Quin Central Park by Hilton Club in pre-COVID US Opens past.

Those hotels are likely to be hotspots again this year with many players scoring freebie rooms in exchange for tagged Instagram posts and Tweets.

Some enterprising hotels owners are even promoting the fact that you might catch a glimpse of a tennis titan in the lobby. The Parc Hotel in Flushing, Queens, which is just a mile from the US Open, boasts that you “maybe even catch a glimpse of a celebrity or two while staying at our hotel.”