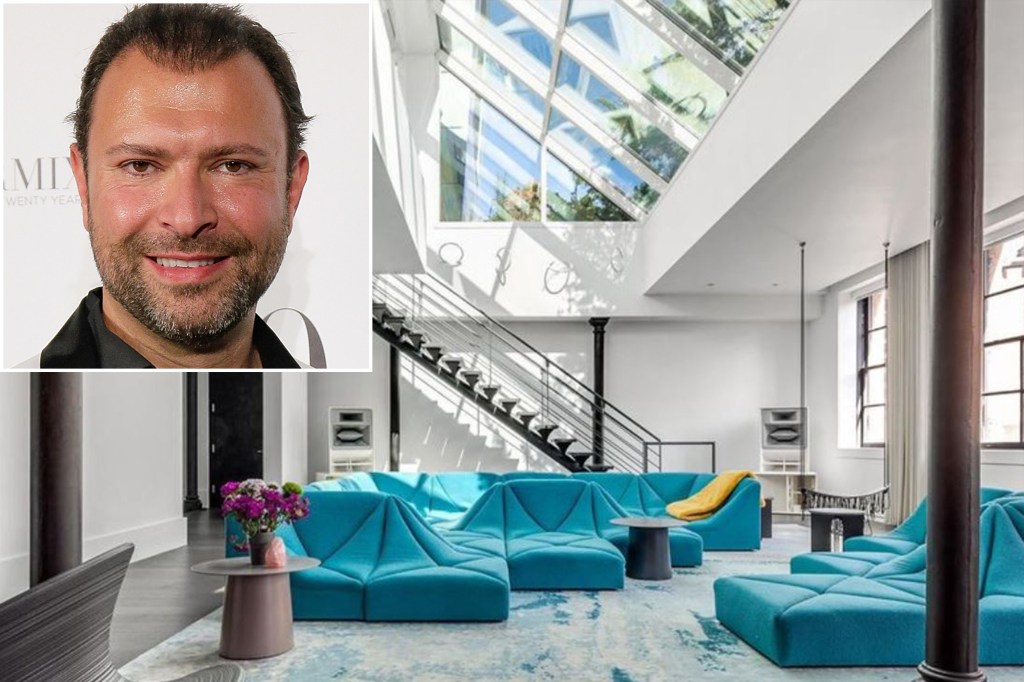 Khajak Keledjian, the meditation mogul who co-founded the boutique fashion brand Intermix, has sold his Tribeca penthouse pad for $14.5 million.

The sale came after the spread, at 140 Franklin St., had spent nearly 280 days on the market, according to StreetEasy.

Keledjian, who fled from war-ravaged Beirut as a teen, co-founded Intermix with his brother. In 1993, he opened the first store  — and then sold the company to the Gap for roughly $130 million in cash in 2012. Keleejian is currently the founder and CEO of Inscape, a meditation studio and event space. He bought the Franklin St. penthouse for $10.75 million in 2018, according to property records.

The approximately 5,000-square-foot duplex has four bedrooms and some 2,200 square feet of outdoor terrace space.

The home features a double-height great room with original cast-iron columns, a 25-foot-long skylight and a woodburning fireplace. Other details include wide-plank Brazilian wood floors, oversize windows and a Sonos sound system. There’s also a chef’s kitchen with a stone pizza oven and a laundry room that can double as bike storage, according to the listing.

A main bedroom suite comes with its own skylight, lots of closet space and spa-like bathroom. Upstairs, there’s a media room with a wet bar and a wine fridge — along with floor-to-ceiling windows that showcase the city skyline. Outside, the landscaped terrace boasts its own sound system, a grill, an outdoor shower and a bamboo tree wall for privacy.