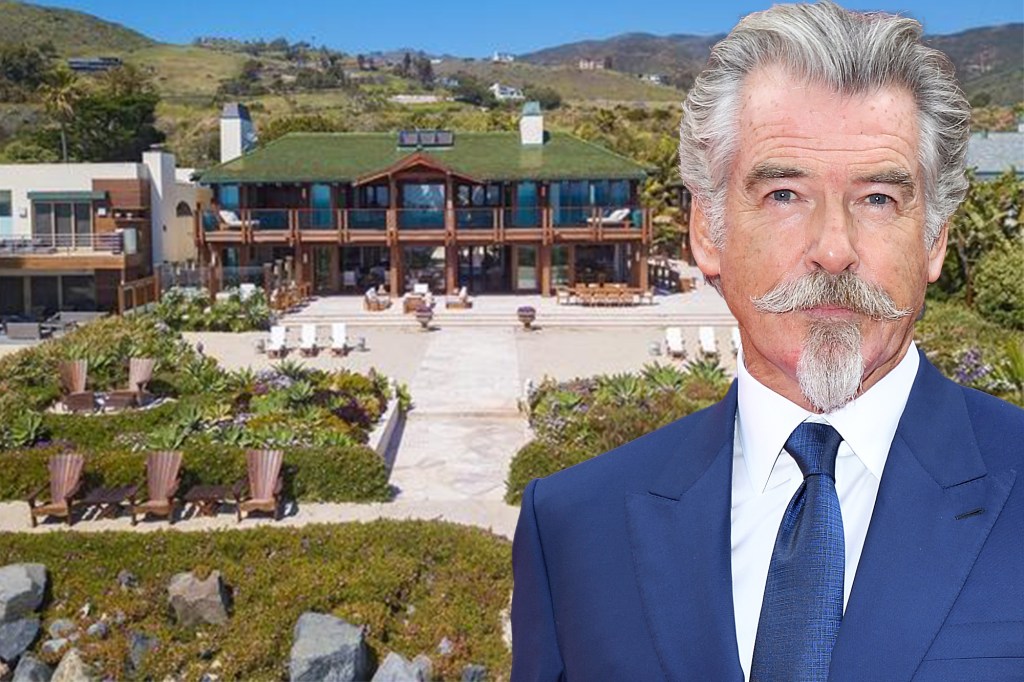 Pierce Brosnan has taken his $100 million Malibu home off the market after a year without any offers, The Post has learned.

Initially listed in September 2020, it was removed by Brosnan last month without attempting to lower the hefty price tag.

If the home sold at the colossal asking price, it would’ve marked one of the more expensive properties in the area.

Brosnan, who played the iconic James Bond role in four movies between 1995 and 2002 and transformed the franchise into what it is today, purchased two neighboring lands in 2000 following the success of his films for a combined $7.35 million, property records show.

The mansion’s Southeast Asian aesthetic was inspired by his time shooting the 1997 Bond film “Tomorrow Never Dies” in Thailand.

The oceanfront retreat spans more than an acre, with two homes and five bedrooms and 14 bathrooms between them.

The Irish-born actor and his wife, activist and journalist Keely Brosnan, previously put the property up for rent multiple times, once listing it for $120,000 a month back in 2004.

The main property, named the Orchid House, spans nearly 12,500 square feet and took about a decade to complete. Located in the upscale Broad Beach community, the neighborhood is home to the likes of Danny DeVito and Dustin Hoffman.

Amenities include a theater, a climate-controlled wine cellar for roughly 200 bottles of wine, a gym, a music room and a travertine-wall spa with two soaking tubs.

Brosnan and his family currently live in Hawaii on the island of Kauai.

“I love Malibu,” Brosnan previously told the Wall Street Journal. “It has my heart.” But these days, “home is very much here in the islands.”