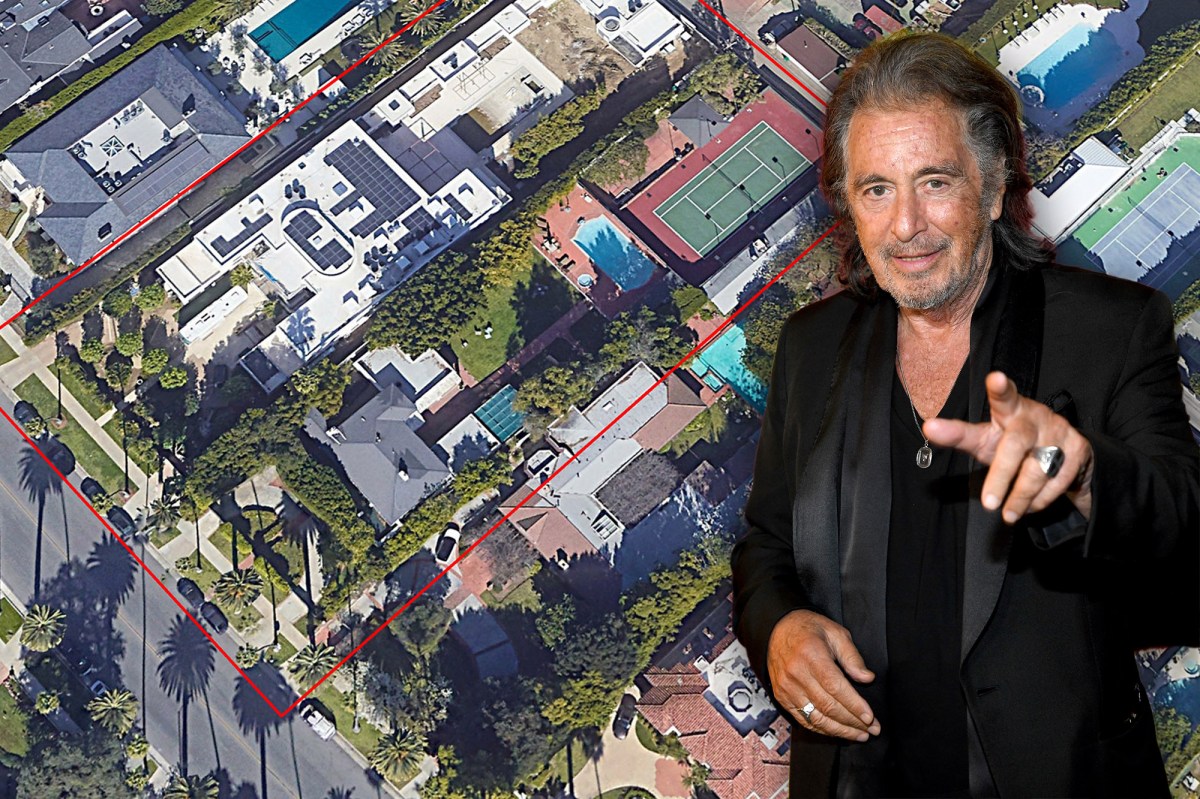 The Beverly Hills rental Al Pacino has been living in for the last 15 years has hit the market for a whopping $16 million — and it is expected to be demolished once the owner finds a buyer, The Post can report.

Previously owned by the late romance novelist Jackie Collins, the home was sold to real estate developer Ben Nehmadi in 2016 for $9 million. The home was not on the market at the time and the sale was done in an off-market deal.

Collins has been renting the six-bedroom, five-bathroom estate to Pacino since 2006.

At the same time, Nehmadi also purchased the house next door to the iconic film star for $21 million — which Collins also owned and used as her primary residence up until her death, at age 77, in 2015 following a long battle with breast cancer.

Pacino, 81, continues to live in the residence six years after her passing, apparently in a negotiated deal with Nehmadi.

Reps for Pacino and Nehmadi did not immediately respond to The Post’s request for comment.

While the listing remains active, photos of the home are scarce. Real estate agent Richard Meslan of Hilton and Hyland told The Post that is intentional.

“The house is occupied with a tenant and he requires privacy,” Meslan said. “Whoever would purchase the property would most likely tear it down and build a new house.”

Built in 1922, the property was initially listed last summer for $17 million, but without any offers it was briefly taken off the market and returned with a price reduction. Exterior features of the home that Pacino has enjoyed include a pool and a tennis court.

The listing suggests a buyer “bring your architect or contractor to either create and build a new home or do a major remodel to create your dream Tennis Court Estate on over a 30,000 square feet lot.”

Nehmadi has already torn down and begun remodeling the house next door.

“He plans on moving [next door where Collins lived] when the remodel is complete,” Meslan explained.

“Godfather” star Pacino, a native New Yorker, sold off most of his properties in the last decade.

In 2010, Pacino unloaded one of his homes in Palisades, New York, for $580,000. Three years later, he sold the guesthouse of his other Palisades property for a huge sum totaling $3.3 million, property records show.

The main house on the property remains under his ownership.

Pacino has been nominated for an Academy Award nine times, winning an Oscar for his role in 1992’s “Scent of a Woman.”