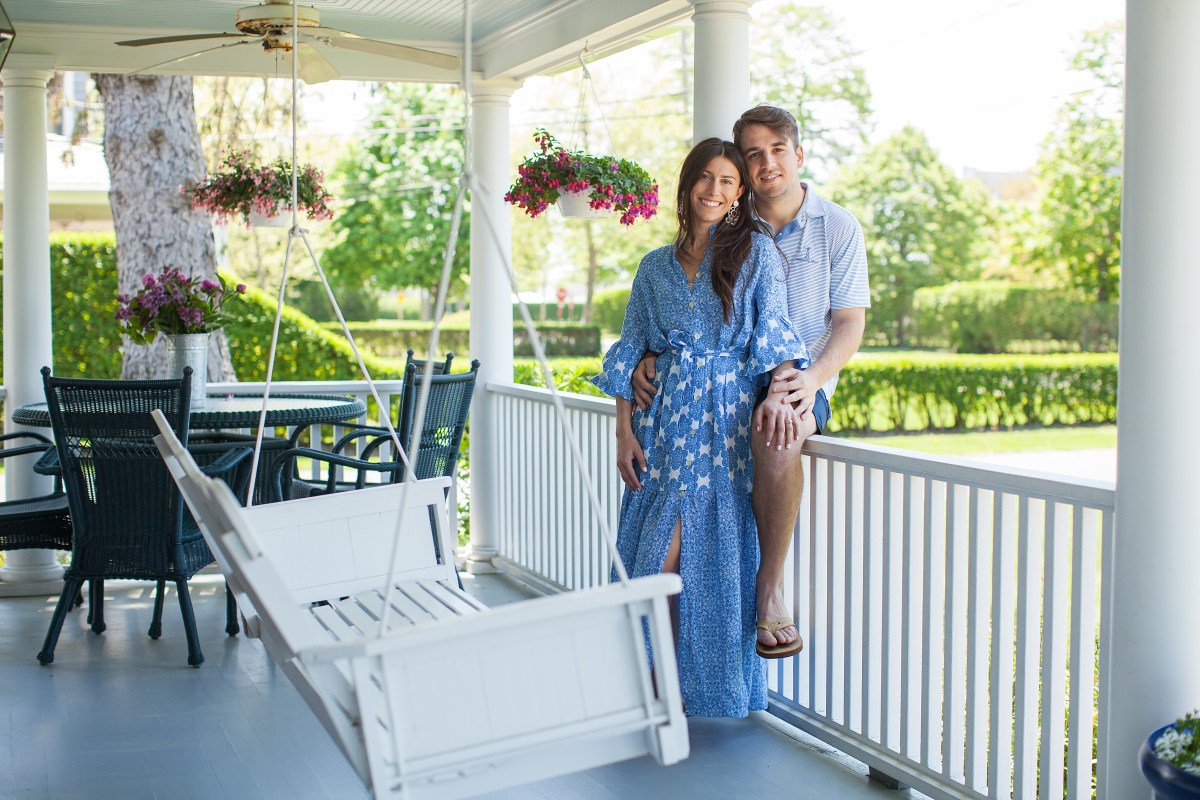 In the hierarchy of elite towns in the Hamptons, the village of Westhampton had ranked bottom.

Far west of the Shinnecock canal (a widely used but unofficial demarcation of what is and isn’t “the real Hamptons;” the idea is to be “east of the canal”), behind other lower-status waterfront mansion hubs like Hampton Bays and Quogue it was considered hardly “a Hampton.”

But, with higher-than-ever housing prices across the East End this season, it’s becoming harder and harder for snobby South and Easthamponites to sneer.

“We have always liked it here, but when we saw its fame rise, we really appreciated what we had and decided we want a larger property where we could be year-round,” said Nadine Rote, 54, the director of stores for the contemporary clothing boutique Palmer & Purchase, which has a Westhampton location. “It’s a town that has it all.”

With her husband John Rote, 54, an investment banker, the couple is now doubling down on the beach village, wrapping up construction on a seven-bedroom house with a pool, after having owned another summer home in town for several years.

“Westhampton has seen incredible demand in the last year as the Hamptons has become more desirable overall as a place to own a house,” said Corcoran broker Ashley Farrell, a Westhampton native. “The trend started pre-COVID when people caught on to how much time they could shave off their commute by basing themselves here versus spending another hour or more to get to East Hampton.”

The numbers tell the real story: The median home price throughout the Hamptons ballooned to $1.4 million in the fourth quarter of last year, the highest on record and a 55% increase year-over-year, according to Douglas Elliman data. It was the same in Westhampton Beach (the toniest portion of Westhampton), where the median sale price was $1.2 million in the fourth quarter of 2020, an increase of 49.12% from the year before, according to Sotheby’s International Realty data.

Although those prices have somewhat softened in the first quarter of 2021, inventory remains low and even longtime East Enders, aka multi-millionaires, have struggled to find an affordable foothold.

Compass broker Yorgos Tsibiridis reported selling a half dozen properties in Westhampton in the last year, noting that in a typical year, he normally sells just one or two.

“I would have sold more, but I lost them in bidding wars,” he said. “Homes are going for the asking price or more.”

Nevertheless, you can still get “a four-bedroom house with a pool that’s walking distance from town for close to $2 million,” said Farrell. “In Southampton, the price would be close to $3 million.”

But Westhampton’s relative affordability isn’t its only appeal. The town debuted a beautifully reconstructed Main Street last May with wider sidewalks, new landscaping and street lighting.

Restaurants like Salt & Loft and Flora, an upscale American spot, have become coveted reservations for locals. Meanwhile, the French chef Laurent Tourondel is opening a coffee shop at the end of April on Main Street in partnership with La Colombe. In May, he will also open an outpost of his LT Burger, already a hotspot in Sag Harbor.

“I love the charm of Westhampton, and the new downtown is a big part of why I’m establishing a footprint there,” Tourondel said.

Westhampton even offers a ritzy members-only escape that is far more democratic than the East End’s notorious exclusive Meadow or Maidstone clubs.

Dubbed Dune Deck Beach Club, the club was created in 2017 by Mike Meldman, the real estate mogul behind Discovery Land Company and Casamigos Tequila. A $1 million buy-in gets you access to one of Dune Deck’s 33-suites, pool, water sports and a splashy beachfront restaurant.

“The beach is just as beautiful as any other in the Hamptons, and the town has incredible character with great people,” said Bryan Zuriff, 52, a TV and movie producer behind “Ray Donovan,” who is a member of Dune Deck. “I think the biggest difference compared with other Hamptons towns is that it’s not see-and-be-seen.”

Newly minted Westhampton residents Nicole DeRose, 27, and her fiancée Shane Thornton, 28, agree. They closed on a three-bedroom cedar shake-shingle house with a wraparound porch and a pool at 98 Potunk Lane in March.

“We love everything about being here,” said DeRose. “There’s the convenience of being so close to the city, the gorgeous beach and the low-key vibe. [It’s] a quintessential beach town.”