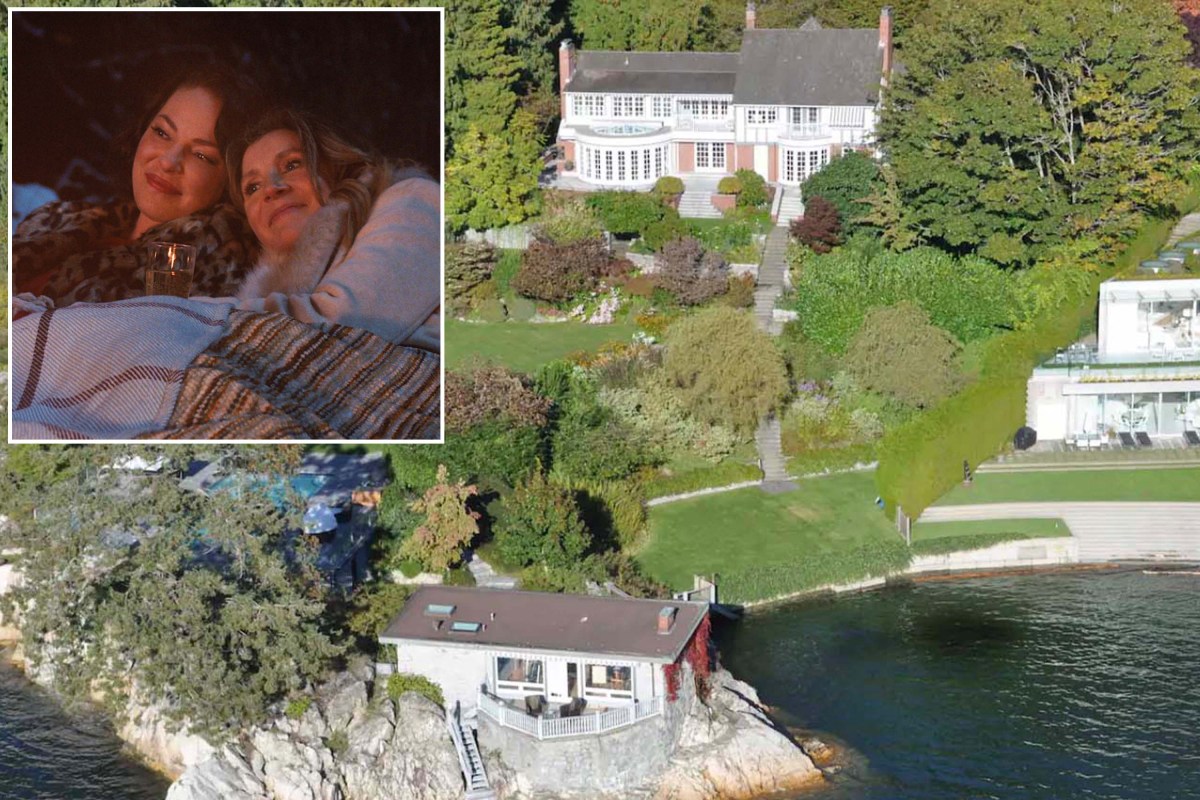 Mularkey may not have a job at the start of the series, but judging by her $22 million house, she’s no loser.

The shooting location near Vancouver, where much of Firefly Lane takes place, is for sale. But for those who can’t drop eight figures, it’s also an Airbnb for a more affordable $410 a night — with a few restrictions.

No shoes, no beach, no beach house, no guest house and no hot tub access. You’re not even allowed to use the espresso machine, according to the listing. Still, an almost five-star rating suggests that a night at this gorgeous house is worth $400 despite all the rules.

In the show, Mularkey lives at the five-bedroom, five-bathroom waterfront house with her estranged husband Johnny Ryan, played by Ben Lawson, as they co-parent their daughter Marah, played by Yael Yurman.

The almost 8,000-square-foot 1941 Tudor revival house sits off from the stunning beach and a rocky ledge, where a beach house and a guest house provide an additional 1,000 square feet of living space.

The covered brick entryway leads into a typical luxury first floor with the traditional foyer, dining rooms, family rooms, living rooms — all with french doors and vaulted ceilings, which made it a perfect set for Marah’s piano recital in episode four.

But the kitchen is the most gorgeous — and the most featured on TV — room in the house, filled with huge windows, glass-paneled cabinets and a double-sized island with black countertops.

It opens into a plush living room where Johnny sleeps on the couch their first night “bird nesting” and a beautiful solarium that allows light to pour into the house.

The mansion also boasts three fireplaces and several balconies. A sauna and a rec room grace the basement. The owner’s bedroom suite has a balcony, dual walk-in closets, a huge bathroom and an attached library — much of which is featured while Mularkey packs (and fights with her ex) for her weekend away in the third episode.

Outside is the heated in-ground pool and hot tub where Johnny and Mularkey’s other love interest, Travis, played by Brandon Jay McLaren, exchange blows in the fourth episode. The pool overlooks gorgeous bay and mountain views.

Stone stairs cut through jagged rocks onto a semi-private sandy beach below, which is shared with a neighbor, and a beach house on the rocks, which has a kitchen, washroom and laundry room, according to the listing.

The property also has a 600-square-foot nanny suite with a living and dining room, kitchen, bedroom and a porch. Plus, the estate has a 200-square-foot detached gym and a three-car garage.

Even if the couple had bought the house on Johnny’s salary as a journalist, the mansion is not too bad for a single mom, all considered!