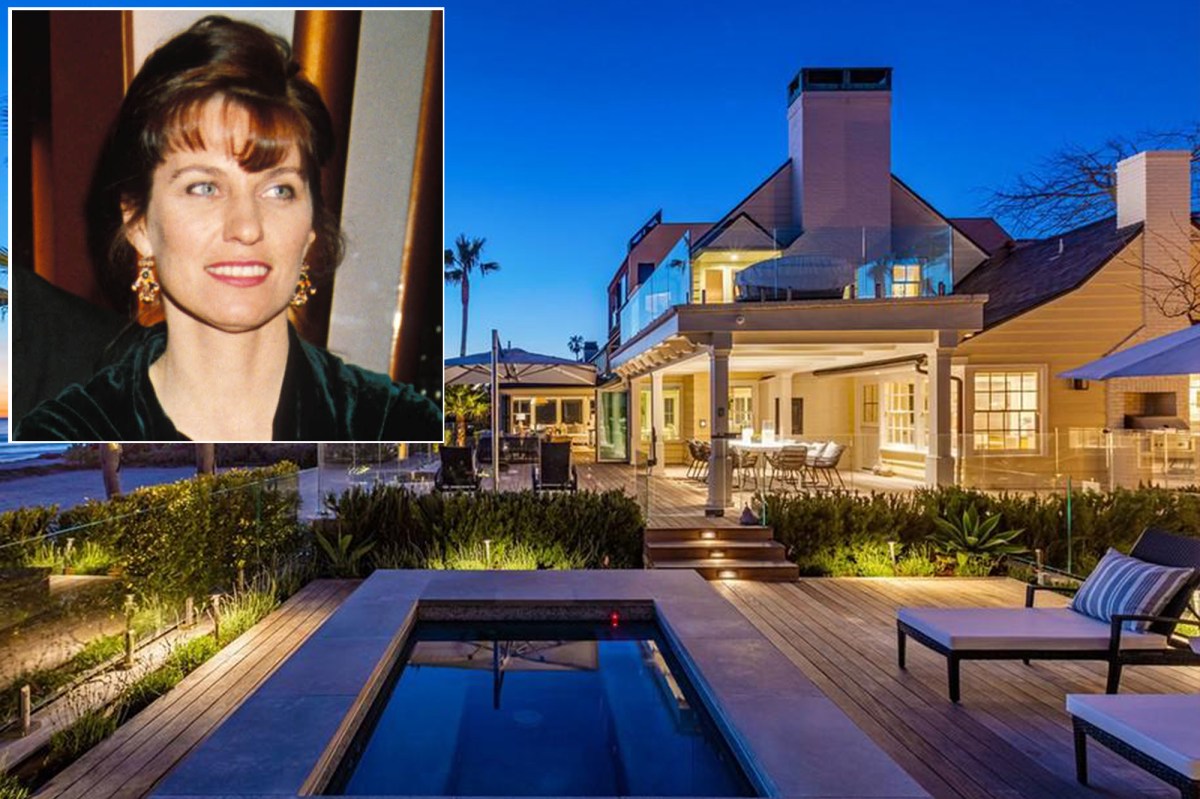 This Malibu beach house was Robyn Moore’s pet project after she divorced Mel Gibson in 2011, but now she’s ready to let it go — for $32 million.

It’s the most expensive house of its size in West Malibu, Calif., at 5,500 square feet. But Moore’s huge asking price comes from the property’s 1-acre lot that consists of three smaller lots, creating 100 feet of coveted private beachfront, according to the listing.

The home itself has four bedrooms and five and a half bathrooms.

The 60-year-old bought the property for $18.15 million in 2011 following her divorce from the “Braveheart” star being finalized. Moore got to work remodeling the kitchen, the owner’s suite, the guest house and other features of the house, property records show.

Moore also redid the owner’s suite bathroom and extended the suite’s private deck, replacing more brick flooring with stone tiling and replacing white fencing with clear glass to maximize views. The owner’s suite has a green-and-blue-tiled fireplace, wood floors, white-painted wood paneling and a sitting area, according to the listing. 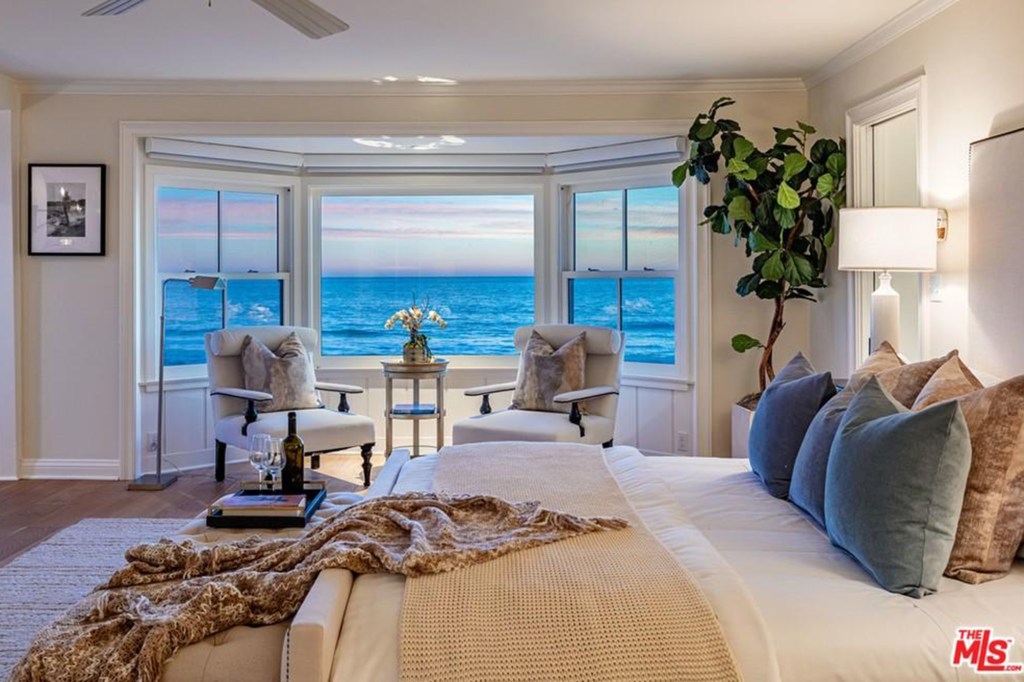 The owner’s suite has a green-and-blue-tiled fireplace, wood floors, white-painted wood paneling and a sitting area. 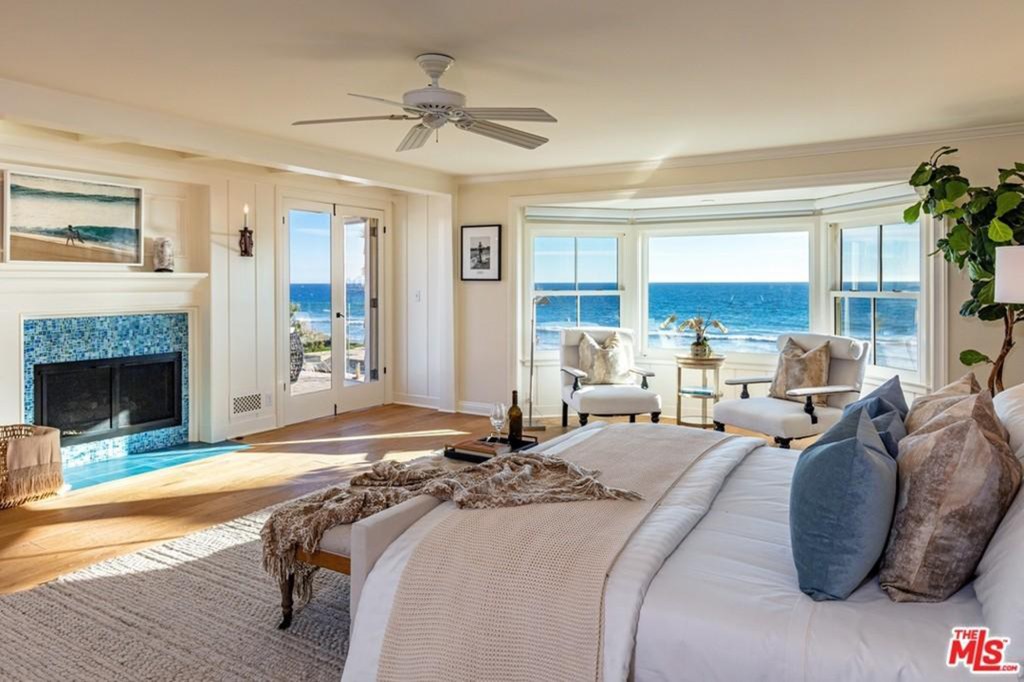 Moore also added a guest house, according to a California Environmental Impact report. The arched-ceiling house has gorgeous green tiling, French doors, expansive windows and chandeliers dripping with blue and green. Outside the guest house is a one-of-a-kind spa pool lined with huge stones near a covered patio.

Her remodel preserved the aesthetic of the house, which could have been pulled out of the Hamptons — especially because she painted the wood floors and the ceiling beams white, a risky yet distinctly beachy decision.

The house was designed by architect Gerard Colcord in 1958, according to a Redfin property listing. It was previously owned by Pulitzer Prize-winning “The Odd Couple” playwright Neil Simon, who sold the house to Walt Disney’s great-niece Susan Loughman in 1994, according to the Los Angeles Times.

Moore famously split from actor and director Gibson in a $425 million divorce that was finalized in 2011. They separated in 2006 after 26 years of marriage in light of Gibson’s increasingly erratic behavior. Later, others accused him of abuse, although Moore and their children defended his character.

Moore and her 65-year-old ex have seven adult children together: Hannah, Edward, Christian, William, Louis, Milo and Thomas, who were all raised in Malibu. Moore is not known to have any other children. The “Passion of the Christ” maker also has an 11-year-old daughter with 51-year-old ex-girlfriend Oksana Grigorieva and was most recently known to be dating 30-year-old Rosalind Ross, the mother of his ninth child.

Moore purchased a $17.5 million Malibu home late last year, and she previously owned two other Malibu homes, one that burned down in the 2018 Woolsey wildfire and the other that she sold to real estate developer Robert Flaxman, who was later caught in the college-admissions scandal, according to Variety.

Ellen Francisco of Coldwell Banker Realty has the listing. She did not return a request for comment.