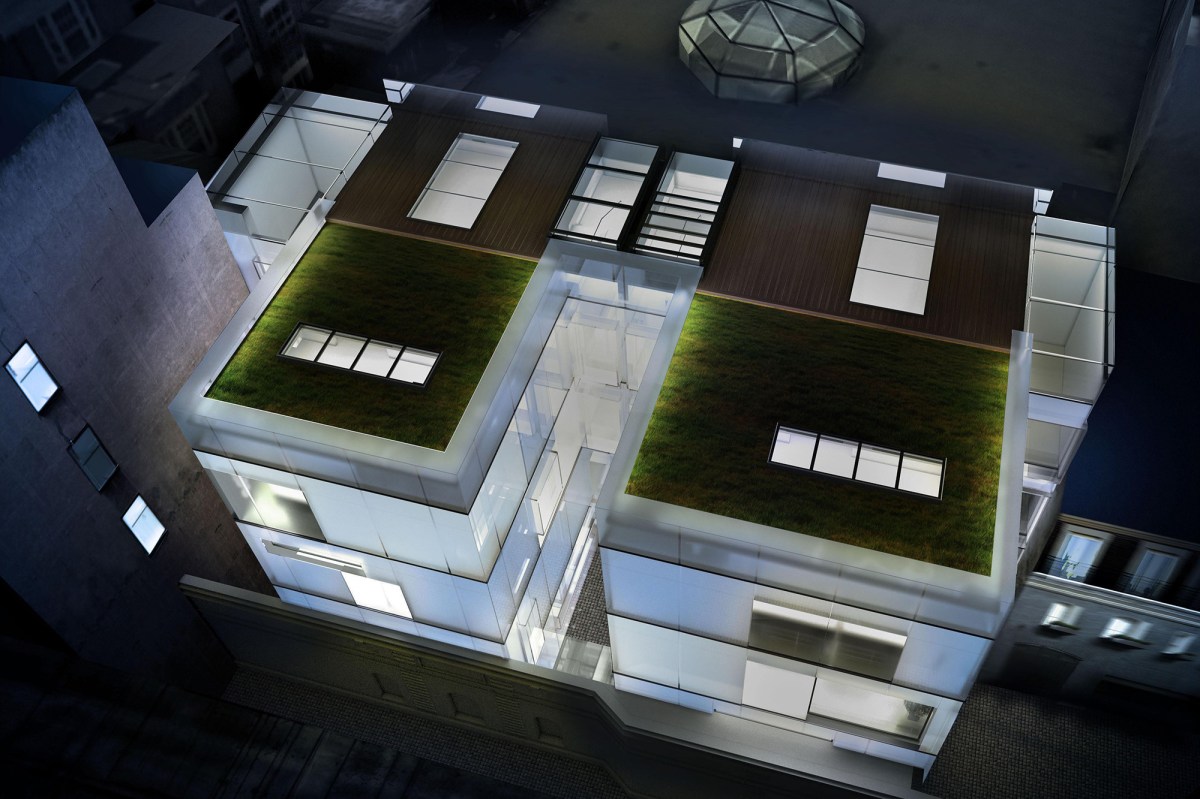 This £50 million glass duplex on a 0.6-acre lot in Mayfair, London, is worth about 68.6 million US dollars. The 13,583-square-foot mansion has eight bedrooms and a striking exterior of frosted glass.

New tenants are trying it out before deciding whether they’ll buy. Designed to house one family or two, the mansion has been split and rented out by wealthy French and German families who are independently considering purchasing all or part of the house. The rental is a combined £17,000 — about $23,300 — a month.

“It is designed in a really clever way. It’s one vast house or it can be configured basically as two big separate houses because of the interconnections on each of the floors,” said Peter Wetherell, founder and chairman of London-based Wetherell in a statement. 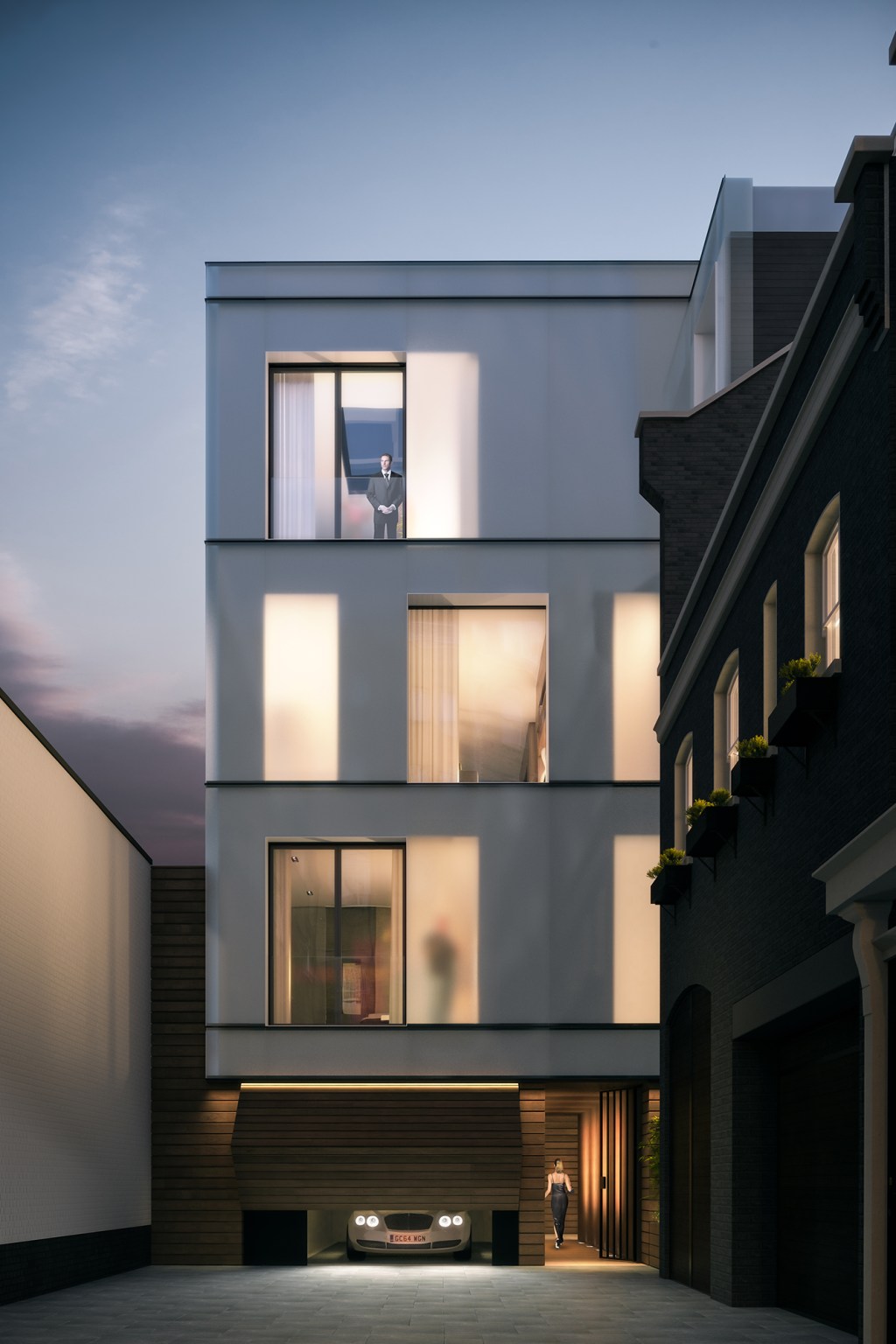 Designed to house one family or two, the mansion has been split and rented out by wealthy French and German families who are independently considering purchasing all or part of the house. 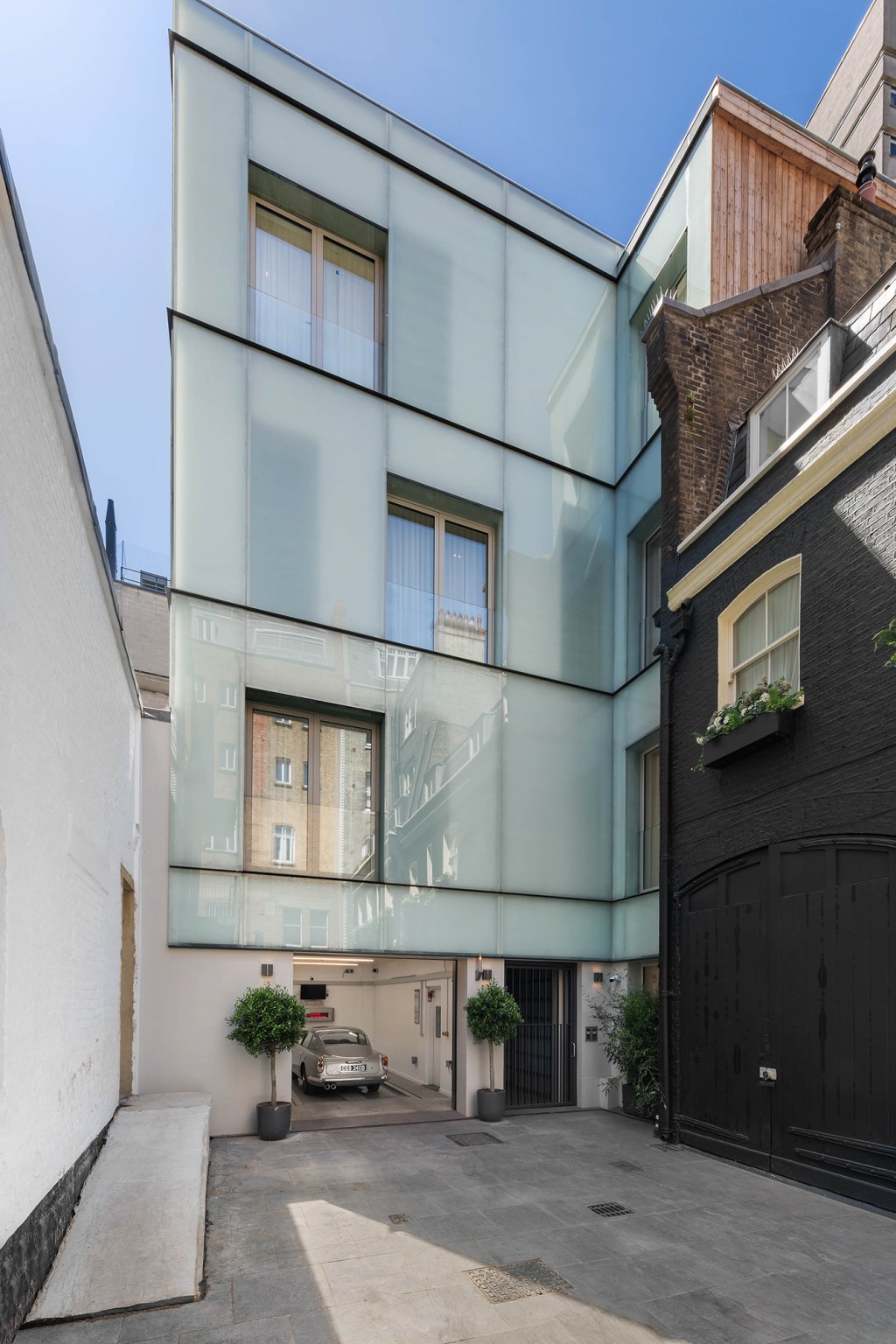 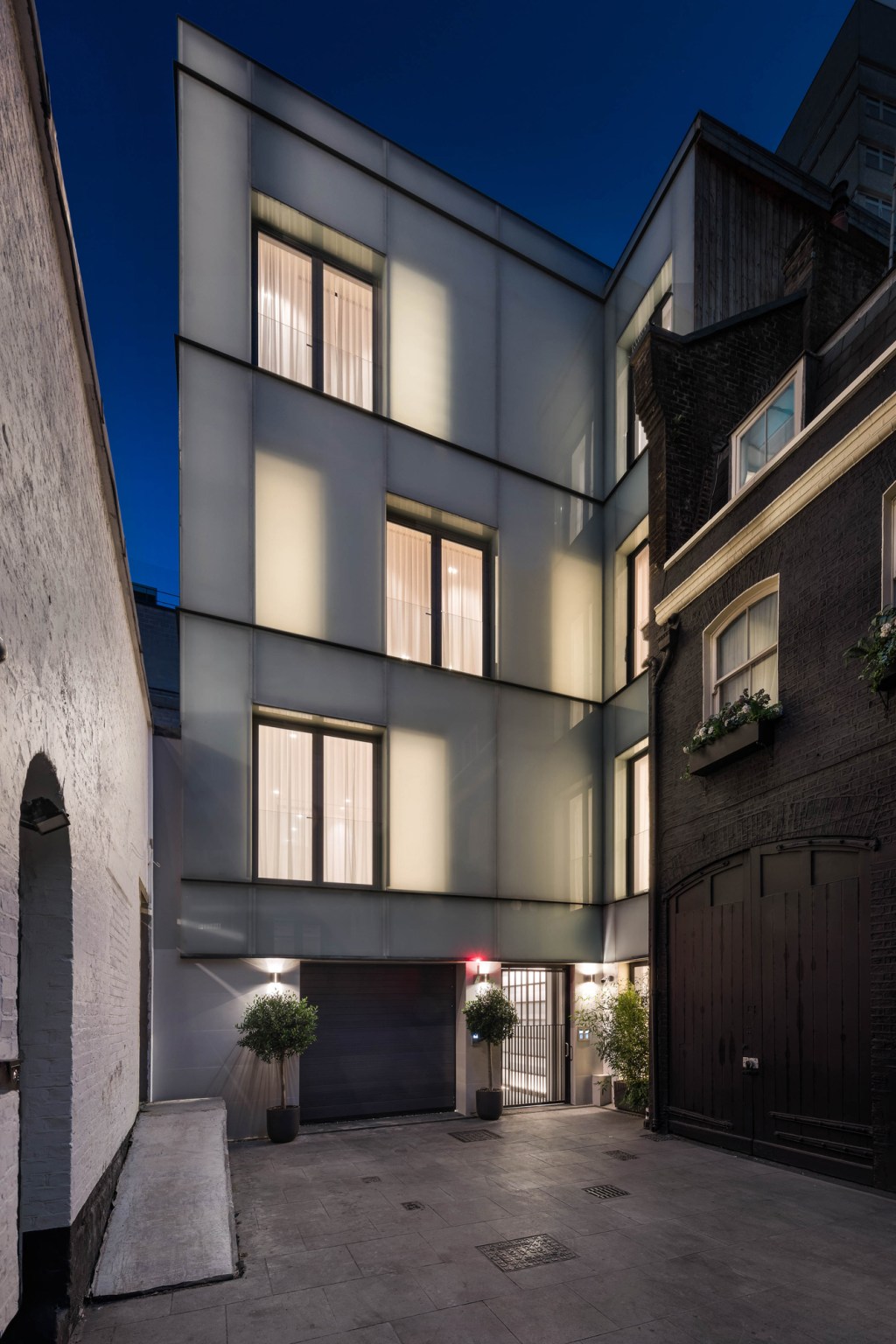 The 13,583-square-foot mansion has eight bedrooms and a striking exterior of frosted glass.

The house has floor-to-ceiling windows and numerous skylights, but if a glass barrier between indoor and outdoor living doesn’t get you close enough fresh air and sunshine, the house offers balconies, a winter garden and a combined 1,251-square-foot roof garden. The green home is powered by carbon-neutral ground-sourced engineering, according to the press release.

“The premium rental values reflect the quality of the scheme and the facilities provided, such as the private cinemas, spa and pool facilities and underground parking” in the four-car garage, said Gary Hersham, founding director of London-based Beauchamp Estates, in a statement. Beauchamp Estates rented out half of the mansion.

Plus, it has two spas, each with saunas, steam rooms and changing facilities. One spa also has a gym, lounge deck and swimming pool, while the other has a hammam, which is a series of rooms that go from hot to cool.

“The Turkish-style hammam has a sauna, a massage room and a steam room with different levels of heat,” said Wetherell. In the last room, “ice and snow come from the ceiling into a big sculptural basin, and a masseur puts fresh snow and ice all over your body. It is based on a Greenland massage and health tradition that tightens the skin. Then you go into the sauna to relax afterward. It’s very cool.”

The unique house was designed by a Mayfair developer and Richard McCarthy of architectural practice Scott Brownrigg. Beauchamp Estates and Wetherell had the rental listings.