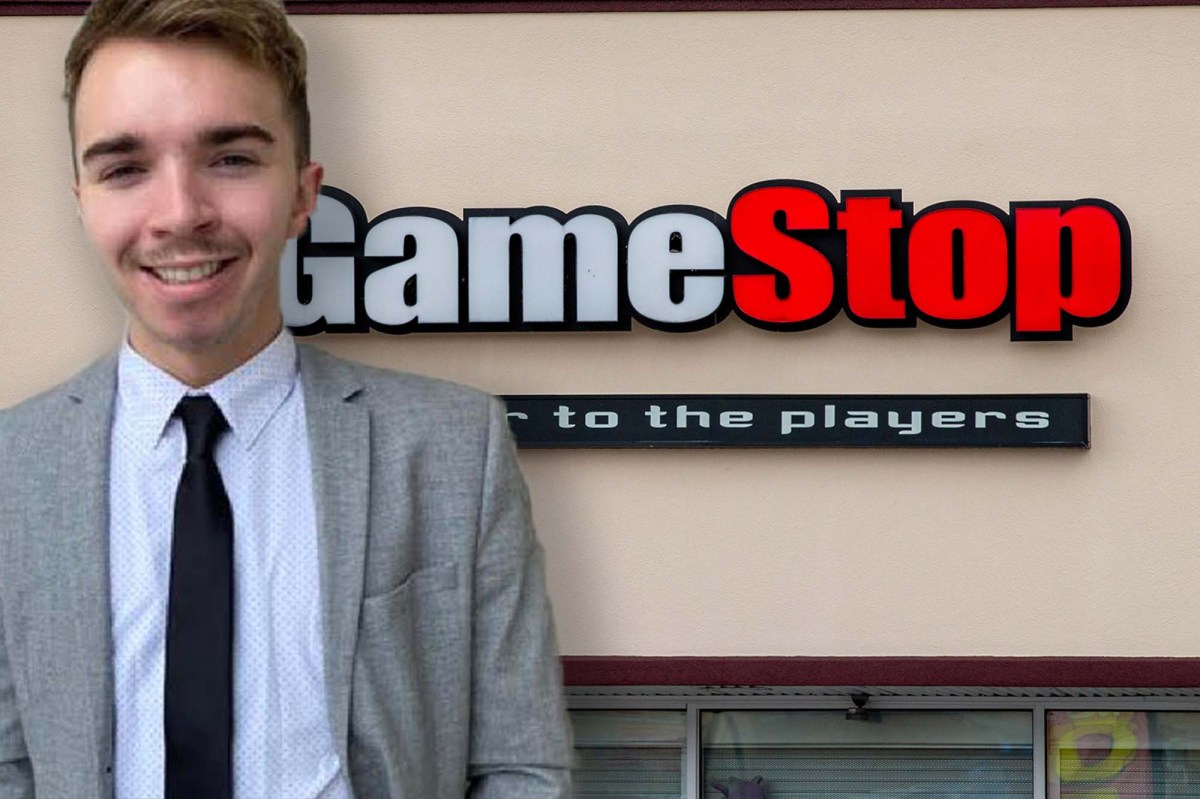 Jack West bet it all when he took out a second mortgage from his parents’ to invest in GameStop and AMC stocks.

The next day, the 22-year-old Indiana native nearly lost it all after Robinhood — the trading app meant to “democratize finance” — halted the trades.

Fueled by Reddit users collectively taking on the Wall Street elites by betting on retail stocks that hedge fund managers usually short, the stock market went into a frenzy on Wednesday, Jan. 27.

But according to West, his intention was “to live in the moment,” and take a stand against the Wall Street establishment.

“As of right now I am terrified, but optimistic,” West told The Post, adding that his parents have no clue about his decision to take out a second mortgage on their behalf. West apparently made the move on Monday via a zoom call (without the camera on) with his hometown bank.

“I bought into the hype. Why not? You only live once,” West said. “Value investing isn’t a thing anymore, and it’s really all about the hype.”

West invested nearly $70,000 into the GameStop and AMC Theatres stocks using his parents’ mortgage as collateral. He was confident that the stock would see large gains.

“I am afraid right now,” West revealed. “Everything is changing by the minute.”

“Unfortunately, we can see again today that the free market isn’t free and once again our economy revolves around saving the rich.”

GameStop ($GME) went up to $530 a share, only to plummet down to $238 on Thursday after Robinhood, Ameritrade and others halted the trades.

“I feel like this is a monumental day in the trading industry to show that modern economic theory regarding it all can be proven wrong,” West said. “Robinhood was a reputable app (not anymore as of this morning). These are the consequences of investing in stocks that don’t follow their true value.”

West isn’t alone; many other individuals have shared on social media that they, too, have taken out a second mortgage to invest in these stocks.

Aswath Damodaran, a finance professor at the New York University Stern School of Business told The Post that he understands the backlash against Wall Street, but their power and influence on the markets remain.

“I don’t think that this AMC/GameStop saga will end well. The hedge funds directly in the line of fire may very well go down, but that is a space that will be quickly filled,” Damodaran said.

“My bigger concern is for the Reddit/Wallstreetbets traders who are piling into these stocks, and my question would be a simple one: What does winning look like? If it is bringing the hedge funds directly in the line of fire down, you may and perhaps will succeed, but at what cost to you?”

According to Damodaran, these companies hold “deep structural and financial problems.”

Despite this, he said that the markets should not have reacted the way they have.
“Market corrections don’t happen because of one big blow, but because of multiple small ones. So, yes, this episode should shake up all of us, but panic is not the right response.”

Barstool Sports founder Dave Portnoy criticized the move as criminal, calling for all those who played a hand in this effort be sent to prison.

“I own $amc $nok $nakd. I bought them with the understanding we live in a free market where people can buy and sell stocks fair and square and at their own risk,” Portnoy, 44, wrote in a tweet. “I will hold them till the death as a reminder that @RobinhoodAppvfounders must go to prison.”

Elon Musk was also critical of the decision by Robinhood and other trading platforms to halt the stocks, calling it “bulls**t,” and explaining how the whole idea of shorting a stock was a scam to begin with.

Robinhood has since been hit with a class action lawsuit after it restricted the buying of stocks that were popularized on a Reddit web forum.

Political figures such as Ted Cruz and Alexandria Ocasio-Cortez have also expressed their concern with the way Robinhood and others reacted to retail trading efforts.