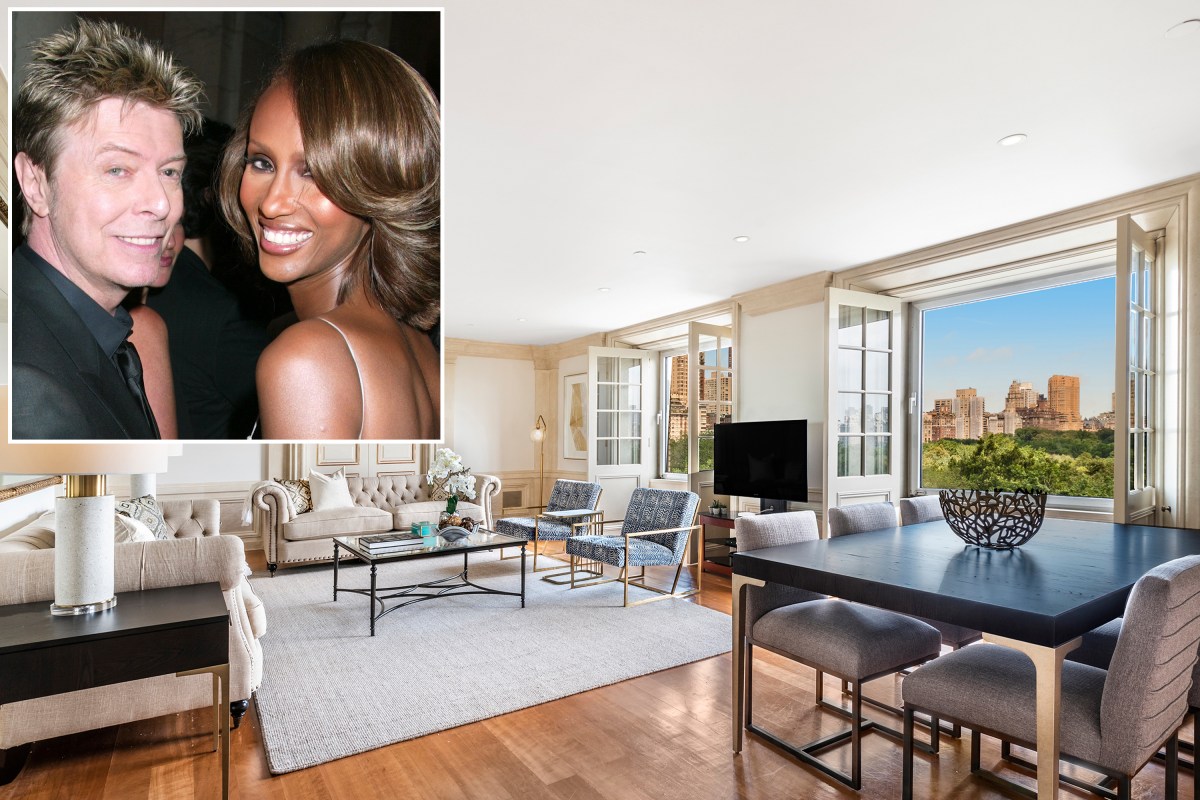 From 1992 to 2002, Bowie and his supermodel wife Iman called the JW Marriott Essex House — the landmarked Art Deco building at 160 Central Park South, built in 1931 — home.

The two-bedroom, 2½-bath unit is 1,877 square feet and comes with a 28-foot-long living room overlooking Central Park. A panic room formerly installed by Bowie no longer exists but they did leave behind a Yamaha piano that was featured in listing photos.

The groovy digs first hit the market in 2014 with an asking price of $7.5 million — but it was last asking $5.95 million. The identity of the new owner is not currently known.

The late rocker isn’t the only Essex House unit to see some action this week. Just down the hall from Bowie’s former ninth-floor unit, David Ensign, the son of the late Vegas casino owner Mike Ensign, also just closed on an apartment for $3.85 million via an LLC called Meow.

The unit was first on the market for $4.35 million in early March of last year. David Ensign is also the brother of former Republican Sen. John Ensign who resigned in disgrace in 2011 after trying to cover up an affair he had with a staffer married to his chief of staff. (Mike Ensign adopted John and his siblings after marrying their mother.)

The listing broker of Ensign’s unit was Dolly Hertz of Engel & Völkers.