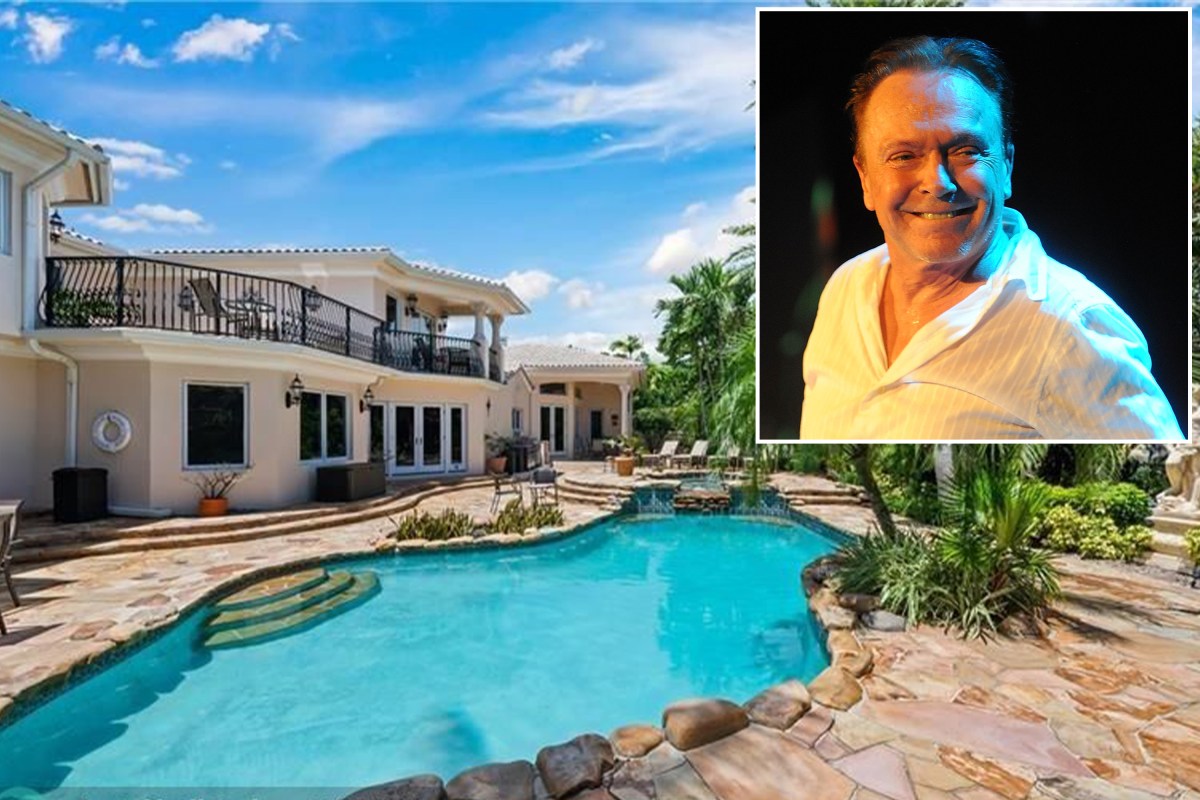 New owners are saying, “I think I love you,” to the home of the late “Partridge Family” star and teenage heartthrob David Cassidy — and are looking to rent it out for $25,000 a month.

The 7,100-square-foot Fort Lauderdale mansion at 1600 S. Ocean Drive sold to California real-estate investors Amy Raff — who once hung Cassidy’s poster on her bedroom wall — and Abe Rotchel for $2.6 million in December. They plan to make the mansion their primary address next year after making renovations — possibly on a TV show, they told Fort Lauderdale’s Sun Sentinel — but until then, they are seeking a tenant who will love this house as much as they do, according to their broker.

“The owners are planning to relocate to Florida eventually, and they fell in love with the house,” rental listing broker Esti Kadosh, a Florida-based Coldwell Banker realtor, told The Post. For now, “we are looking for someone special to appreciate this place,” she said of the furnished listing.

David Cassidy bought the $1.1 million home in 2001 and completely renovated it in 2006 before losing it in a Chapter 11 bankruptcy filing in 2015. The five-bedroom, seven-bathroom house was home to Cassidy and his wife, Susan Shifrin-Cassidy until their divorce in 2015. Cassidy died at age 67 in 2017 of liver and kidney disease.

The Harbor Beach property has 130 feet of private beach access, a dock on Lake Mayan and a canal to the west of the property, and it faces the Atlantic Ocean on the east. The mansion is a short walk from Las Olas Boulevard, which is famed for its restaurants, shopping and galleries. But residents needn’t leave the half-acre property for relaxation and entertainment — the property itself has a large pool, a jacuzzi, a gazebo, outdoor dining areas, barbecue areas and an ornate garden, according to the listing.

“The outdoor of the house is exceptional. You feel like you’re in a resort,” said Kadosh. “It’s gated for privacy and has beautiful landscaping.”

Inside, the house has tall, vaulted ceilings, ornately carved wooden doors and ornamented fireplaces, two master bedrooms — one with its own gym — and a private spa.

“The house has great ambiance and a lot of natural lighting. I think that any person who’s going to live in this house will feel every day like he’s really in a resort,” said Kadosh, who added that the owners are looking for renters who “like to be in a secluded neighborhood, who like to be on the water and to be in a resort-style. They are looking for a lovely family to live in the place.”

Its former owners, Maryland oncologist Scott Watkins and his partner Thomas White, acquired the house at a bankruptcy auction in 2015 for $1.8 million and installed a plaque in the house to honor Cassidy.

A look at Kamala Harris’ houses and $8 million real estate portfolio
Microsoft President Brad Smith explains how political contributions really work
The Most Commonly Assigned Books In U.S. Colleges
Pfizer-BioNTech vaccine found to be effective against Covid variant discovered in the UK
Here’s what analysts are expecting ahead of next week’s Apple earnings