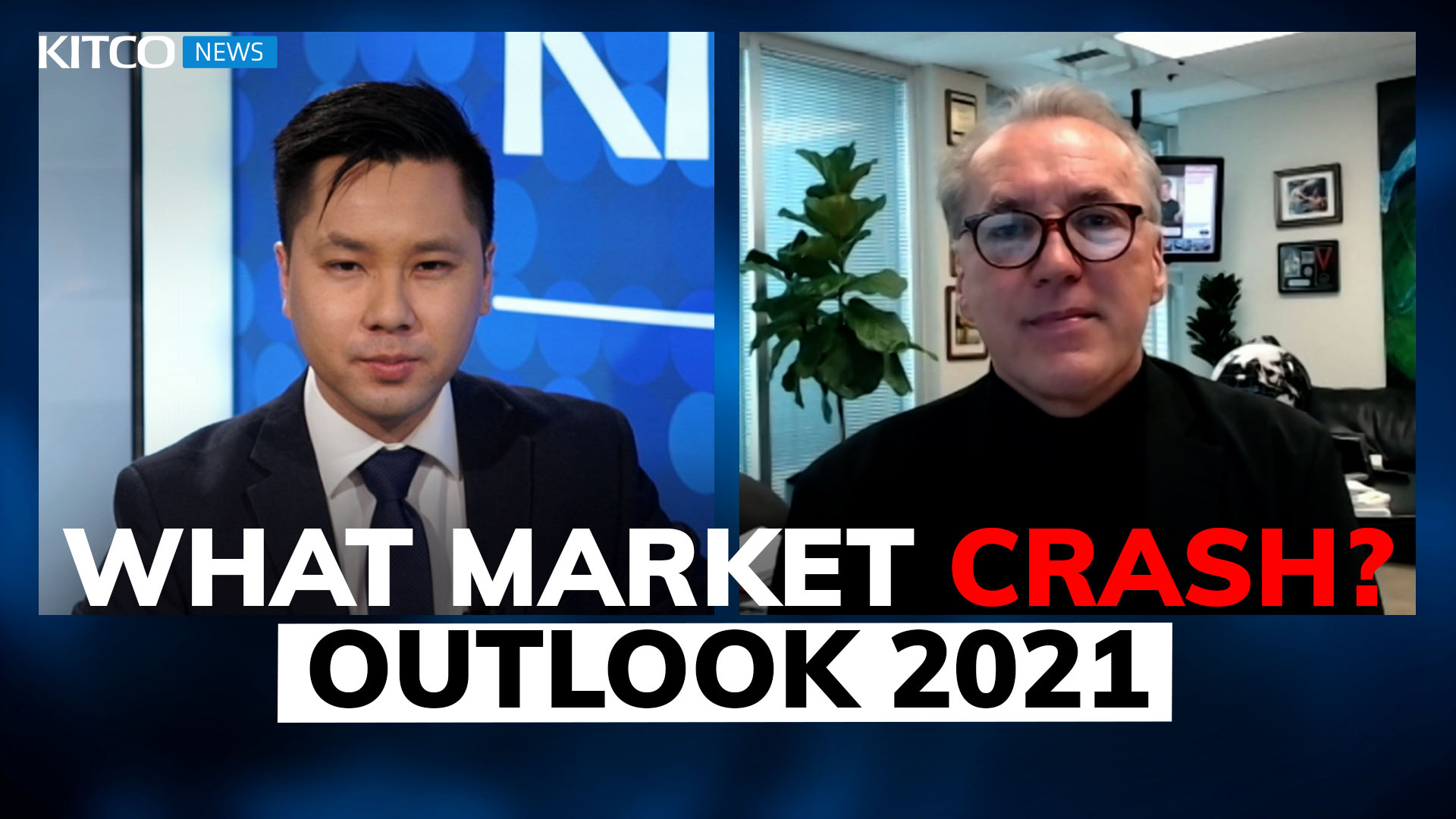 2021 is not going to be the year of another market crash, said Frank Holmes, CEO of U.S. Global Investors. In fact, the economy is expected to see a substantial rebound, followed by a rally in gold, stocks, and bitcoin.

Total stimulus, both monetary and fiscal, has now reached $10 trillion.

“It’s ignited the PMI. The Purchasing Managers’ Index is a great leading indicator. When that turns for China and when that turns for America, we’re 40% of all global trade, copper, iron, all the metals start surging, and I think we’re going to continue to see this now the last $2 trillion coming in from Congress and President Trump, that’s going to be huge for consumer spending,” Holmes said.

Frist quarter gross domestic product (GDP) growth is going to be around 5%, higher than the consensus, Holmes noted.

Headwinds to growth would be a potential corporate tax increase from the Biden Administration.

Holmes noted several important trends and themes to watch as an investor in 2021.

Equities markets will likely continue rising, as the brunt of the economic fallout has already happened, Holmes said.

“The bankruptcies have already taken place and many companies were bailed out. Small businesses across America were given capital, and so I don’t believe that,” he said. “[The economy] is on a tear.”