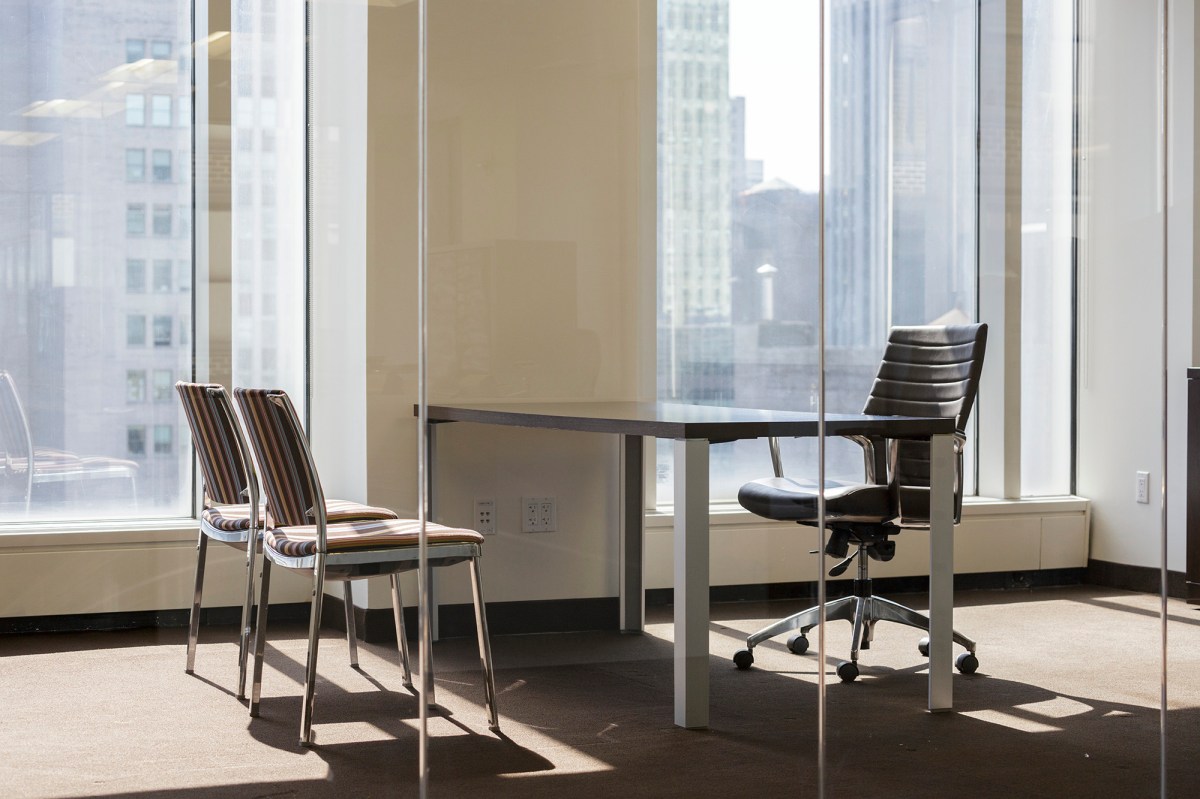 Landlords are praying that the launch of COVID-19 vaccines will finally send more employees back to their desks after the turn of the year. But there’s little movement so far, and some big tenants have hit the pause button on previously planned returns as they await the vaccines’ full-scale rollout.

Apple CEO Tim Cook recently said it “seems likely” that most staff won’t be back before June. That return date, if it holds up, would actually please landlords, who’ve seen company after company balk at calling employees back to their desks — among them, Google, JPMorgan Chase and Bank of America.

Most real-estate insiders agree with work-from-home skeptic Ruth Colp-Haber, a Wharton Property Advisors principal, that “self-isolation is a dead end and human beings need to gather together.” Yet New York metro-area occupancy dipped to 12 percent the week before Christmas, Kastle reported, compared with a weekly average between 14 and 17 percent in previous weeks.

Work-from-home hasn’t yet sunk any landlords, as most tenants continue to make lease payments. But if WFH lasts indefinitely, it would be a calamity — and not just for New York.

One industry insider unwilling to be named said, “Take it to the extreme. Not just Manhattan but cities around the world turn into white-elephant ghost towns. What happens to all those buildings which prop up whole economies?”

The vast majority of landlords, brokers and analysts dismiss such a worst-case scenario. But with each passing month, the near-empty state of Midtown, Midtown South and downtown ratchets up the tension.

On the reassuring side, real-estate research and consulting firm CREtech reports that nearly 60 percent of US employees expect to return to their offices, at least part-time, by the end of the first quarter.

Less comforting, a Fortune survey found that one-third of all employees would prefer never to go back to their desks. The wish to work from home permanently was most pronounced among older workers ages 55 to 64.

SL Green CEO Marc Holliday said in a third-quarter earnings call that “80 percent, 85 percent of the people that work in office buildings are still home, and that’s frustrating.”
CBRE Chief Executive Bob Sulentic said on CNBC that the vaccine launch will be “crucial” and lead to “much more activity” in office buildings by mid-2021.

Landlords attribute the slow return pace partly to employees’ fear of contracting the virus on mass transit and lack of amenities that are a main reason why people enjoy working in dense commercial districts. Theaters are dark and restaurants are closed for indoor service.

They also blame chief executives for not pushing their staffs hard enough to reclaim their offices.

“The CEOs themselves are willing to go back, and many have,” one executive of a privately held property firm told The Post. “But they’re leery of getting sued if someone catches COVID-19. They say they want to bring their teams back, but they don’t do enough to make it happen,” he said.

“Meanwhile, every month they stay home further cements the idea of working at home.”
Colp-Haber wrote in a newsletter, “The decision on when and how to return to the office will be made by senior management, not the rank-and-file employees.”

Kicking off a plan to reopen LPQ in vacant, former Maison Kayser locations, Aurify just signed a lease for a new LPQ in 2,425 square feet of ground-floor space and 1,300 square feet in the basement of Manhattan Skyline’s 1377 Sixth Ave. at West 56th Street — the rental apartment building Claridge’s.

Aurify co-CEO John Riggs told The Post, “We’re opening it up as the new and improved LPQ, which will offer a superior culinary and hospitality experience than before.”
Joshua J. Roth repped Skyline in-house, while ACS Real Estate Advisors repped Aurify.

The Kaufman Organization racked up 130,000 square feet of new leases and renewals in the past few months, according to company principal Grant Greenspan.

A first for this meat

Third-generation artisanal butcher Piccinini Brothers, a supplier to top city restaurants such as Restaurant Daniel and Balthazar, has launched a shop at 633 Ninth Ave. at West 44th Street. It’s the first time customers can buy Piccinini’s meat and poultry at a retail location. Its products were previously available only through its Web site for home delivery.