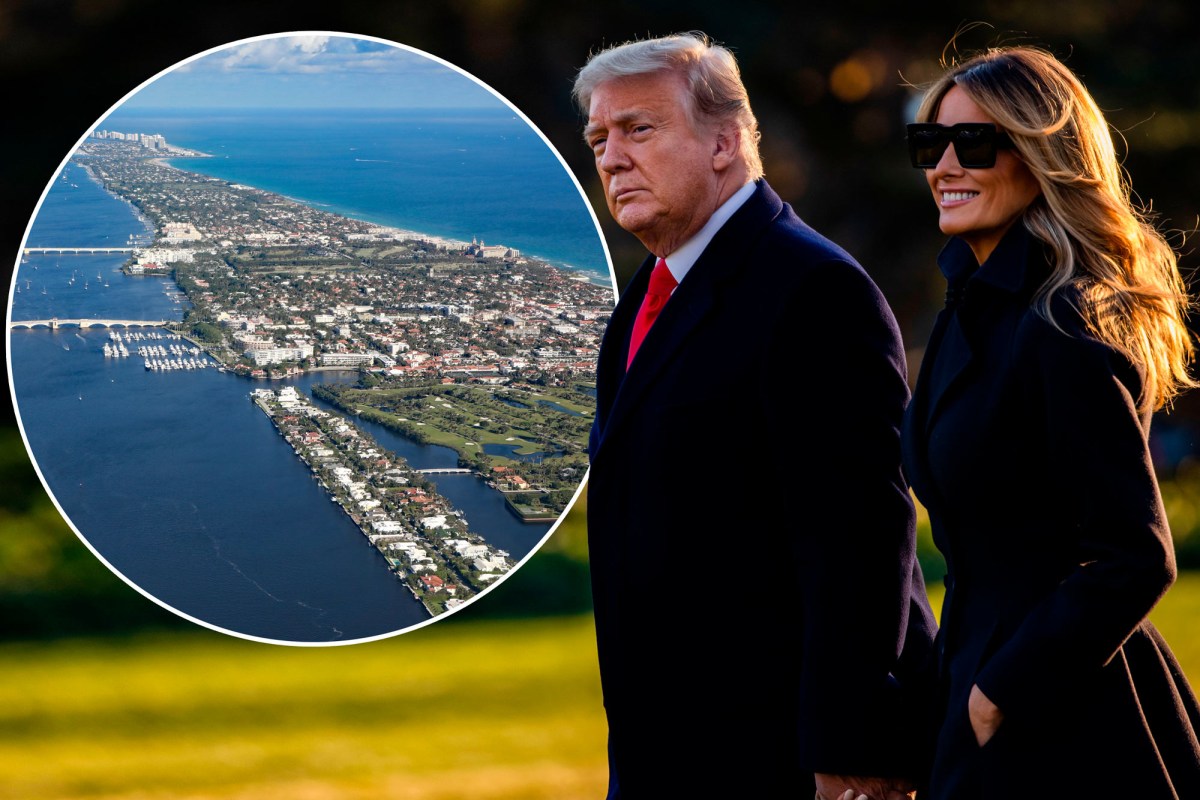 Donald and Melania Trump are the latest in their family to look at premium Florida property, according to an insider — even as there is buzz that they’ll live at his private club, Mar-a-Lago, after he leaves office.

A source told us, “Melania and Trump are talking to brokers about buying a house in Palm Beach, or nearby, as the living space at Mar-a-Lago isn’t big enough, and there could be some potential conflicts.”

The first couple are at Mar-a-Lago for the holidays, and a source told Page Six: “Melania has been redecorating their apartment . . . where they have separate bedrooms, sitting rooms and offices.” Reportedly 2,000 square feet, the place once belonged to Marjorie Merriweather Post. People magazine reported the space is being renovated, expanded and modernized.

There have been reports that Mar-a-Lago can’t be a permanent residence, due to a deal Trump made years ago to turn it into a private club. Some locals are up in arms about Trump possibly living there, but the Palm Beach town manager told the Miami Herald, “The town is not aware of the president’s intent in this regard and has no evidence to support said claim.”

The Trumps have also been looking at Palm Beach-area private schools for their son, 14-year-old Barron. Another source said, “They are . . . also looking for homes near Mar-a-Lago to purchase. The thought is they will stay at Mar-a-Lago initially,” Page Six reported.

White House reps did not get back to us.

Page Six also previously reported that Ivanka Trump and Jared Kushner have bought a $30 million lot on Florida’s Indian Creek Island, and that Ivanka could launch a political career from the state.