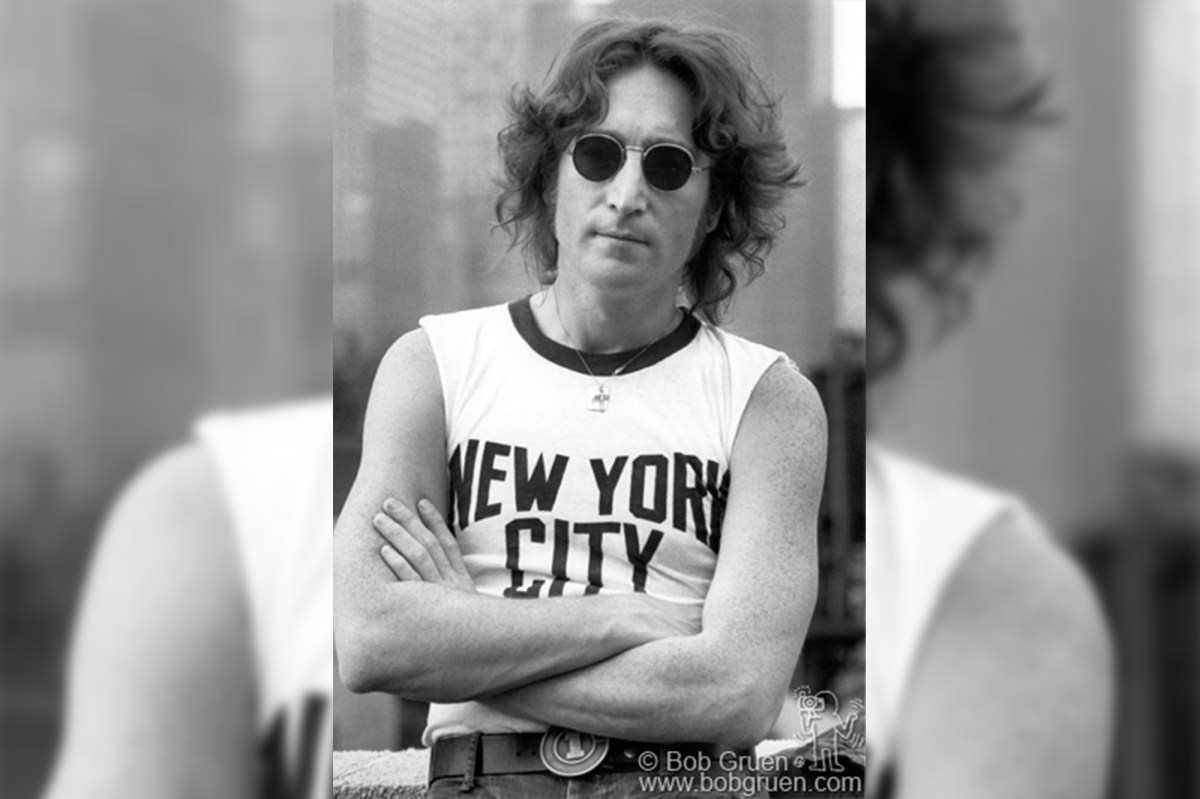 A Manhattan penthouse where John Lennon lived during his famed UFO sighting and an iconic photo shoot is about to hit the market for $5.5 million.

The triplex atop 434 E. 52nd St. is where the Beatles frontman turned solo artist claimed to see a UFO from the terrace, a story he later told Andy Warhol’s Interview magazine in 1974. The apartment’s terrace is also where Lennon, then 33, was photographed in a tank top that said “New York City” in all caps. Those striking black-and-white images, shot in August of that year by Bob Gruen, were published with the Interview story.

“I was lying naked on my bed, when I had this urge,” Lennon told Interview. “So I went to the window, just dreaming around in my usual poetic frame of mind … There, as I turned my head, hovering over the next building, no more than 100 feet away was this thing with ordinary electric light bulbs flashing on and off round the bottom, one non-blinking red light on top.”

434 E. 52nd St., an Emery Roth-designed prewar classic co-op in Sutton Place, is where Lennon lived in the mid-1970s during his “Lost Weekend” phase with his assistant and mistress May Pang. At the time, he was estranged from Yoko Ono (hence absent from their famed Dakota apartment) and recording his fifth solo album, “Walls and Bridges.”

The 4,000-square-foot co-op overlooking the East River that Lennon occupied at the time has since been renovated. It features five bedrooms, four bathrooms and a sprawling 2,000-square-foot landscaped wraparound terrace that is accessible from every room on the main floor.

The first floor is anchored by a large living room with high ceilings, a woodburning fireplace and inlaid hardwood floors. There’s also a library/media room and a home office/possible bedroom on the first floor, along with a French chef’s kitchen and a formal dining room with its own fireplace. A wrought-iron staircase leads to an upper level with a sitting room and a master bedroom with 14-foot ceilings, a fireplace, two en-suite bathrooms and a two-level dressing room with its own electronic rotating closet system plus a washer/dryer.

The apartment was later owned by Edward Germano, owner of the iconic recording studio Hit Factory. (The current owners are an investor and his gallerist wife, who bought the home for $4.5 million in 2015.) The spread also boasts a lower level that operates as a self-contained one-bedroom apartment with a large living room, a fireplace and its own private entrance.

The listing broker is Lauren Cangiano, of Brown Harris Stevens.