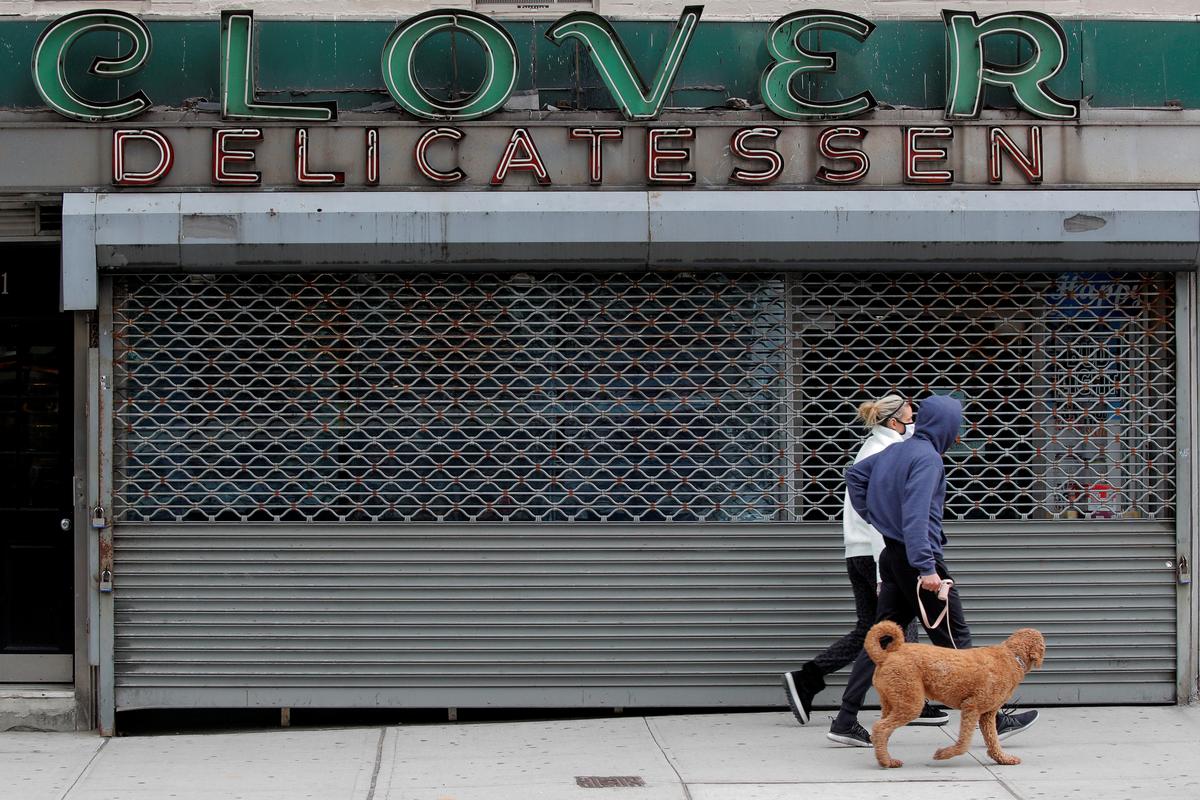 (Reuters) – Here’s what you need to know about the coronavirus right now:

People pass by a closed Clover Delicatessen, during the outbreak of the coronavirus disease (COVID-19), in New York City, U.S., April 29, 2020. REUTERS/Brendan McDermid

How does a country of 96 million people bordering China get to a situation where it has just 270 confirmed coronavirus cases and zero deaths? Ask Vietnam.

Health experts say Hanoi made early, decisive moves to restrict travel into the country, put tens of thousands of people into quarantine and quickly scaled up tests and tracking of people who may have been exposed to the virus.

“The steps are easy to describe but difficult to implement, yet they’ve been very successful at implementing them over and over again,” said Matthew Moore, a Hanoi-based official from the U.S. Centers for Disease Control and Prevention (CDC).

It estimates the slump in energy demand will lead to a drop this year in carbon dioxide emissions of 8% – six times larger than the biggest fall of 400 million tonnes recorded in 2009 following the global financial crisis.

“Given the number of deaths and the economic trauma around the world, this historic decline in global emissions is absolutely nothing to cheer,” the IEA executive director Fatih Birol told Reuters.

Birol instead urged governments to seize on the disruptions to build greener energy infrastructure.

Dr Anthony Fauci’s announcement from the Oval Office fired up financial markets, which notched up fresh gains. But some worried the Trump administration was raising hopes before sharing the full data with researchers.

Fauci defended his decision as an effort to pre-empt confusion emanating from leaks of partial information from the trial.

“I would love to wait to present it at a scientific meeting, but it’s just not in the cards when you have a situation where the ethical concern about getting the drug to people on placebo dominates the conversation,” Fauci told Reuters by telephone.

“This is not democratic, this is not freedom. Give people back their goddamn freedom,” said the outspoken Tesla boss.

“I worry that reopening certain places too quickly before infection rates have been reduced to very minimal levels will almost guarantee future outbreaks and worse longer-term health and economic outcomes,” Zuckerberg said.

Will people return to shops?

The eyes of the retail world are on Germany, the first major Western economy to have allowed bigger stores to reopen. Will consumers be too worried to go out shopping or primed to unleash pent-up demand?

Global chains including H&M, Adidas, IKEA and Puma are trialling pandemic procedures likely to be used in other markets. Issues include how best to protect staff and disinfect surfaces, as well as how to keep customers a safe distance apart, with changing rooms a particular headache.

Early signs after bigger stores reopened last week show some cause for optimism. Germany’s IfW economic institute said that within days shopper traffic in major cities bounced back to about half of what is usual for this time of year.

Moore was appointed the first Honorary Colonel of the Army Foundation College, based near the town where he grew up, a position that came with the approval of Queen Elizabeth, the defence ministry said.

He raised the money by completing laps of his garden with the help of a walking frame, having initially set out to raise just 1,000 pounds. That figure means he now holds the Guinness World Record title for the most money raised by an individual through a walk.