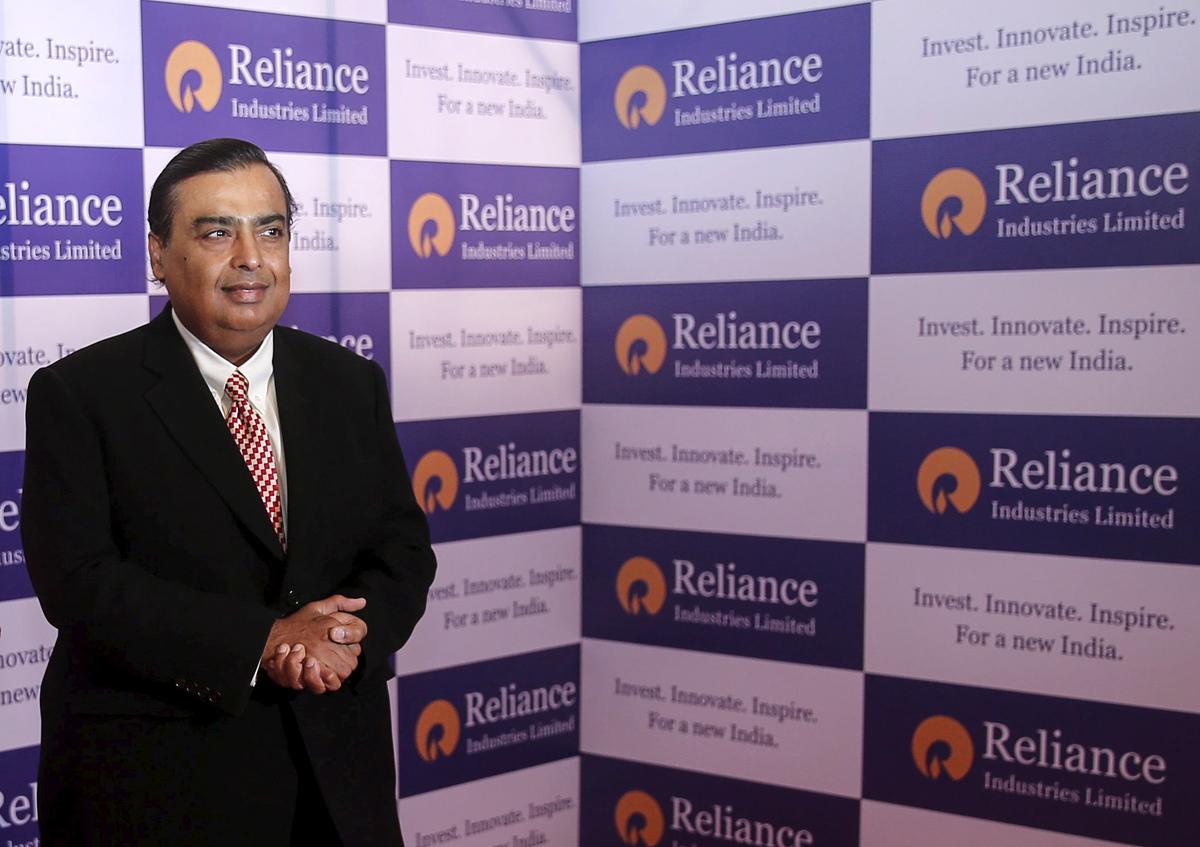 BENGALURU (Reuters) – Reliance Industries Ltd’s (RELI.NS) quarterly profit fell for the first time in three years as a slump in crude prices due to the coronavirus hammered its dominant energy businesses.

The company, India’s largest by market value, has in the last decade diversified to establish large telecoms and retail operations, but the energy division still accounts for the lion’s share of overall revenue.

The conglomerate led by Asia’s richest man, Mukesh Ambani, said on Thursday it wrote down 42.45 billion rupees ($565 million) to reflect inventory losses in its oil refining and petrochemicals businesses.

As a result, consolidated profit plunged 39% to 63.48 billion rupees ($845 million) in the three months ended March 31. Analysts on average had expected 105.20 billion rupees.

Profit pressure for the owner of the world’s biggest oil refining complex also forced it to cut the pay of some top oil-and-gas division employees by up to 50%, joining energy majors like Shell (RDSa.L) in preserving cash.

Brent crude lost an unprecedented two-thirds of its value in the first three months of 2020 as the health crisis crushed demand and oil producers failed to extend supply cuts.

Refiners like Reliance buy and store crude oil for weeks, before processing it into fuel and petroleum products. An inventory loss is booked when oil prices drop by the time products are shipped.

Reliance said gross refining margin, the profit earned on each barrel of crude oil processed, was $8.9 per barrel in the March quarter, less than the $9.2 in the prior quarter but better than the $8.2 a year earlier.

However, revenue at its telecom business Jio grew in double-digits as more Indians signed up for cheap voice-calling and mobile internet. Jio’s subscriber base at the end of March stood at 387.5 million.

The oil-to-telecoms giant unveiled the terms of a rights issue, its first in nearly three decades, to raise money and advanced its aim to eliminate net debt by the end of this year. Its net debt at the end of March was $21.4 billion.

The company said Jio Platforms, its digital arm, has received additional interest from global investors for a deal similar to Facebook’s proposed $5.7 billion purchase of a 9.99% stake.

Meanwhile, Saudi Aramco’s (2222.SE) purchase of 20% in its oil-to-chemicals arm was on track to close, the company said after it missed the deadline for closing the deal by March.

Reporting by Sachin Ravikumar in Bengaluru and Nidhi Verma in New Delhi; Editing by Arun Koyyur