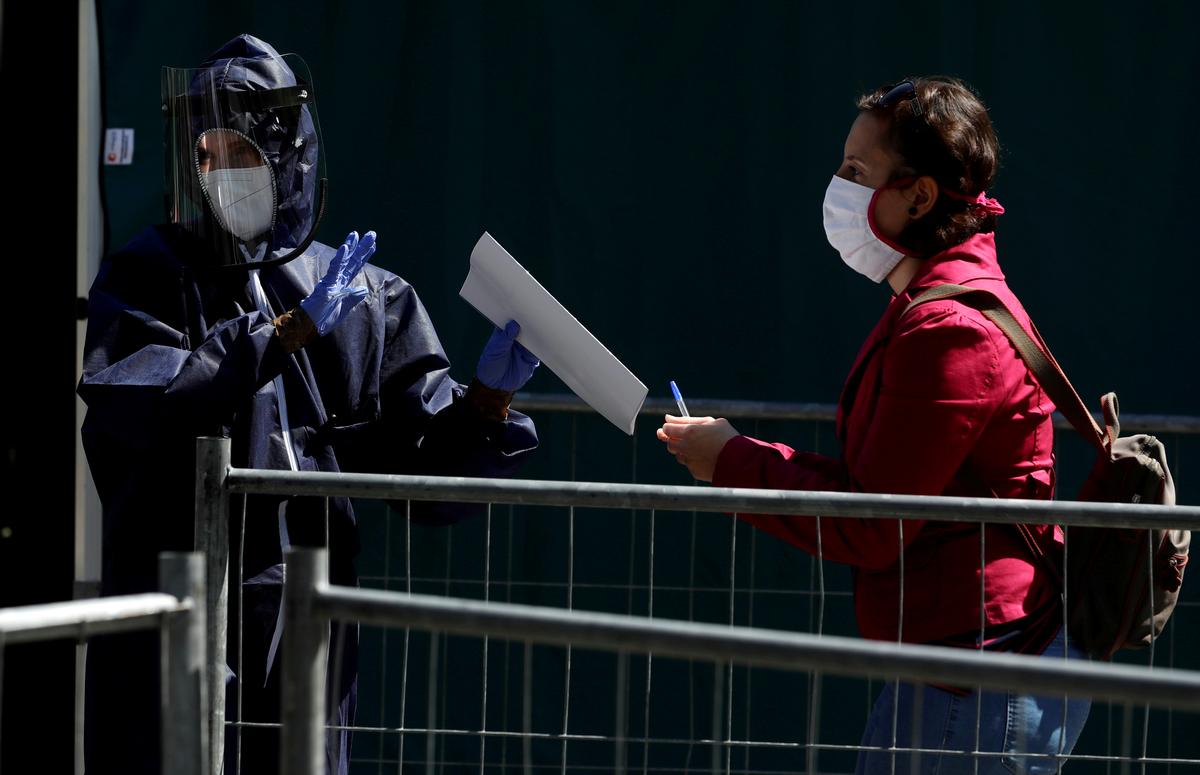 PRAGUE (Reuters) – The spread of the novel coronavirus has been contained in the Czech Republic and the government will continue to cautiously open up the economy, Health Minister Adam Vojtech said on Thursday.

FILE PHOTO: A medical worker gathers information from a woman that wants to get tested for the coronavirus disease (COVID-19) as a part of a study about undetected infections with the coronavirus in the population in Prague, Czech Republic, April 23, 2020. REUTERS/David W Cerny/File Photo

The country has seen the number of new cases drop below 100 for the past eight consecutive days, and the number of active cases has also been on the decline.

The ministry said the reproduction rate of the virus has dropped to 0.7, which means every newly infected person passes the infection to less than one other person.

Positive developments have prompted the government to start reopening shops and services as well as non-urgent medical care as doctors fear the impact of neglect in standard care.

“So far we do not see a negative trend resulting from previous relaxations,” Vojtech told a televised news conference.

“We will proceed with caution, gradually in the upcoming waves, and I believe we are on a good path,” he said.

The country has also seen a decline in the number of hospitalised patients, to 348 on Wednesday from a peak of 446 on April 9. So far 227 people have died, equal to 21 per million people.

The government, under pressure from business and the general population, has lifted most limits on movement and sped up reopening shops and services.

Most activities will be allowed as of May 11 and May 25. Stores of up to 2,500 square metres reopened on Monday.

The head of the Health Ministry’s epidemiological advisory team, Rastislav Madar, has cautioned about the faster relaxations, saying they may be risky.

Schools are not to reopen fully until September, and the government is also keeping in place an obligation to wear face masks in public and a ban on large public gatherings.

The government is hoping that a system of tracing and testing contacts of infected people, newly boosted by an army of testers, mobile apps and location data from phones and payment card transactions, will be enough to contain any flare-ups without the need to reintroduce blanket restrictions.

Mania in stocks like GameStop, surging options activity suggest a market pullback is coming
18 of the Best Word Game Apps in 2021
Chamath Palihapitiya closes GameStop position, but defends investors’ right to sway stocks like pros
GameStop surges another 40% in the premarket to $490 as mania continues
Dow futures drop 300 points, S&P 500 set to fall from record