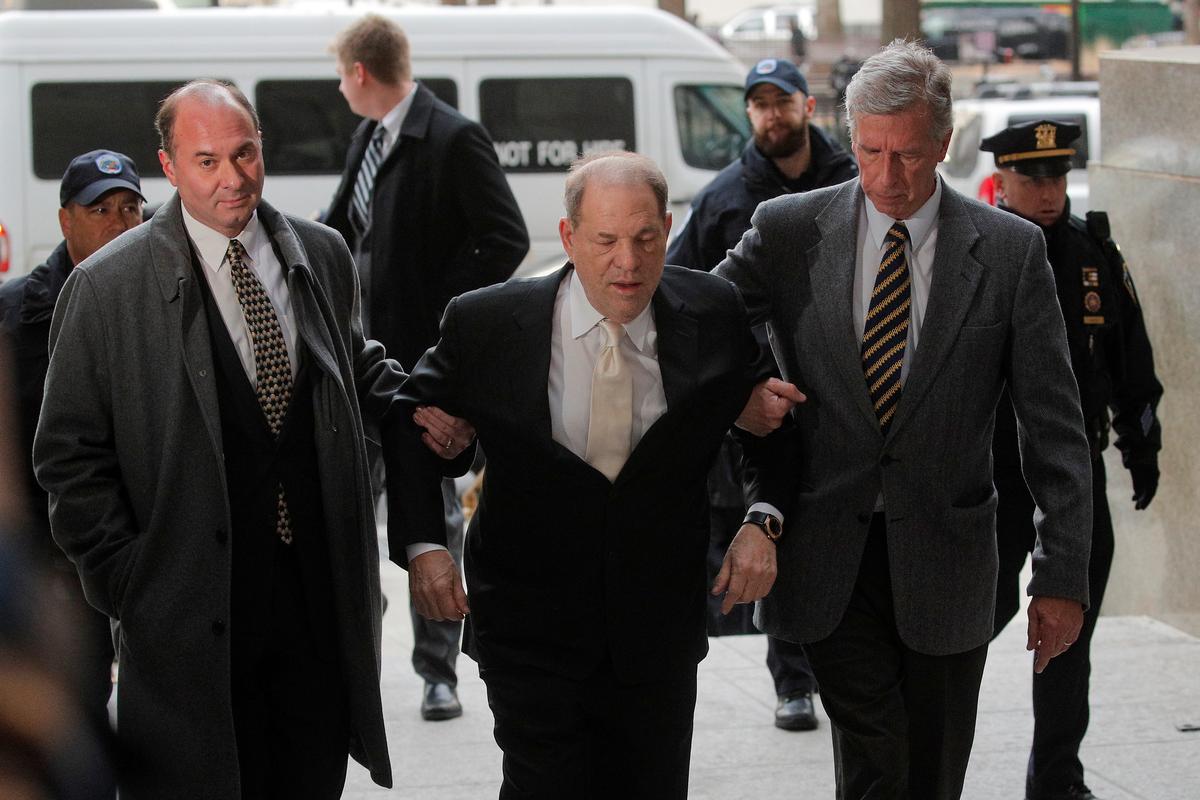 Weinstein, 67, has pleaded not guilty to charges of assaulting two women, Mimi Haleyi and Jessica Mann. Sciorra’s allegation is too old to be charged as a separate crime, but prosecutors hope it will show that Weinstein was a repeat sexual predator, a charge that could put him in prison for life.

“All my power All my heart All my strength I give to you dear friend and warrior … #AnnabellaSciorra,” Barkin wrote on Twitter on Thursday morning. “I love you.”

The trial is a watershed moment for the #MeToo movement, in which women have gone public with allegations against powerful men in business and politics.

Since 2017, more than 80 women, including many famous actresses, have accused Weinstein of sexual misconduct.

“Annabella, Mimi, Dawn gratitude brave warriors we are with you in solidarity,” actress Rosanna Arquette wrote on Twitter on Thursday. Dawn Dunning is among the women who are expected to testify about Weinstein’s pattern of behavior, although he is not charged with assaulting her.

Weinstein walked slowly into court, helped by two members of his team, followed by an associate who was carrying a walker, which Weinstein has been using as he recovers from back surgery.

During opening statements on Wednesday, New York prosecutors accused Weinstein of committing violent attacks on aspiring actresses, who they said suffered shame and humiliation as they internalized trauma from the encounters.

Defense attorneys countered that emails from the accusers to Weinstein would show they maintained warm relations, which could undermine a case that appears to rely primarily on the testimony of the accusers.

Weinstein, who reshaped the independent film industry with critically acclaimed pictures such as “The English Patient” and “Shakespeare in Love,” has denied the allegations and said any sexual encounters were consensual.

Assistant District Attorney Meghan Hast told jurors on Wednesday that Weinstein raped Sciorra, best known for her role in HBO’s “The Sopranos,” on a winter night in 1993 or 1994. After giving her a ride home and dropping her off, Hast said, Weinstein knocked on her door unannounced, forced his way inside and assaulted her.

Damon Cheronis, one of Weinstein’s lawyers, said in his opening statement that Weinstein could not have gotten to Sciorra’s 17th-floor apartment uninvited because her building had a doorman, and that Sciorra had in the past described the encounter as consensual.

Cheronis offered a similar defense for the other accusations against his client. In each case, he said, women had reframed consensual relationships as predatory after the fact.

Cheronis said emails and text messages would show that Haleyi, who has said Weinstein forcibly performed oral sex on her in 2006, repeatedly reached out to him in the following years. Mann, whom Weinstein is accused of raping in 2013, even told Weinstein she loved him and that she wanted him to meet her mother after the alleged attack, Cheronis said.

Hast said that the women kept in touch with Weinstein because they “felt trapped.” She told jurors they should not discount the allegations simply because Weinstein did not fit the profile of a rapist grabbing victims “in a back alley.”

“Here the rapist was at the pinnacle of the very profession his victims strived to make a career in,” she said.