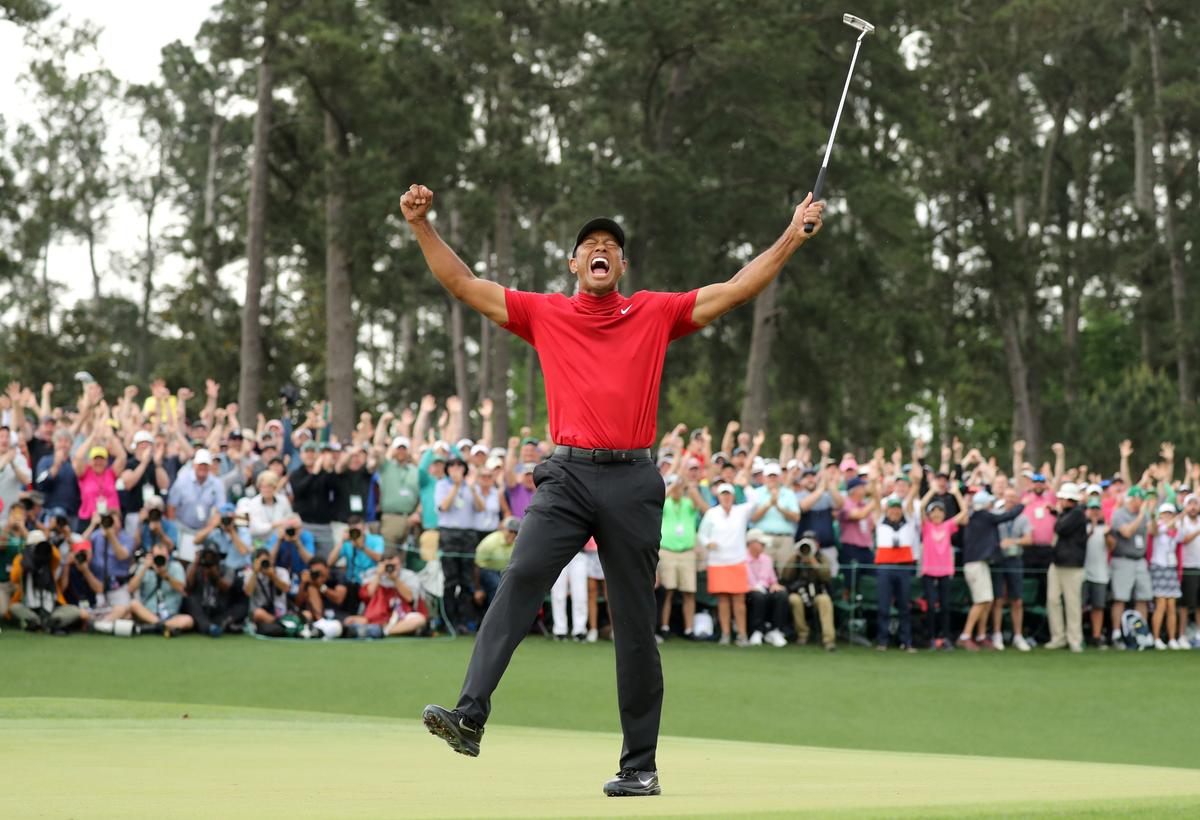 Many of ‘Slammin’ Sammy’s’ victories – achieved from 1936 to 1965 – came before the tour existed in its current form, back in an era when there were was a looser affiliation of events, rather than today’s highly structured circuit.

Indeed, in 1987, then-PGA Tour Commissioner Deane Beman set up a panel of golf historians to sift through Snead’s victories with a fine tooth comb, deciding which to include in the official tally and which to discard.

The final number displeased many on both sides. Snead supporters were disappointed that several were excluded, and Snead himself thought the official number should have been 89.

Others felt, however, that some of the inclusions were not warranted.

But more than three decades later, Beman is comfortable with the figure of 82, while acknowledging there were some tough judgment calls that had to be made.

Although Snead and Woods are officially tied, the latter in Beman’s opinion is clearly the best tour player ever.

“Whose 82 victories demonstrate the higher level of accomplishment?” Beman said in a telephone interview with Reuters before answering his own question.

“No question in my mind Tiger’s 82 is far more significant. I’m not sure it’s even real close because when Snead won his 82 events, he was playing against obviously accomplished players but there weren’t as many back then who on any given week could have expected to win.

Beman noted the difficultly the panel he appointed faced in deciding what Snead victories to count as official.

For example, five of Snead’s wins came in team events.

The panel decided to include them because of their historical significance, and also to credit Snead for his four wins at Pebble Beach, even though one came in an 18-hole tournament in 1936.

Another was achieved in a 54-hole event at Pebble Beach that ended in a four-way tie, with each player credited with victory rather than return the next day for a playoff.

But the panel also concluded that Snead had won 62 tournaments that did not merit inclusion in the official total.

Among tournaments it deemed not worthy of official victory status were the 1940 Ontario Open in Canada, because it included only one other touring professional, and an LPGA event played on a par-three course.

“The difficultly in accomplishing what (the panel) ultimately accomplished was that until then, there was no specific criteria (for official victories),” Beman said.

“They had to develop criteria in retrospect, which is always dicey and can always be clouded with personal wants and objectives.

“But even though it is not an exact process and one that would create some controversy then and into the future … they tried to treat the players in the past the fairest way they could based on the way the tour was back then.”

But if Snead’s tally of 82 is rather arbitrary, Woods’ is anything but, because he knew ahead of time what events were official and which were not.

Woods, 44, said on his 82nd victory in October that he hoped to play into his 50s, health permitting.

If he does not pass Snead this week at the Farmers Insurance Open in San Diego, Woods will surely get many more chances to officially take sole possession of a record that, had the Snead panel been stricter, might have been broken years ago.

On the other hand, had the panel been less strict, Woods might still be facing a daunting task.

Beman, for his part, is not interested in second-guessing the panel’s conclusions.

“They did the best job they could under the circumstances, came up with (82) and that’s what it is,” he said.

Reporting by Andrew Both in Cary, North Carolina; Editing by Peter Cooney

Louise Sunshine, reeling from $2M loss on penthouse, buys $3M Miami condo
4 Tips for Discovering a Great Business Idea During the Pandemic
What pandemic? Big restaurant to open in Greenwich Village
Pandemic limbo pushes New Yorkers to test out other places to live
Hotelier André Balazs has been trying to sell his Soho loft for 13 years