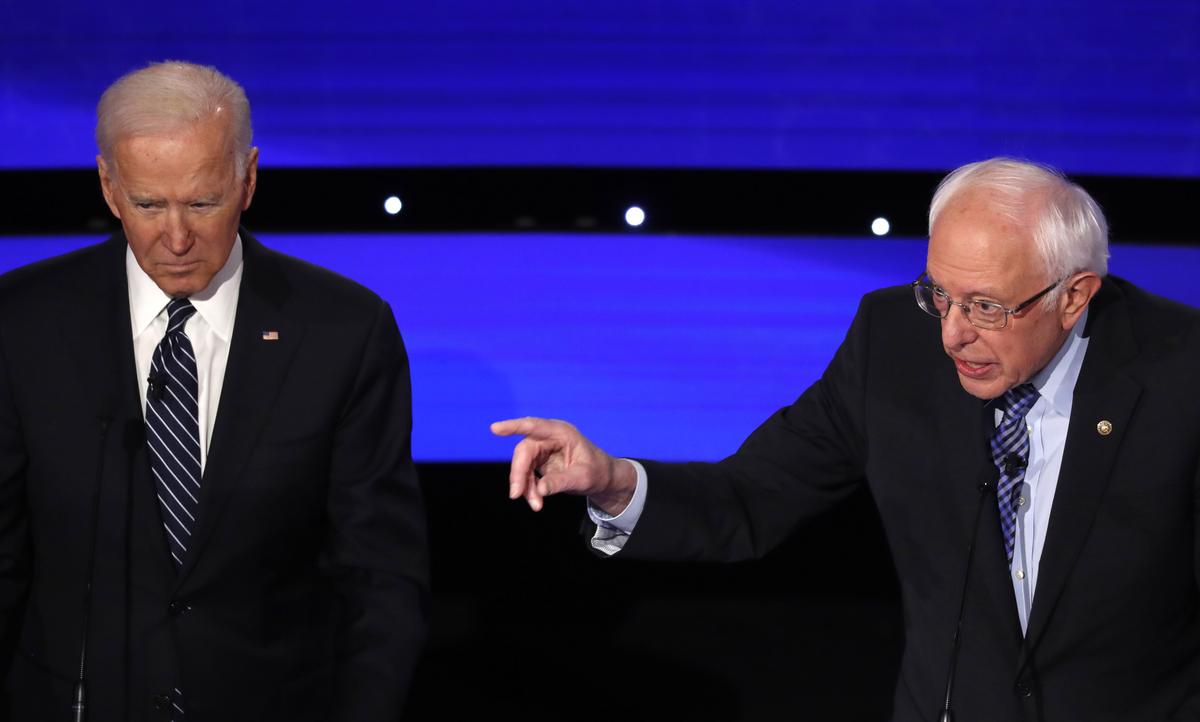 DES MOINES, Iowa (Reuters) – U.S. Democratic presidential contenders Bernie Sanders and Joe Biden clashed on foreign policy and trade in a debate in Iowa on Tuesday, drawing sharp distinctions as they battle for the top spot in an unsettled White House field three weeks before the first vote.

At the last debate before Iowa voters kick off the Democratic nominating race on Feb. 3, the two contenders touted their judgment and records on issues like authorizing the Iraq war and strengthening trade deals.

The debate was the seventh in the race to find a November election challenger to Republican President Donald Trump, and the last before Iowa’s caucuses on Feb. 3, giving the contenders a final high-stakes chance to make their case to voters.

Sanders, a longtime antiwar advocate who voted against the 2002 authorization of war in Iraq, criticized Biden for supporting the war and said they heard the same arguments from officials in former President George W. Bush’s administration before coming to different conclusions.

“I thought they were lying, I did not believe them for a moment,” Sanders said. “I did everything I could to prevent that war. Joe saw things differently.”

Biden, a former chairman of the Senate Foreign Relations Committee who touts his security credentials, acknowledged the vote “was a big, big mistake” and said that as President Barack Obama’s vice president, he worked to bring the troops home.

“It was a mistake to trust that they weren’t going to go to war,” Biden said of the Bush administration. “It was a mistaken vote, but I think my record overall on everything we have done, I’m prepared to compare it to anybody’s on this stage.”

On trade, Sanders said he and Biden had “a fundamental difference” on the worth of regional free trade agreements like Trump’s new agreement with Mexico and Canada, called the USMCA, which Sanders opposes and Biden backs.

“I don’t know that there’s any trade agreement that the senator would ever think made any sense,” Biden said.

Sanders said the agreements “were written for one reason alone, and that is to increase the profits of large multinational corporations.”

With surveys showing a virtual tie in Iowa and a largely undecided electorate, all the candidates face mounting pressure to make an impression.

The debate stage was the least crowded since the debates began in June, with the Democratic National Committee’s toughened polling and fundraising requirements to qualify eliminating other candidates.

The Iowa debate is the first of four to be held in slightly more than a month as the first four states kick off the voting in February. The next debate will be Feb. 7 in New Hampshire, followed by debates on Feb. 19 in Nevada and Feb. 25 in South Carolina.