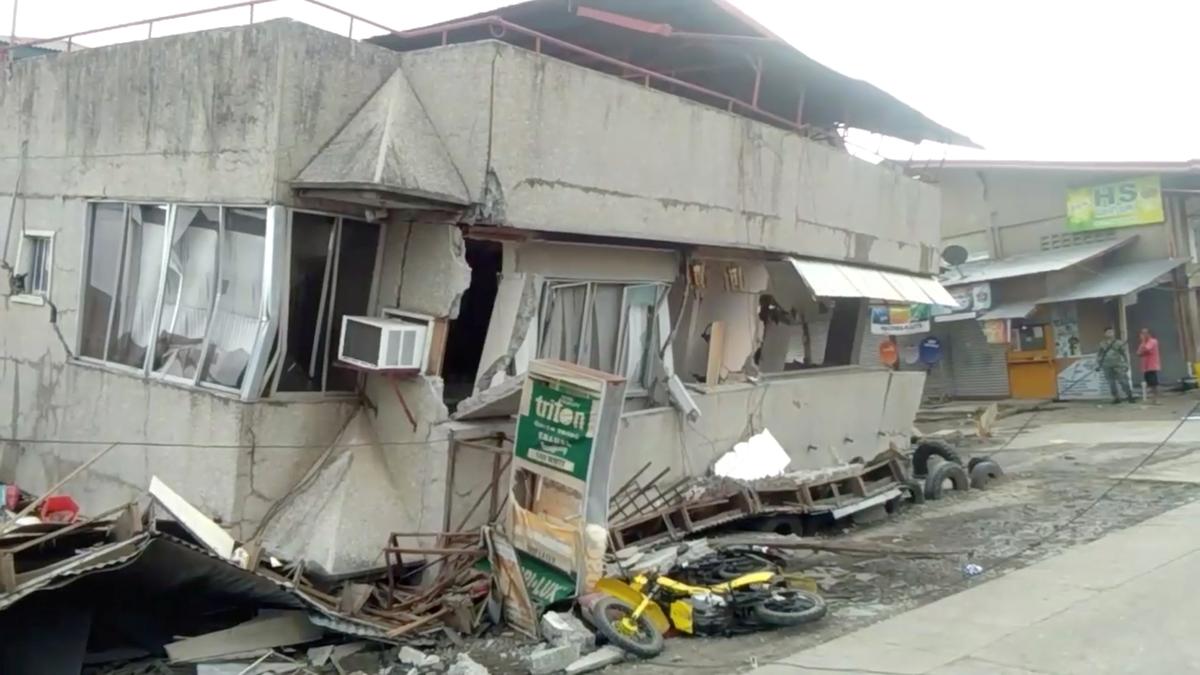 MANILA, Philippines (Reuters) – A strong earthquake struck near the Philippine city of Davao on Sunday, killing a child, damaging buildings and causing several injuries, officials said, the latest in a series of tremors to strike the southern part of the country in recent months.

The magnitude 6.8 quake was centred 61 km (38 miles) southwest of Davao on the island of Mindanao, at a depth of 28.2 km, the U.S. Geological Survey said, revising down the magnitude from an earlier 6.9.

The Pacific Tsunami Warning Center said there was no tsunami threat from the quake, based on available data.

Vincent Fernandez, the mayor of Matanao town in Davao del Sur province, near the epicentre, told Radio DZMM that a six-year-old girl had died after a wall collapsed on her.

Fernandez said the extent of the damage was not yet clear but authorities needed food, water and tarpaulins and blankets to help residents.

Anthony Allada, public information officer of nearby Magsaysay Town, said 14 people were injured but none seriously. Roads and buildings, including the local government office, were damaged and power was out in the town, he said.

The region was shaken by four powerful quakes in October and November, which together killed at least 20 people.

“We don’t know what to do anymore. Do we respond first or attend to our families first?”, Allada told Radio DZMM.

President Rodrigo Duterte, who is from Davao, was in the city when the quake struck.

“He is ok. He and his daughter Kitty were in their house when the quake struck,” presidential spokesman Salvador Panelo said. “First Lady Honeylet was on her way home when the ground trembled. She said her car was swaying. She is unhurt.”

A three-story building collapsed in the town of Padada, in Davao del Sur, the local disaster agency reported. Authorities said some people were inside the building, which housed a grocery market, and a rescue effort was underway.

“I saw the building when it fell,” Leighton Angcan, a resident of Padada told Reuters. It was the tallest here and it was really destroyed. I saw people running outside.”

Video footage posted by users on Twitter showed overhead electrical wires swaying and erupting in a shower of sparks. Another video showed water sloshing out of a hotel swimming pool.

The Philippine Institute of Volcanology and Seismology (Phivolcs) said damage and aftershocks could be expected.

Several strong aftershocks were recorded after the main tremor, the strongest a magnitude 5.7 centred north of General Santos City.

The Philippines sits on the geologically active Pacific “Ring of Fire” and experiences frequent tremors.