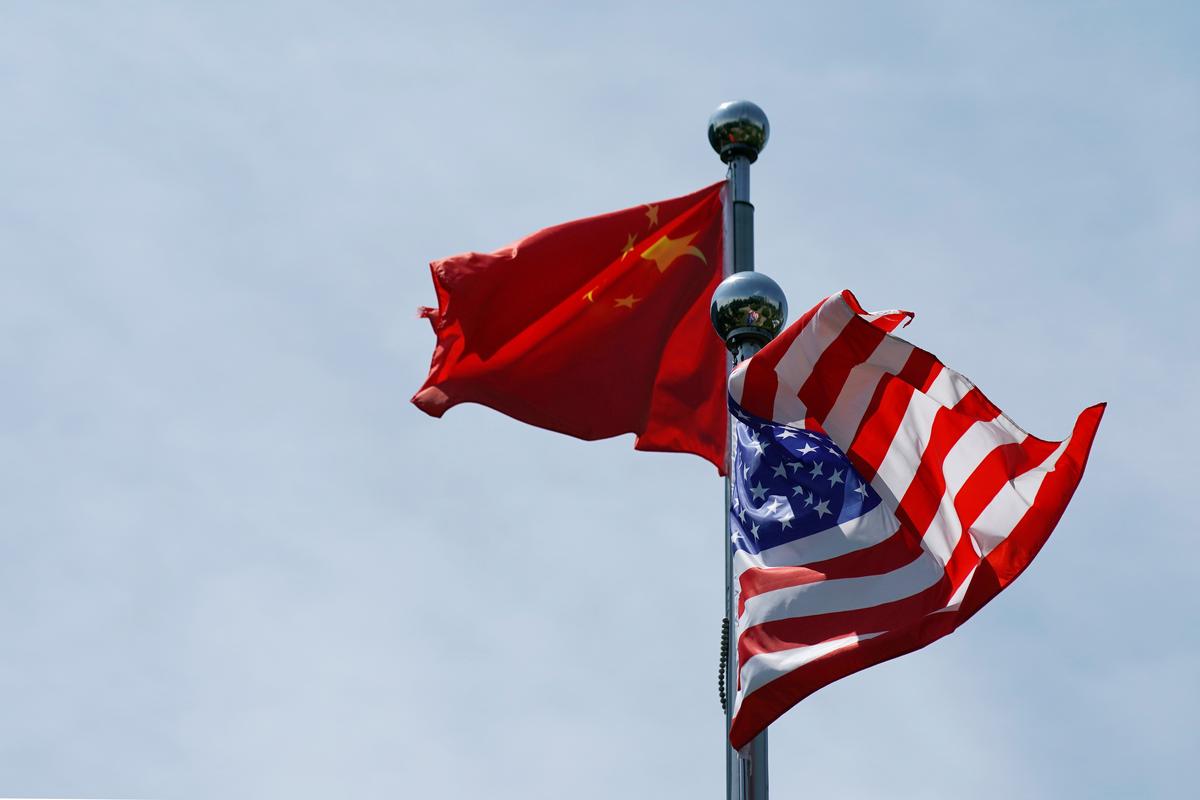 BEIJING (Reuters) – China said on Monday U.S. military ships and aircraft would not be allowed to visit Hong Kong, and also announced sanctions against several U.S. non-government organisations for encouraging protesters to “engage in extremist, violent and criminal acts.”

The measures were announced by China’s Foreign Ministry in response to U.S. legislation passed last week supporting anti-government protesters. It said it had suspended taking requests for U.S. military visits indefinitely, and warned of further action to come.

“We urge the U.S. to correct the mistakes and stop interfering in our internal affairs. China will take further steps if necessary to uphold Hong Kong’s stability and prosperity and China’s sovereignty,” ministry spokeswoman Hua Chunying said at a daily news briefing in Beijing.

There are fears that the dispute over Hong Kong could impact efforts by Beijing and Washington to reach a preliminary deal that could de-escalate a prolonged trade war between the world’s two largest economies.

“They shoulder some responsibility for the chaos in Hong Kong and they should be sanctioned and pay the price,” said Hua.

In more normal times, several U.S. naval ships visit Hong Kong annually, a rest-and-recreation tradition that dates back to the pre-1997 colonial era and one that Beijing allowed to continue after the handover from British to Chinese rule.

A U.S. defense official, speaking on condition of anonymity, said China’s move would not have an impact on U.S. military operations.

The State Department did not immediately respond to a request for a comment.

Visits have at times been refused amid broader tensions and two U.S. ships were denied access in August.

The USS Blue Ridge, the command ship of the Japan-based Seventh Fleet, stopped in Hong Kong in April – the last ship to visit before mass protests broke out in June.

Foreign NGOs are already heavily restricted in China, and have previously received sharp rebukes for reporting on rights issues in the country, including the mass detention of Uighur Muslims in Xinjiang.