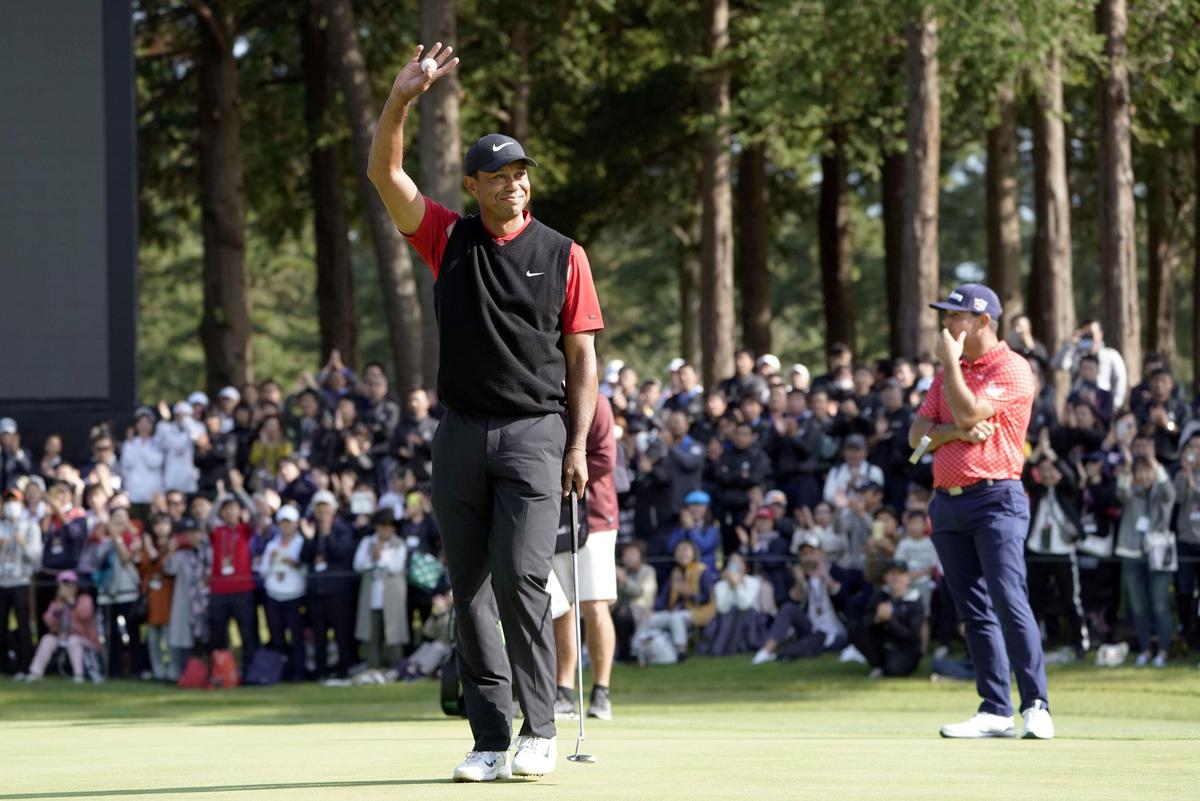 MELBOURNE (Reuters) – Some golf fans thought they had seen the last of Patrick Reed in U.S. colours after his extraordinary outburst in the wake of last year’s Ryder Cup but Tiger Woods has put history aside to include ‘Captain America’ in his Presidents Cup team.

Tiger Woods celebrates to win the final round of the Zozo Championship, a PGA Tour event, at Narashino Country Club in Inzai, Chiba Prefecture, east of Tokyo, Japan October 28, 2019, in this photo released by Kyodo. Mandatory credit Kyodo/via REUTERS

Woods named Reed — and himself — among his captain’s picks for next month’s tournament at Royal Melbourne, opting for the incendiary 29-year-old over the more experienced and measured personality of Rickie Fowler.

If Woods’s pencil hovered over Reed’s name for a moment before circling, few would have blamed him.

The pair combined for one of the more disappointing combinations at Le Golf National last year, losing both their matches as the United States relinquished the Ryder Cup after a 17.5-10.5 thrashing by Europe.

Reed rubbed salt into the wounds with a now infamous New York Times interview in which he lashed out at team mate Jordan Spieth for not wanting to pair with him in Paris and said Woods had apologised to him for playing poorly.

Reed has never been known to possess much of a filter but his takedown of the U.S. performance drew condemnation from a slew of former players and pundits.

Some 13 months on, though, Woods suggested it was all water under the bridge.

“So this is a person that is as fiery as they come and he’s bleeding red, white, and blue and he will do anything to get points for you, and that’s what we want,” the 15-times major champion told reporters.

“We want points, and he’s a great team guy in there because he knows that when he goes out on that golf course, he’s going to give you absolutely everything he has, and that’s admirable.

“And the guys are looking forward to embracing him and having him be a part of this team.”

Reed has a record of four wins, three losses and two halved matches from his two Presidents Cup appearances and he was one of the standouts when the United States thumped the International team at Liberty National in 2017.

Barring an unlikely injury crisis there is little chance Reed will cross paths with Spieth in Australia, with Woods overlooking the former world number one after a poor season.

Woods’s other two picks, Gary Woodland and Tony Finau, joined the conference call with reporters on Friday but Reed was excused for being in an unfriendly time zone.

A written statement channelled through the PGA Tour was a safer way of thanking Woods for his selection.

“I was just so happy,” Reed said of getting Woods’s call.

“Still am. And I let Tiger know how honoured I am that he picked me and how much it meant to me to be on the team and that he can count on me.”