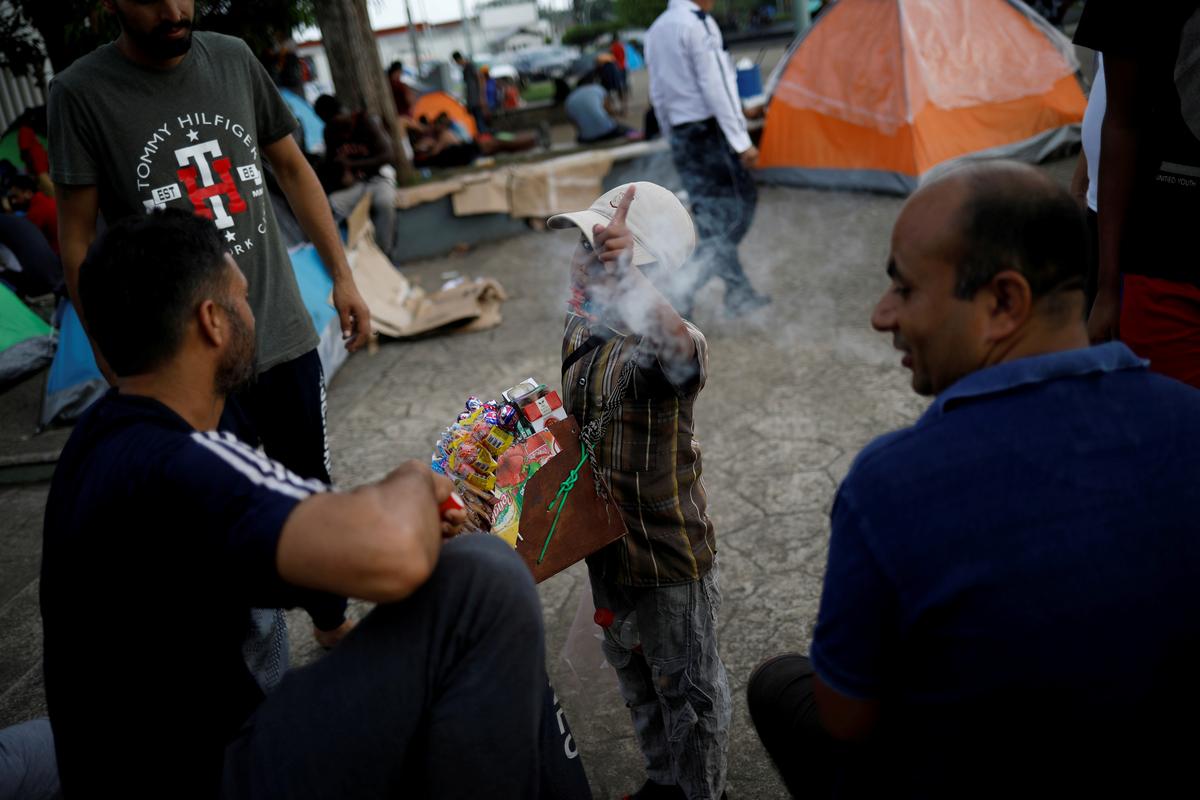 FILE PHOTO: A boy selling candies and cigarettes gestures to the camera as he argues with migrants from India outside of Siglo XXI migration facility in Tapachula, Mexico, May 13, 2019. REUTERS/Andres Martinez Casares

MEXICO CITY (Reuters) – Mexico has deported over 300 Indian nationals to New Delhi, the National Migration Institute (INM) said late on Wednesday, in what it described as an unprecedented transatlantic deportation.

The 310 men and one woman that INM said were in Mexico illegally were sent on a chartered flight, accompanied by federal immigration agents and Mexico’s National Guard.

The people had been scattered in eight states around the country, INM said, including in southern Mexico where many Indian migrants enter the country, hoping to transit to the U.S. border.

“It is unprecedented in INM’s history – in either form or the number of people – for a transatlantic air transport like the one carried out on this day,” INM said in a statement.

The Mexican government in June struck a deal with the United States, vowing to significantly curb U.S.-bound migration in exchange for averting U.S. tariffs on Mexican exports.

Caitlyn Yates, a research coordinator at IBI Consultants who has studied increasing numbers of U.S.-bound Asian and African migrants arriving in Mexico, said the backlog of migrants in southern Mexico has grown as officials have stopped issuing permits for them to cross the country.

“This type of deportation in Mexico is the first of its kind but likely to continue,” Yates said.

All signs are bullish, so why are gold prices in a rut?
Don’t you step on my rhinestone studded jockstrap – Elvis memorabilia for sale
AT&T launches HBO Max, vying with Netflix, others for quarantine viewing
Endeavour Silver 1Q revenues decline on mine suspension, build in inventory
Rihanna eyes Hamptons house that cost $800K for the summer