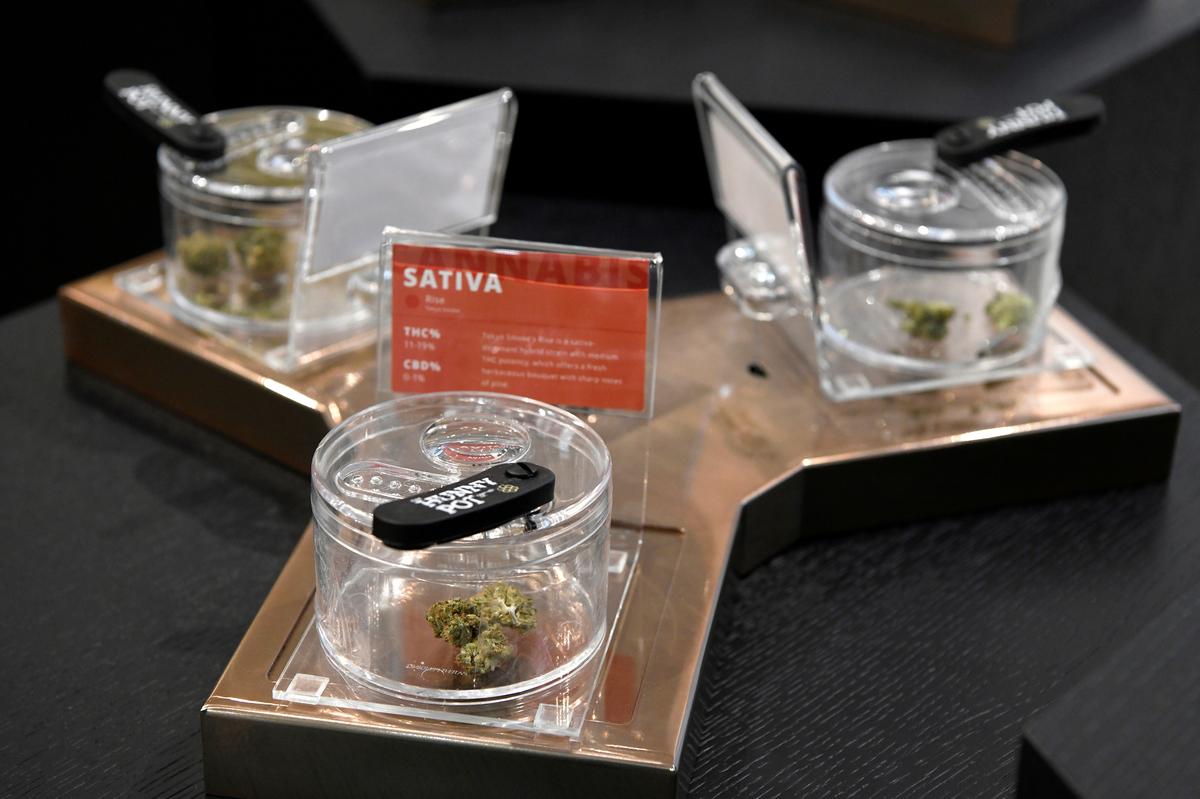 (Reuters) – A year after Canada legalized use of recreational marijuana cannabis stocks have lost half their market value, and investors betting that the launch of higher-margin pot-infused drinks and other products will quickly lift shares may be in for a bumpy ride.

So-called cannabis 2.0 – legalization of marijuana derivatives including edibles, beverages, extracts and vape pens – takes effect on Thursday, with sales seen beginning in mid-December. While that is expected to help sagging share prices, the crucial factor for a turnaround is a significant increase in the number of stores selling the products, investors, companies and analysts said.

About half that number currently exist, with about 300 of those stores in Alberta, which has looser regulations than the rest of the country, while the most populous provinces of Ontario and Quebec have lagged far behind.

“We would probably give the first year a C minus,” said Seaport Global analyst Brett Hundley, giving the industry performance a barely passing grade.

The slow roll-out of stores “creates a real problem for Canadian licensed producers, because they’ve expanded rapidly with cultivation and production facilities and have nowhere to go,” he added.

Canada’s biggest cannabis companies including Canopy Growth (WEED.TO) (CGC.N) and Aurora Cannabis (ACB.TO) reported larger-than-expected losses in the latest quarter and pushed back their timelines to profitability, blaming their woes on the need for more stores to sell their wares.

Regulations for the new marijuana products market, which include restricting each package to 10 milligrams of THC – the psychoactive compound in cannabis – will add to companies’ costs, said Ryan Greer, co-chairman of the Canadian Chamber of Commerce’s National Cannabis Working Group, which is made up of Canadian marijuana companies.

With each province responsible for its own retail rules and taxes, the fragmented approach to regulating the industry will continue to raise costs and create distortions in the market, Greer said.

One such distortion is evident in prices, with consumer paying far higher prices for legal weed, according to industry experts.

“Too high a level of taxation at the inception of a legal consumer system can be a disincentive for consumers to make that move from black market to legal market,” said Aurora Chief Corporate Officer Cam Battley.

Challenges facing the industry and disappointing financial results have spooked investors who had piled into the sector amid initial euphoria in the run-up to legalization of recreational cannabis last Oct. 17.

“Now, this year these companies are coming more under the microscope by investors and people are saying, ‘hey, when are you going to start making money?’” said Andrew Kessner, analyst at William O’Neill & Co.

The current investor attitude reflects the search for clarity on the real long-term value of these companies.

An investment in excess of $4 billion in Canopy led brewer Constellation Brands (STZ.N) to report a quarterly loss this month. But Canopy Chief Executive Mark Zekulin remains optimistic about the long-term prospects for the industry.

“It takes a lot of capital money, a lot of operating money, bringing these large facilities up to scale,” Zekulin told Reuters.

“But at the end of the day,” he said, “the multi-100-billion-dollar cannabis opportunity that existed yesterday still exists today.”

Reporting By Nichola Saminather in Toronto and Shariq Khan in Bengaluru; Editing by Denny Thomas and Bill Berkrot